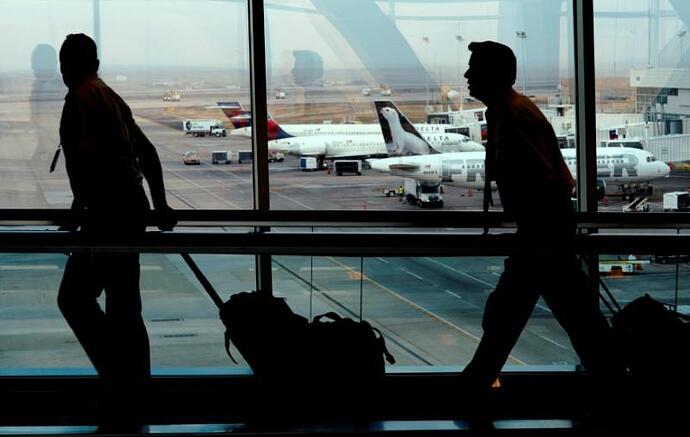 Just incredible … that’s one hell of a lot of safe flights!

And guess who is saying he should get the credit…

What is amazing is how regions which were basket cases just a few years ago (Russia in particular) are now able to participate in this amazing accomplishment. There are a lot of possible reasons but primarily I think it is training and the adoption worldwide of first-world crew management concepts.

It’s a lot to do with mindset through the whole chain as well, from ramp workers, maintenance and tower to the whole flightcrew and other ground support. Let’s have one for ourselves today eh?!

Safety is definitely a team effort. When you break it down, a commercial flight is all about putting a large number of delicate bodies into an aluminum tube, in close proximity to a large quantity of flammable fuel. You then accelerate the tube down a length of asphalt until you reach a speed where it will fly. You then take that tube several miles up and fly at speeds approaching that of sound, in a very hostile environment for the human body. The aluminum tube is then flown hundreds, or thousands of miles, over land and sea to a predetermined landing point. To top it all off, it needs to be affordable to the masses and profitable for the operators.

It is amazing to me that in such a short time (115 years since the first powered flight), we have managed to make commercial flight not only possible, but so safe and so routine that we take it for granted. That is exactly what we have done and we do it literally thousands of times a day, all around the world with very few major incidents.

Heheh it’s a good description. Seems right out of the “Hitchhiker’s Guide to the Galaxy”.

I’d love to see how you describe other, more mundane activities!

The most credit should really go to the people who are not even involved in day-to-day aviation operations, like the engineers and inventors who have given us TCAS, EGPWS and GPS. The other successes are cultural. Airlines, unions and government aviation authorities have nurtured a worldwide culture within the industry where mistakes are opportunities for learning, not punishment and the admission of errors is a noble act. It is a culture that was born in our industry only recently and one which other technical groups (medicine in particular) are slowly adopting.

What’s really amazing is that while air travel is so safe, land travel is still not. What is it, 40k deaths in the US annually still, not counting the rest of the world?

Yeah, I think automated cars will be a good idea. While it won’t eliminate the accidents, I guarantee the number will be at least an order of magnitude lower. Imagine only 4k deaths in the US from cars, and then that number shrinking as the AI is improved. It’s obvious human intelligence isn’t improving and that’s why the number of fatalities has bottomed and is now climbing again as the population increases.

This is where I put on my “idiot hat” (hmmm, fits really well). I don’t think the public will accept lower traffic accident rates if the remaining accidents continue to be the fault of the automated system. The terror of being helpless to the whims of code, sensors and logic will be hard for many of us to accept. We have evolved to understand human failing, not to appreciate statistics. Commercial aviation has succeded not through a reliance on automation, almost the opposite in fact post-Air France, but for a myriad of reasons some of which are mentioned above. There are no public naysayers about the immediate dominance of automated, networked road traffic. And I don’t understand why. It’s easy to find someone who gets a big microphone to deny climate change or evolution. But not driverless cars! No, we will all be in them in 15 years. To say otherwise makes you a Neanderthal.

(@TheAlmightySnark, I’ll add this here to avoid spamming with another post):

The question is really one of reliance. Since Air France the training has focused on ensuring that air crews have high levels of confidence in basic flying skills so that they can better determine a level of automation appropriate to the situation. The day such confidence is lost or intentionally trained away, pilots will have become a hinderance to safety and flight will be safer with us staying home to join the ranks of switchboard operators and pony express riders.

That is a fair point, I still think automation has an important part to play in aviation. Only then the AF crash made people realize that it’s not meant to be a end-all solution. Automation is still used tremendously to support the pilots and provide clearer and better information.

I am a bit of two minds on this topic though. Especially once you’ve had a chance to sniff around in a modern cockpit like the A350 or B787.

I do understand your advocacy and point quite well though, and it’s important to still have that voice out there.

See, that’s why I will never understand people.

To say you’d prefer 40k+ deaths a year to drunk driving, distracted driving, stupid drivers, and plain incompetence to 90% fewer caused by automation makes no sense. It’s better to be killed by an idiot than a machine? We prefer losing more friends and family as long as there’s a face to blame?

We can improve the machines to make fewer accidents, we can’t improve the idiots. Any attempt at trying gets labelled as eugenics with negative overtones. Also, the test for a driver’s license is laughable, there are easily millions who should not have one that passed it easily.

You are not wrong Jedi. But autonomus vehicles are still theoretical. The only numbers about their safety come from companies like Google, Tesla and Uber which have massive financial interests in pushing the most optimistic predictions of performance. The human mind is both flawed and miraculous. I guess I am hardwired to see the miracle moreso than the flaws.

When I took the test for my US drivers license, I turned up at the DMV thinking I was only there for the written exam. I passed that easily and was then a little shocked when I was told it would just be a few minutes before they would be ready for the driving test.

I had never driven on the right side of the road with the drivers seat on the left side of the vehicle. We negotiated a 30 minute delay and my wife took me around the area where she had taken her test back when she was 16. My examiner took me to exactly the same area and about 20 minutes later I had a shiny new license in my hand.

I was certainly not really safe to drive though, and had to exercise extreme caution and vigilance until I felt at ease. So yes, the drivers test is a joke over here. It’s a different story in the UK where the test is about an hour long (I failed it twice).

Regarding completely autonomous driving, I’m a little skeptical because there are so many variables and hazards involved.

Part of the problem will be mixed drivers and auto. Dedicated lanes would be the best way. Certainly better than the farce that is the HOV lanes now. 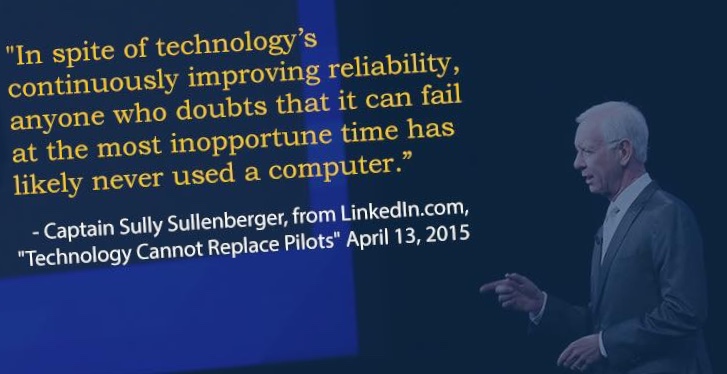 There you go! What algorithm decides on the Hudson over Teterboro?

And how many people have failed?

Don’t have the statistics for 2017, but I attended a flight safety congress a few years ago and the stats were pretty clear. Humans save more tech fail situations than they create human error situations. But then again, automation and technical safety systems safeguard a lot of potential human errors too.

It’s not a case of either or.
The issue is a lot more complex.
I think that human system operators and technical systems that aid the operator, is the key.

There have been several accidents and incidents that was labled ”human error” in the past, that really were a failure of the system design. Sure, the pilot didn’t interpret the data correctly, but then again, 3 other pilots did the same mistake? Pilot error, or system design?

I think that removing the human from the equation is a mistake. We should use technology to aid the human operator, not remove him.

That’s a great post Troll. I really wish I had the education to back up my awe of the human brain. So much money, time and intellect is being spent on bypassing it as nothing more than a slow, flawed, emotional, single-threaded, low-grade processor. I accept all that but it is also capable of such adaptability. Driving from Buffalo to the airport this morning in blowing snow our driver had no lines or reflectors to mark lanes. The braking conditions were marginal. But he did a great job, along with the rest of the traffic, in getting us there safely. The other great thing about the human system that got us to the airport was that no internet was needed. Our network was one of human cooperation. That relates to one of the reasons why we still maintain a fleet of U-2s. Even if the enemy takes out the network and the GPS constellation, we still have a dude who can read an altimeter, a map and a compass.

Now, only if we could get students to stop trying to kill CFIs.

I know one thing. If a Go Pro had been mounted in some of the airplanes I had flown with students, and my insurance agent had seen some of the footage, I’d have had coverage dropped in about five seconds.