On Friday the 13th of June, 1952, a SwAF DC-3 (SwAF designation Tp79) took off from Bromma Airport in Stockholm on a signal intelligence gathering mission over the Baltic sea. The crew of 8 would never return. A Soviet MiG-15 attacked the aircraft in international airspace and shot it down. When searching for the missing aircraft they found a life raft that was shot to pieces… A SwAF “Catalina” SAR aircraft was also attacked and shot down by soviet fighters, when searching for the DC-3. The crew of the Catalina survived and were rescued.
The wreckage of the DC-3 was found in 2003 and raised the year after. It is now on display in the Airforce Museum in Linköping.

The Swedish Airforce did a tribute flight in honor of the fallen. 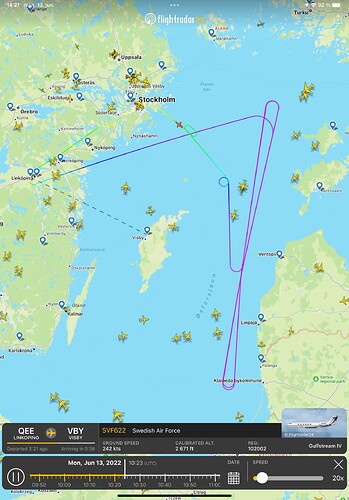