Looks like some of the crew became ill on a SFO to London and it was over the Prairies and intended to divert to Calgary. Being a big guy, it decided to just go on to Vancouver instead, I guess due to Calgary not being equipped for the 380? 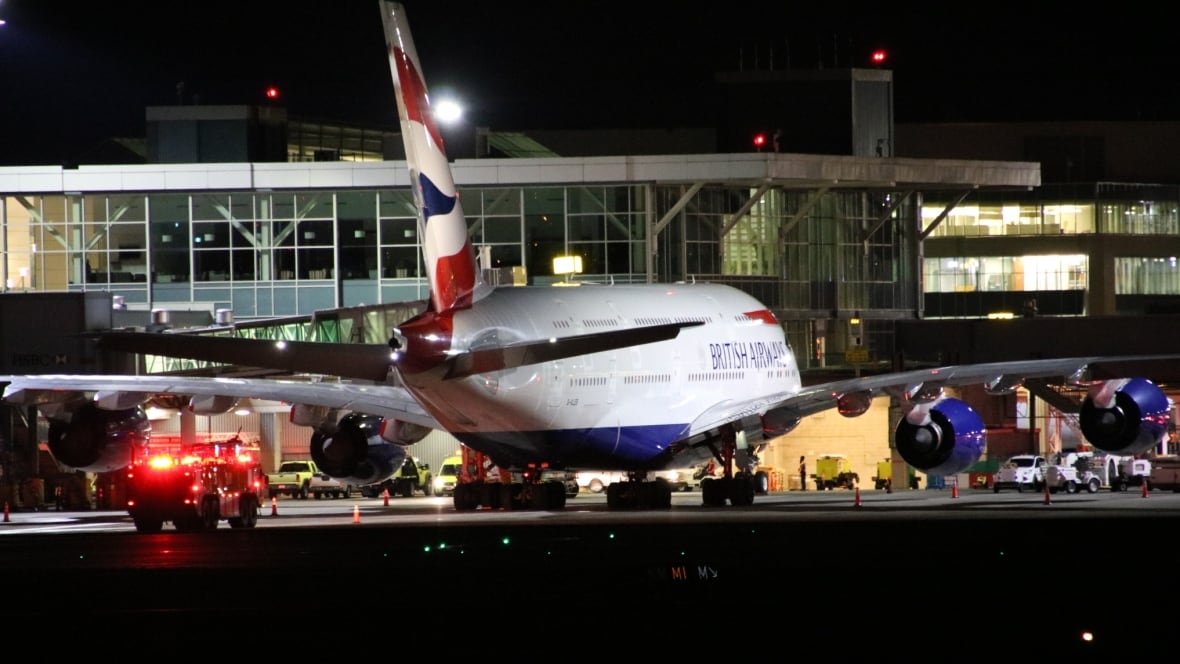 A British Airways A380 aircraft on its way from San Francisco to London made an emergency landing in Vancouver late Monday night after crew members became unwell.

Perhaps altitude was also a factor, slow decent to burn some extra fuel?

That’s a really odd story. I’ve heard of “fume events” on aircraft where the APU or something was running and sickened a crew…but for it to be airborne and then most of them require treatment…and crew only. Makes you think it was hysteria or something odd. I dunno…

Did they have the fish?

Or it was Space Chicken?

Fume events are 90% of the time seals in the engine bleed air system leaking and engine oil is being vaporised in the climate system. And since there is no filter system it kinda creates a nasty environment. It’s carcinogenic stuff, we were discussing it yesterday at work and it turns out it increases the risk of cancer in pilots. So yea…

Wow. First I’ve heard of that. Same with the carcinogenic properties of turbine engine oil. Good to know. In 18000 hours of jet flying I have never had issues with the cabin or cockpit environment other than deicing fluid and flatulence. I’ll take motor oil over that last one any day.

Wow. First I’ve heard of that.

What really?! This is not a thing with pilots? It’s like, one of the standard things you learn about gasturbine engines in modern aircraft. It used to be way worse in the 60, when those engines leaked oil every which way but one. But it still isn’t fully mitigated.

Then again, us grease monkeys might be more aware of what we tough due to the risk of being doused in insta-hell in many places ;). I am sure pilots have their own little thing that would make the ground crew go like “wtf mate?!”.

Note to self: deicing fluid gives you gas.

Good to know for our next winter party!