An F-35 image that meets my requirements 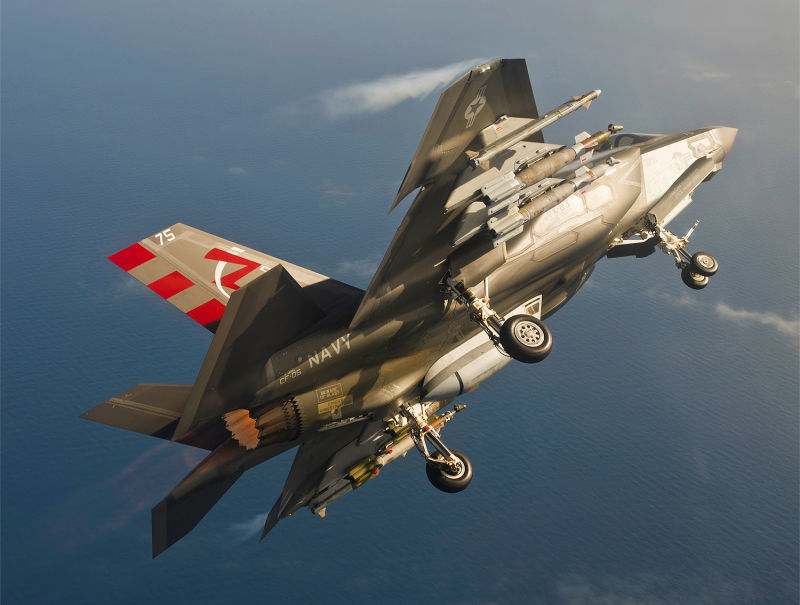 Now that’s pretty sexy. Of course…it’s no F/A-18 as far as carrying a whole bunch of cool stuff…but it is looking a little better from this angle…

Invisible to radar too!

Invisible to radar too!

Um not in that config!

Um not in that config!

The only angle this aircraft really looks bad IMHO is the side view. Just doesn’t look mean viewing it from that angle. This picture definitely makes it look like something you don’t want to mess with. Of course I imagine it is much more deadly and efficient at killing than the F/A-18.

I’m an unabashed fan of the F-35C’s lines. It doesn’t have that classic sexiness the F-14 or -18A/C have, but this is probably one of the rare cases that chunking the air frame up from the X-35 and the F-35A has actually improved the look.

They even made the gun pod look less dumb. Color me infatuated.