So my HP scanner/printer bit the dust last week. It had started making these machine gun sounding clicks a few weeks ago. I tried going through all the ridiculous steps HP suggested to fix it, but none of it worked. Then I discovered a pool of ink under the carriage and there is a huge mess in there. I can’t even get the carriage to move now. So I’m in the market for a new scanner/printer combo - but I really don’t want to buy another HP product after their response to my e-mail asking why my very lightly used printer had destroyed itself after just a few years. I mean, I rarely print anything. I probably use the scanner more than the printer - so that side of it would be more important (with regards to image quality) than anything the printer spits out.

I’m leaning toward an Epson WorkForce Pro…but it might be a bit too much (capability-wise) for what I need actually.

Edit - actually, this WorkForce one looks a bit more reasonable… 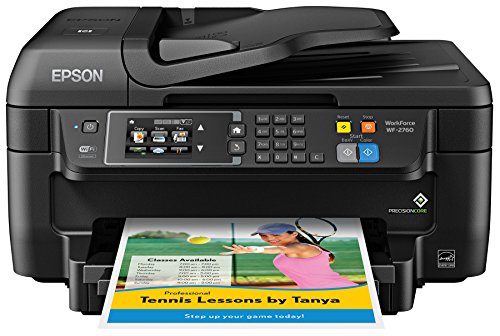 Versatile, fast and reliable, the WorkForce WF-2760 all-in-one printer features the ultimate in wireless connectivity plus Ethernet for your home office. Powered by revolutionary PrecisionCore technol ...

Geeze. That looks like it can almost make coffee too! Get it and get us a review!

Yeah…$89 seems pretty cheap. But I guess all these companies practically give away the printers because they get you on the ridiculous ink cartridge costs… But I don’t use much ink…so that is rarely a problem. More often the problem is that my ink cartridges go bad from not being used rather than running out of ink…

True enough. I was in charge with the Flight Simulator Active Storage for a couple of years and that’s exactly what it sounds.
All the computers and printers and servers and… well anything that runs on electricity and has a switch must be kept ‘alive’. And printers makes no exception.

Everything had to be unboxed, connected, turned on and left to work (eh!) for a set time.
The absurd part was that the requirements for each type of device were written by someone who obviously would never have to do it.
It was borderline with ADHD.

And for each piece there had to be two different signature for check.

That was a rough couple of days… glad that’s not necessary anymore.

I would go with a brother laser printer, cheap enough to be affordable and durable enough to last a long time. No Idea how the drivers play these days, but a few years back I had the pleasure of dismantling a few printers, the brother was the one that didn’t want to play nice, that thing would have still worked if i had thrown it out of a window.

My parents own a Lexmark Cx410E but it’s not very impressive IMHO. Drivers don’t always function, communication errors. Not all functions are present as advertised etc.

Funny, for me it is exactly the other way round. I had never any problems with any HP product, and I would definitely say NOT Epson or Lexmark, except if you want something really really cheap.
Half the drivers functions are instable, it drinks ink like nothing, and even the hardware has problems now and then. I once had a Epson that refused to let you change the ink. It just moved it away again. I turned the power off during the procedure to have enough time to actually change the cartridge.
Every Epson I ever owned or looked after for someone else proved to be a major disappointment.

But I admit most that happened years ago. Perhaps the quality is better now.

The Epson WorkForce line is really good. I have a 4530 at home, and we use a bigger one at work. They have have been bullet proof and reasonable on consumables. Hard to beat for SO/HO applications.

Funny, for me it is exactly the other way round.

Yeah, that was my impression from 15 years ago…I always thought Epson products were flimsy and sorta playing catch-up to HP. But my last two HP printers (both some versions of PhotoSmarts) ended up breaking (in my opinion) prematurely and their ink consumption seemed excessive for someone who doesn’t print much. I might give the Epson a whirl this time - it sounds like @chipwich might have had some good recent experiences with them. 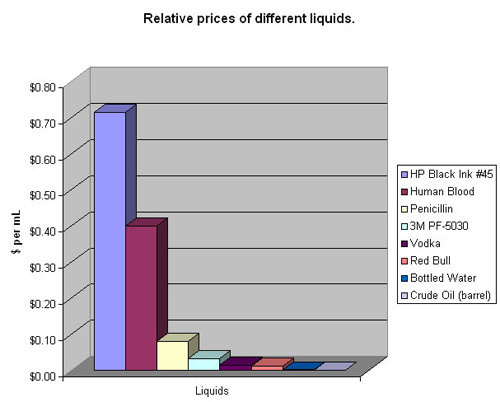 I don’t print a lot, but at home I use a cheap laser printer, as toner is at least durable and you don’t get killed for ‘ink cartridges’

Here is a thread revival from three years ago - but figured I’d give this a shot again. Three years ago, I did go with the Epson WF-2760 scanner/printer - and I’ve learned to hate it. While it prints good color, I find it is ALWAYS running out of even the black ink, despite us not even using it that much. It is like there must be some programming in the printer that says to my PC to send the signal that it is out of ink even if there is no possible way I could have printed enough to have that be true. I mean, I’ll bet I only printed 20 pages in the past 6 months, yet I’m out of ink after installing a cartridge back then.

And, as we all know, ink cartridges are ridiculous. So I’m once again on the hunt for a small form factor laser printer/scanner. It doesn’t have to be color - I haven’t seen much of a need for color printing. My assumption is that laser cartridges will last longer, but be more expensive, but won’t add up over the long haul for very limited printing. Something is really fishy about this Epson’s consumption.

I’ve dismantled brother laser printers in the past after they passed their service life. The first one I got apart imprinted me with the idea to toss the next one out of the window and see if it would still be operational. Those bastards were sturdy!

Not sure how they keep up these days. Good luck Beach!

Yeah…in doing some Googling in the past hour, I see lots of reports of inkjet cartridges that “dry out” after opening if you just leave them idle, which leads to having to replace cartridges even if you only print 15 or 20 pages over a 6 month period. So I’m definitely in the market for a laser type printer…I think those powder cartridges don’t have the same problem (?)

I feel badly now that I recommended the WF Chris. However, mine is still kicking arse, although a wee large compared to current offerings. I confess that I buy 3rd party refills, which mostly work fine. I do exercise it monthly, FWIW. The only trouble that I’ve had is that the ADF developed some lines on scans. But that was easily solved with some glass cleaner on the scanning strip.

Yeah…I think my problem is that I just don’t use it enough unfortunately…I think it’s like an airplane…you have to use it a bit or it gets cranky sitting still.

Epsons have treated my family well for most of my life! If you are a scanner heavy user, the feeder on the workforce (maybe not all models) can do double-sided scanning automatically. My dad made use of that to scan dozens of old documents so we could toss a filing cabinet after we moved.

That said, I am not a fan of Brother. I don’t like their software. Epson’s looks very mid-2000s but it works really well.

Another I am not a fan of is Canon - but you can get a laser printer/fax/scanner for quite cheap. We use these at work and while not the best, they work well enough. Toner won’t dry out as quickly…in fact it’s the opposite - humidity is the problem.

I normally would not suggest this but maybe one of those tank style printers (instead of cartridge) would be better? You could only fill the tank as needed, when needed and keep the remainder sealed in the refill bottle. If what is in the printer dries out, I’d think you could just clean it out easily enough since you’d never fill it to begin with, rather than have the cartridge system ruined. If anyone has used one of those tank style ones maybe they can chime in.