I think the old Kfir project has jumped to official 3rd party or has absorved by other team.

It is with great enthusiasm that we announce the latest, planned addition to our aircraft lineup: DCS: Kfir by 3rd party developer, Aviron.

DCS: Kfir by AVIRON
Introduction to the Lion Cub

The Kfir is a single engine, single seat multirole, all-weather combat aircraft based on the Nesher Mirage 5 aircraft. but it is powered by the GE-J79E engine. To accommodate the engine, extensive changes to the fuselage, cooling, wing, and canards were required to retain its excellent performance. It was given the designation KFIR (Lion Cub in Hebrew). The Kfir received various upgrades and special modifications throughout its service.

The Kfir entered Israeli Air Force service in the mid 70’s, and it was used until the late 90’s. It took part in the 1982 Peace for Galilee Lebanon where it carried out unescorted strike missions and received credit for shooting down a MiG-21 in a mixed-dogfight with F-15As.

An early version of the Kfir without the modified wing and canards (Kfir-C1) was leased to the US Navy and Marine Corps with the designation F-21A. It was used as an aggressor in various locations. The Kfir was also exported to Ecuador, Colombia, and Sri Lanka, and it is actively in use by the private US Aggressor company, ATAC.

Aviron aims to bring the Kfir to DCS in the most realistic fashion possible. The DCS Kfir will simulate the external and internal systems and state-of-the-art flight dynamics based on aerodynamic research, CFD modeling, and wind tunnel data. 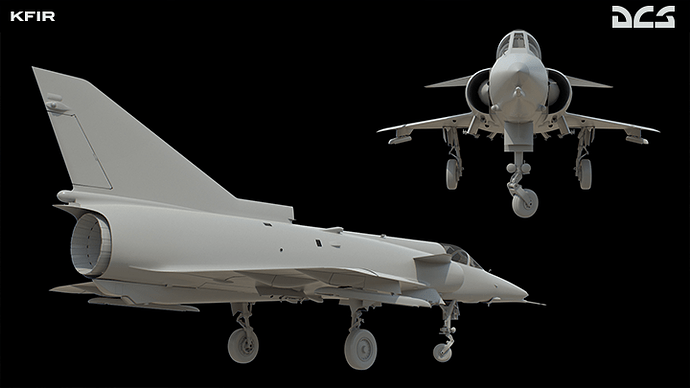 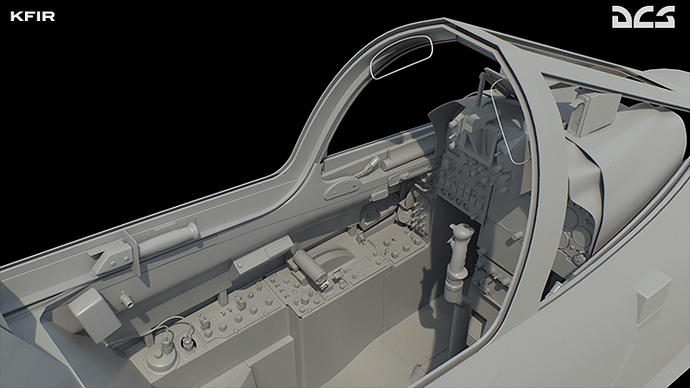 Looks like there is some disagreement out there about these designations.

The Mirage 2K is considered 4th, the F1 is considered 3rd, but the III is either 2nd or 3rd. Since the Kfir was developed from the 5 which came from the III, I guess it’s up to interpretation.
The 5 and the F1 are almost the same age, though.

True but afaik the 5 was considerably more austerely equiped than the F1.