Arrivals (the three greens being the SFO, SJC, OAK airports). Nice way to see the vectoring. 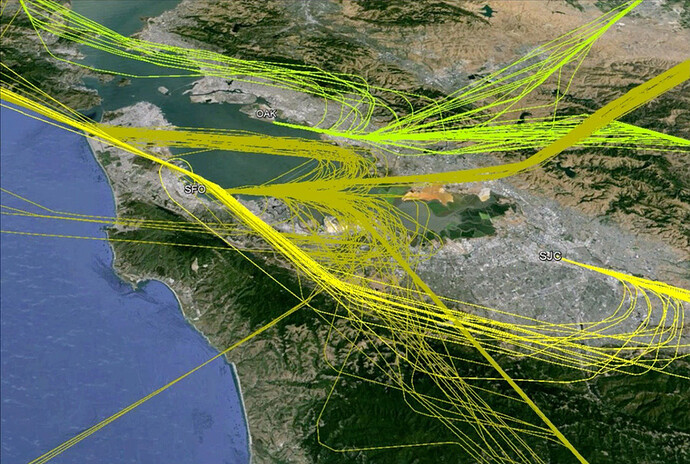 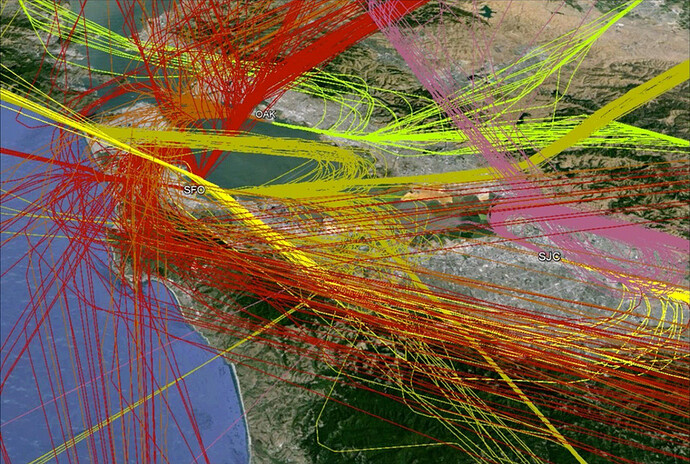 Nice! Clever of them to use different colour wingtip smokes and take lots of satellite photos (that’s how they did this, right?).

Wow! How topical to my life! Last night we were working a redeye from SFO to MSP. we pushed at 2350 and spent 45 minutes taxiing to the ones. I never pester controllers but another flight helpfully asked what had recently changed that makes flying at midnight out of SFO such a chore. The controller said that Oakland Center in their infinite wisdom has pick one single noise abatement departure fix for not just SFO but for Oakland as well. So now they must zipper departures from the two airports over that one fix with the required separation. Flying at night is night the peaceful gig it once was.

And Fearless, most of that is probably not vectoring. To Norcal’s credit they generally keep planes on RNAV SIDs and STARs and separate with speed and altitude.