@Bogusheadbox - this is your life...

Just for you, Bogey…

The EF-111 Raven Managed to Take Down an Iraqi Mirage… Without Ever Firing a...

the lighting engine is so uuugggggglllaaaaaaaayyyyy tho.

#waiting for @SkateZilla to do a high poly f111 model and waits patiently as its dropped on the desk of E.D.

Watching that just made me want a DCS Sparkvark (or Prowler) even more.

Negative Ghostrider the pattern is full.

Lol, the Sparkvaark: The ultimate pretend jet for DCS. Fly around for hours at a time at low altitude pointing to emitters on the RWR while making buzzing noises pretending to jam them. occasionally causing French players to CFIT. At least the Prowler has HARMs.

Well if combined arms incorporated something as great as SAM SIMULATOR then i truly thinkg a growler type aircraft could have a legitimate use in dcs.

If an EW model existed, by all means. But at the moment there isn’t.

But how cool would would it be if combined arms had sam simulator in it? especially on blue flag server!

Mi8 run to drop and set up sa8, jump in combined arms with sam sim to scare the living poo out of @near_blind in his swing wing turkey… muwahahaha!

Mi8 run to drop and set up sa8, jump in combined arms with sam sim to scare the living poo out of @near_blind in his swing wing turkey… muwahahaha!

I’d like to see your Mi-8 actually carry an SA-8 TELAR, much less see that missile reach me up in the slayersphere.

Depending on what level of versimlitude you’re looking for, combined arms does let you control SAMs.

Yeah i have combined arms. I know its not real, but i think it takes 3 mi8’s (or three trips) to deliver and set up a decent sam on the blue flag server.

Anyhow, i know that @near_blind can’t help himself if there is an opportunity for a gun run, so i know you will come down from space to be gun hungry, then suddenly a radar will turn on, and bogus will scream…“turkey for dinner!!!” 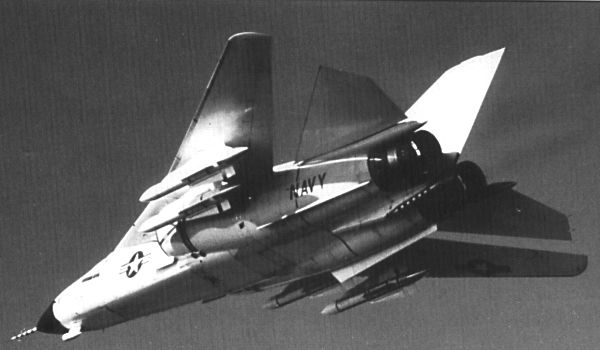 This is actually a common misconception.

Around the late 1960s, scouts of Brisbane Outback Guards - AustraliaN or Bogans began spotting the tell tail signs of another great horde of Emus, the true existential enemy of every Aussie, gathering on the west coast. Remembering their humiliating defeat at the hands of this flightless bird, the government in Canberra began to prepare for war only to realize the only jets in their arsenal were crap Baguette fighters. (There were also A-4s, but those were posted on the eastern approaches to protect the country’s sheep population from the encroaching Kiwi threat).

Frantic, the Australian government petitioned the United States for a crash re-armament program. The US considered it, and agreed to furnish them with state of the art equipment, even lending a squadron of F-4s as a sign of good faith. Upon further study of the Australian request, which was a single sheet of high-school ruled notebook paper covered in drawings of dead drop bears, burning emus, vegemite and VB stains, and fragmentary sentences of a language suspected to be related to English.

Working with a team of linguists from MIT, it was eventually determined the Australians were looking for a jet that was fast, capable of carrying a large load of anti-Emu munitions, and most importantly, be as misshapen as possible.

Simultaneously the Navy was wrapping up testing of the F-111B. They were disappointed with the ugly misshapen look of the aircraft, as well as it’s minor tendency to either explode, crash, or otherwise suck. Still, interest was high enough in the AWG-9/AIM-54 combo to warrant commissioning Grumman to develop a radical redesign of the air frame, to be designated the F-111C. Stated design goals were making it good, making it not bad, making it capable of turning in a circle smaller than the continental United States, and capable of actually landing on a carrier.

And so it was that the Navy would get the F-111C, the Aussies got the F-111D, and all was good. Until the Air Force showed up and petulantly announced they already had super duper no takesies backsies dibs on F-111D, their own totally awesome variant with computers and stuff. The Aussies had grown quite fond of the D, as someone had told them it stood for Dingo. A compromise was finally reached when Richard Nixon attached a rider to the American Values Act (Formally known as the Goldwater-Kennedy bill for sneaking into peoples houses and mussing up the place at night and obfuscating military hardware designation for narrative expedience).

The F-111C that was would be re-designated the F-14A. The F-111D that was was re-designated the F-111C, and given the wings from the old F-111B to make it even more misshapen, to the glee of the Australians. Upon the delivery of the first F-111C, the Australians immediately dumped all their F-4s into the sea, as someone had figured out it could carry Sparrow missiles, which could fly and were named after a bird, so therefore must be in league with the hated Emu.

The war that was expected would never come however, as it turned out the initial Bogan scout report was in error, mistaking a flock of escaped chickens for the Emu threat. The F-111C would eventually see its combat debut in the Drop Bear insurgency of 1984, after radicalized Koalas attempted to assassinate Prime Minister Bob Hawke.

and fragmentary sentences of a language suspected to be related to English.

Let me help you here… say it with me…

In actuality, I don’t like the tonality of that statement!