FTL-ish gameplay in a WW2 bomber

Well that looks like fun… love the art style, and the video’s cracked me up.

It’s out now (this was also posted in the game deals thread a bit ago). 15% off. I’ll be grabbing it for some bombing good times.

Well, it’s not a bad little time waster. It can get a bit frantic at times. It’s not easy to juggle all the tasks when they bombard you with various problems all at once.

Ok that was fun. Going to be enjoying my time with this. Great for $15 CAD.

Mud Spike in all her glory. 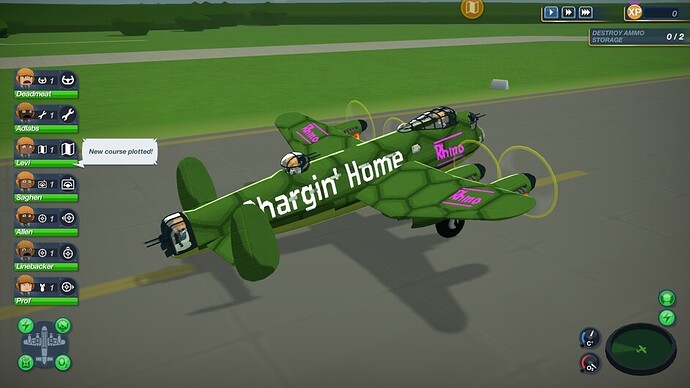 Linebacker failed to survive the first combat mission because I couldn’t figure out how to heal him. Turns out that Senor Saghen wasn’t actually picking up the first aid kit - he was just going outside to lie on the wing for some good times. You can thank @saghen for your death, @Linebacker. 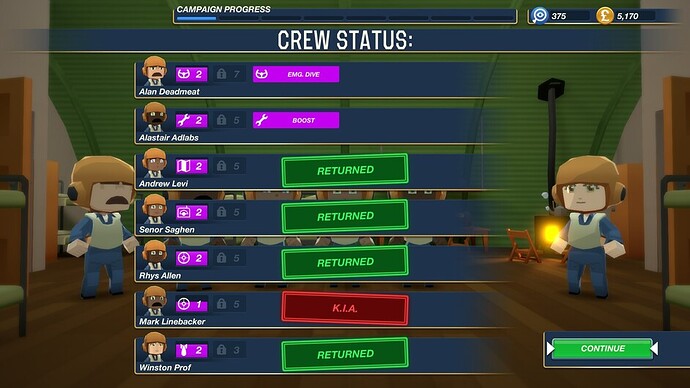 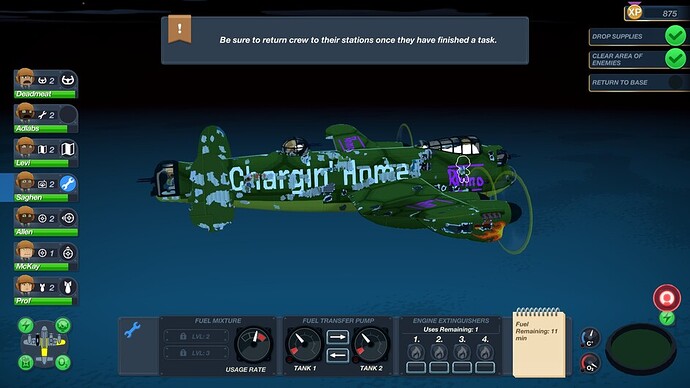 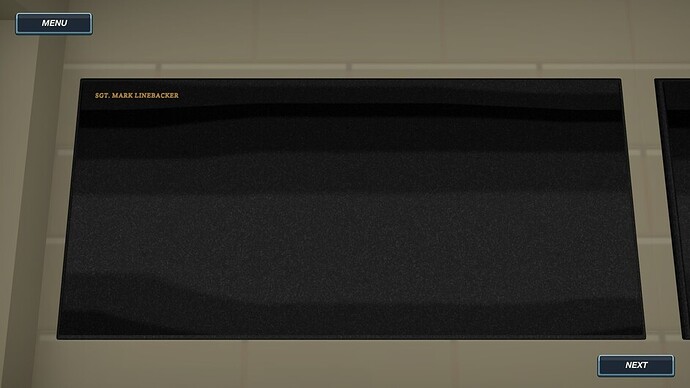 Should you ever need a replacement, I volunteer!

Just a heads up for @fearlessfrog the images don’t seem to have been converted as normal - can’t click to make them larger. Not a problem for me, just want to make sure nothing got broke.

Dear lord, please don’t let this be a bumpy landing! 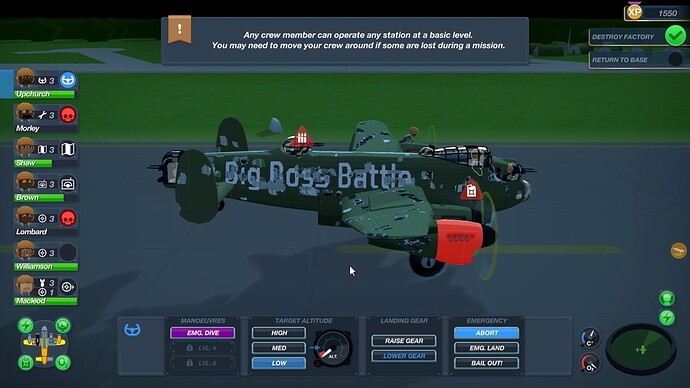 Just a heads up for @fearlessfrog the images don’t seem to have been converted as normal - can’t click to make them larger. Not a problem for me, just want to make sure nothing got broke.

Yep, thanks - fixed. If anyone see’s any older ones like this then please PM @staff and it can be updated. I’m away for a few weeks, but am on a laptop at the airport so caught this.

See you on the other side Mudspikeans! Be good.

oh dear! How did that happen?

McKay will be renamed to Benjamin Master tonight!

So, I went ahead and completed the Operation Chariot mission. I’m thinking that was a mistake, because that rolls the campaign to the next level, and it is a lot harder going forward! So make sure you have leveled everything up before you do that mission,

Thanks for the tip! That’s my kinda playstyle anyway as I dislike losing - complete side stuff and them I’m way overpowered for the actual story mission. 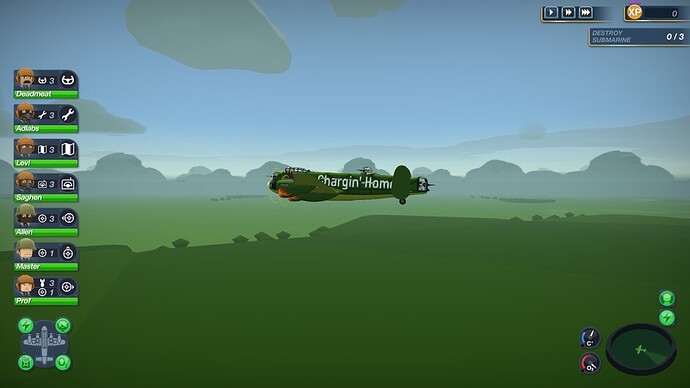 Heading out to destroy some subs! 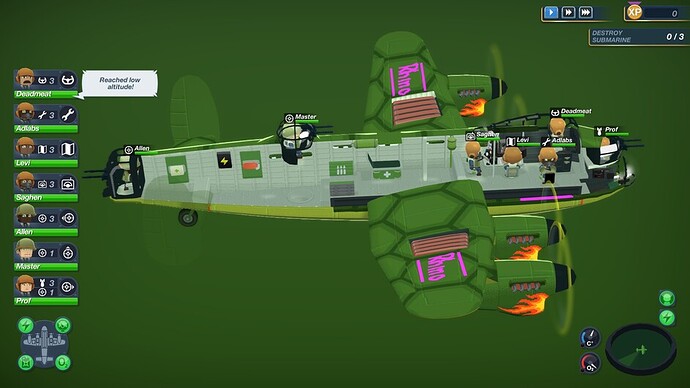 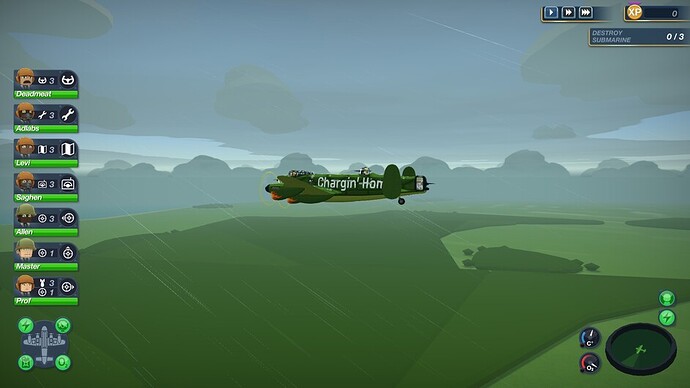 Little banged up, but you should the other guys! 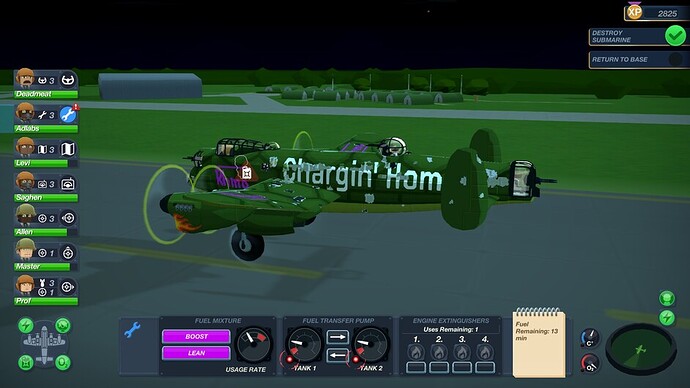 Prepping for some more bombing… 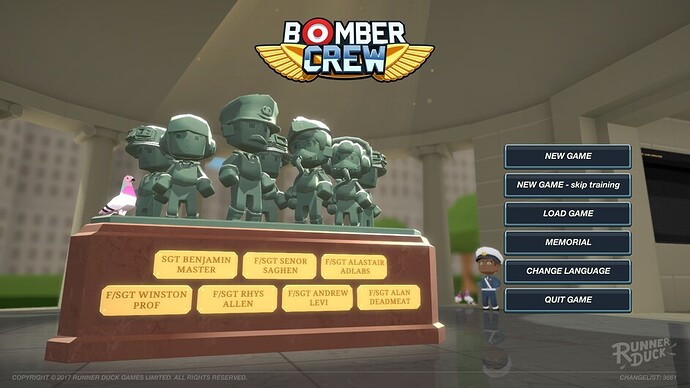 Prepping for some more bombing…

En route to bomb a factory, an enemy ace is reportedly active in the area… 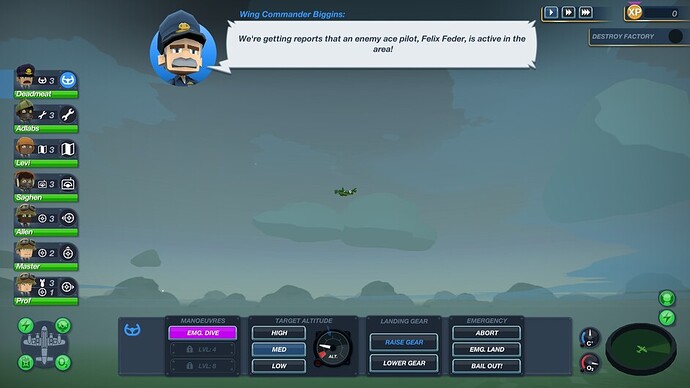 As we take out the factory, the 600 german fighters apparently sent to take care of us shoot off the tail of Mud Spike, taking Allen with it. The plane, already fighting its second engine fire, plummets to the ground. Due to the low altitude, and apparent skill of pilot deadmeat, the plane lands mostly in tact.

Unfortunately, only the engineer, Adlabs, is recovered. Deadmeat is MIA, and everyone else has died horribly. 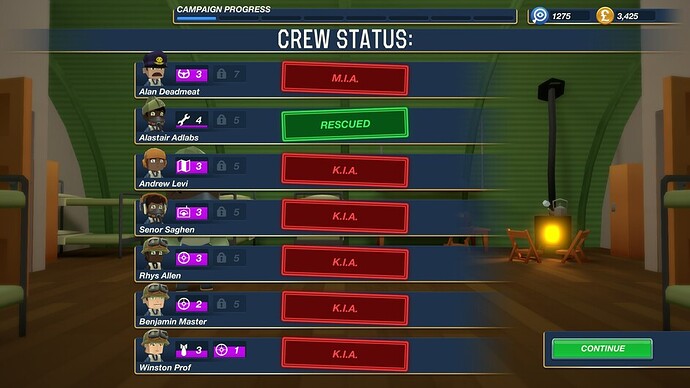 The Mud Spike successfully completed 6 missions, but only returned from 5. Only Adlabs lives to tell the tale of the brave crew. amusingly, Adlabs was actually quite close to the tail when it was shot off, though not as close as Saghen, who was healing Allen - he probably took a bullet to the face. Adlabs was repairing the electrical. Seems rather a pointless task now.

This is an unfortunate turn of events. 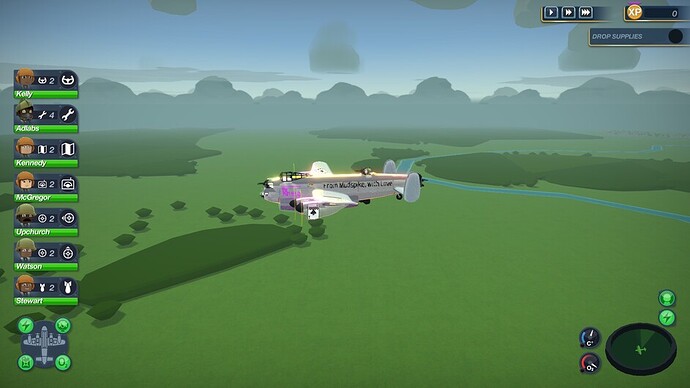 Jenneke is taking a beating… 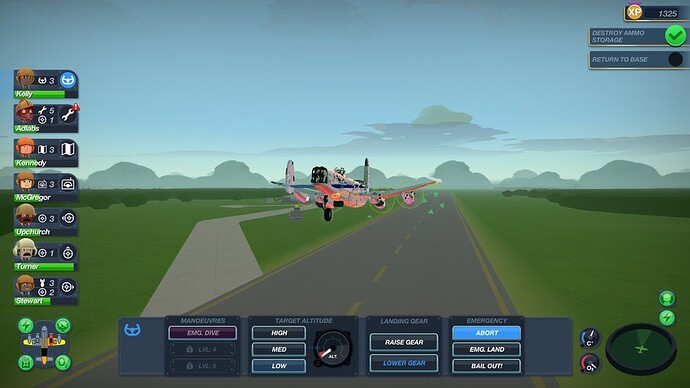 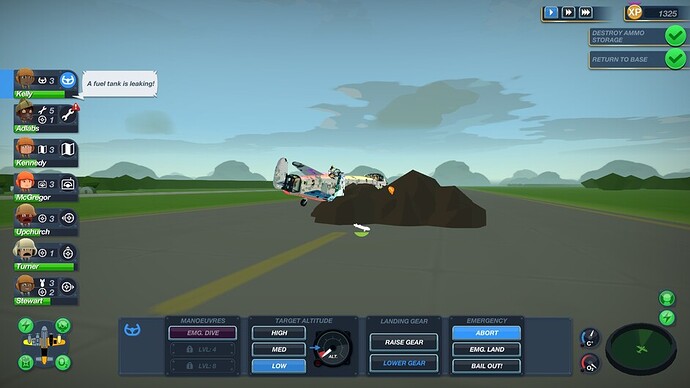