So I have finally got around to flying the Huey.

I can semi hover, sometimes it’s a moving hover from take off but I can get off the ground and moving.

I figured out how to kill things with my AI gunners, I have 30 mins of flight time and 75 kills.

I can’t for the life of me land this thing. I’m always too fast hitting the ground. What do I need to be looking at during decent? With an empty helo I can put it down fairly easy. But with guns it’s a death trap.

Watch the youtube training videos by Grizzly/Low Level Heaven. He will give you a 1to 1 session if you ask him nicely. He is a German Army helo instructor. I joined his group and have flown the huey with them for almost a year. Still learning.

You are probably going into VLS. Watch this video and then try the rest of his. Grizzly knows how to teach. 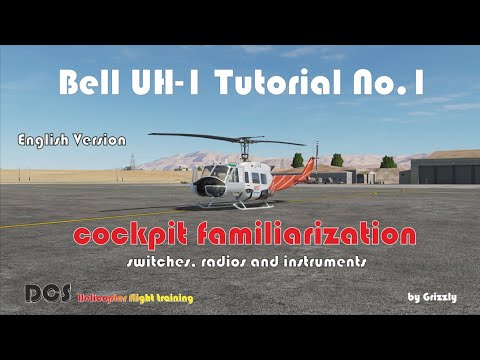 Look at the torque settings you have at a 5 foot hover. They need to correspond with the torque settings as your coming in to land, it will keep you in a hover once you enter in ground effect.
Also keep forward momentum as you descend and aim at a point to land at. Practice and trim

Thanks guys! It’s actually more fun flying the huey than I thought it would be.

I’ll watch that video series and check my torque settings. The collective controls the torque right?

I can semi hover,

As Grizzly would say (often) “to do less is to do more” regarding the hover. It was so satisfying when I could leave the ground and my reference marker stayed still

Thanks guys! It’s actually more fun flying the huey than I thought it would be.

The Huey is so much fun. Welcome to the club , its a lot of fun here unless your high, hot or heavy… then were grounded lol

Seriously @NineLine any chance of a Huey 2 like we got with the Blackshark? There are so many things that could be added to tweaked to improve what is arguably one of the best modules that DCS offers helicopter fans. My wallet is ready lol

unless your high, hot or heavy… then were grounded lol

Running take off and landing with a minimal climb rate on a red lined engine. Usually works.

Just take half fuel and leave one of your gunners behind, that helps XD

Being able to do max weight+ take offs are a requirement in LLH, often practiced.

Seriously @NineLine any chance of a Huey 2 like we got with the Blackshark? There are so many things that could be added to tweaked to improve what is arguably one of the best modules that DCS offers helicopter fans. My wallet is ready lol

I don’t know of any plans for a Huey 2, but I know it’s been acknowledged it needs some art love, but no idea when that might happen. I know the textures in the gunner positions can be pretty rough.

I knew this was the answer but I was hoping just maybe there was something that was going on behind the scenes. I’m gonna keep flying the Huey until I can’t anymore in the game lol

Merry Christmas @NineLine have a happy new year as well!

Well, there is lots going on behind the scenes always

But honestly, as much as I would like to see it, currently I don’t think the Huey is being worked on. It does deserve it though.

So I was getting my Huey on. Flying Paradis Lost. It is excellent. However, I find myself having to do-over things because I prang the kite on landing. Is there a way to rescue a bad approach, or is too much of a sink rate a death sentence?

No it’s not- usually the loss of translational lift is perceived by many as a VRS- it isn’t.
So far I only incurred in VRS when landing a bit too happily vertically with a forward speed inferior to 30/40 KTS.

Let’s do this- if you’re free this evening we can hop on a huey in MP and I show you that- I’m crap with many planes but I wear the Huey like a glove.

In that campaign, because unless you cheat by lowering your fuel load, and I highly suggest that you don’t, Reflected has you flying pretty close to the limit in every mission. Because you are flying into and out of really tight places with heavy loads, the secret is always KNOW WIND DIRECTION and work like hell to keep the aircraft’s nose into the wind. You won’t always have room to keep forward speed, so it’s critical to keep that chopper pointed into the wind.

If that means circling an LZ another time, even if Charlie is shooting at you, you might have to do it. When you depart, look for the lowest vegetation in the general direction of the wind, and use that. If you have to pull enough collective to exceed red line, do it for a few seconds. She is a tough bird. You can fly her just under redline all day, and she won’t complain.

When you finish that campaign, you will be a sierra hotel Huey pilot. It’s his finest work, IMHO. Very satisfying. You can do it.

you’re free this evening we can hop on a huey in MP and I show you that- I’m crap with many planes but I wear the Huey like a glove.

Yeah let’s do that

Merci, my Huey flying improved markedly. Let’s do some more eggbeatery stuff tonight, about 20:00. Perhaps some of the British may make it a party as well?

You made me pick up the Huey again xD

Such a fun helicopter to fly
like a glove 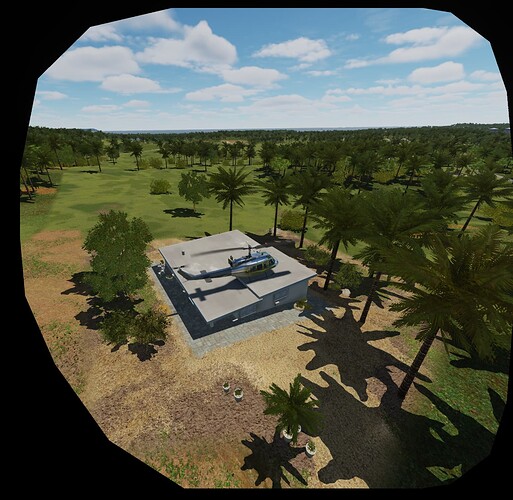 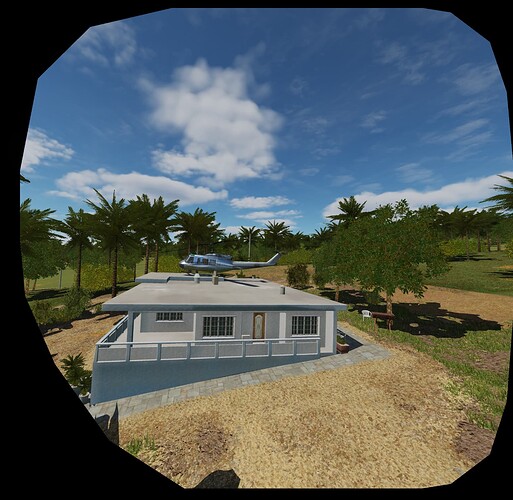 Of the many ways helicopters are weird, one is that, for a given weight on a given day, the max power that will be used that day is on landing. Well technically it should be identical to takeoff. But most of our takeoffs use ground effect for acceleration. Landings don’t typically happen that way. So some of the precious lift needed to keep the machine aloft is being diverted to decelerate the helicopter. And the very instant enough pitch is pulled to allow RPM to droop, it’s game over. If you are light enough to hover but otherwise concerned about performance, keep 15-25 knots until half a rotor width off the deck before decelerating further.