Did the T-38 screw up the NASCAR overflight..?

So I was watching the beginning of the NASCAR race this afternoon on TV (because it was on the TV) and they were doing the National Anthem (Greg from the Brady Bunch was singing it)…and the T-38 came screaming over the stadium at what looked to me to be a good bit early. Usually the flyover happens right on or after the final note…this time it was nearer to “bombs bursting in air”…

Anyone else catch that?

What’s that NASCAR you are talking about?
When you interpret it half-german it reads kinda like Nass-Car, which means wet car, so probably some kind of car wash?

But then I heard it could probably be some kind of boring racing series for people who can’t really drive so they only drive in circles in one direction. Those same people drive so bad they removed the rule against crashing into other cars. Either one could be true.

EDIT: Also people visit those “races” and hope for crashes because the rest is so incredibly boring? Something like that.

EDIT2:
Also sorry about your hymn being spoiled, but…
you know it is pretty hard to adjust your flight plan for a hymn that doesn’t have a fixed tempo, so everyone can sing it as fast or as slow as they like. Being German I always found that strange, our hymn is pretty fixed.

Also sorry about your hymn being spoiled, but…you know it is pretty hard to adjust your flight plan for a hymn that doesn’t have a fixed tempo, so everyone can sing it as fast or as slow as they like. Being German I always found that strange, our hymn is pretty fixed.

… That’s what happens when your hymn is based on an old drinking song. Because America.

Nailed it. And remember, if ya ain’t first, you’re last.

LOL, actually I didn’t know that!

Btw: Our hymn’s melody is based on a birthday song for an Austrian Emperor…

Also random fun fact I heard once:
There are several US states that have a german winter/christmas song as their hymn…

When I heard that I didn’t want to believe it, so I googled it, and… well…
Florida, Michigan, Maryland and Iowa use that melody. Really guys? 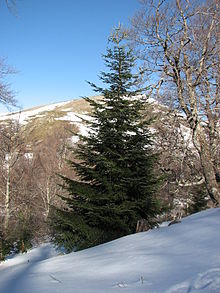 "O Tannenbaum" (German: [oː ˈtanənbaʊm]; "O fir tree", English: O Christmas Tree) is a German Christmas song. Based on a traditional folk song which was unrelated to Christmas, it became associated with the traditional Christmas tree by the middle of the 19th century and sung as a Christmas carol. The modern lyrics were written in 1824, by the Leipzig organist, teacher and composer Ernst Anschütz. A Tannenbaum is a fir tree. The lyrics do not actually refer to Christmas, or describe a decorated ...

I changed my mind on NASCAR after doing some fun league online racing against other fellow pilots (e.g. no eager sim racing pros).

Sure track layout is easy to remember (at least for the ovals) but I think this is a plus. There are differences between tracks and certainly you need some skill. Ask J.P. Montoya.

What I like best is that they know how to keep the season entertaining. In contrast to F1 where they needed to invent technology to have at least four or five passes per race you can see real racing action during a NASCAR event.

They also keep the competition for the title alive until the very last races of the season.

I don’t watch the whole race live (even if I could with my German pay TV plan during evening prime time) because they tend to be quite long. But I really like the 40 min summaries.

I still think the BTCC is the best championship to watch when it comes to touring cars(which nascar is a derative off).

F1, that’s about as boring as racing can get these days. Atleast the GP2 and 3 classes have a bit of a fight going on. Same for the Le Mans series, I love me some 24hr on the Nurburgring!

I just watched it, and OMG that video is hilarious!

Greg Brady was singing?? I would say the T-38 was right on time… only mistake was not dropping any ordnance

As for NASCAR, I used to be a F1/IndyCar snob for a long time, then I went and saw NASCAR at the brickyard, seeing those 43 cars rip into the first corner was pretty awesome, of course I am a sucker for most racing anyways, been to many races now, NHRA, NASCAR, Indycar, F1, etc… I enjoy them all.

No idea when the flyover should happen. I suppose the final note is traditional. As far as racing, if I were driving it would be WRC. MotoGP or WSBK is the best show to watch IMO.

I grew up surrounded by NASCAR, and the only race I can bring myself to watch end to end is the Winston shootout series- mostly because they’re so short. Even going out for the Coca-Cola 600 (my dad worked for the country music station in Charlotte and always got tickets), I would only watch the beginning and end of the race.

Hats off to y’all who can watch the races all the way through; I simply don’t have the attention span for it.

I’ve seen other flyovers and know that sometimes they even do a rehearsal. Then, on the day of the flyover, I think there is also (sometimes) a “FAC” in the stadium that is supposed to give them a time hack or something so that they reach X position at Y time in the singing. To me, the T-38 looked way early…but maybe it was supposed to be early…or was just a generic flyover with non Blue Angels precision. I dunno…I just thought it looked mistimed. I was hoping Greg Brady would hit the deck as the noise hit…

“…the bombs bursting in aaaaahhhhhhhh…what the hell…!!!”

But then I heard it could probably be some kind of boring racing series for people who can’t really drive so they only drive in circles in one direction. Those same people drive so bad they removed the rule against crashing into other cars. Either one could be true.

Sure beats the car parades they call F1 races

No problem, the last full F1 race I watched was… whatever that year was when Senna died, approximately.

In other news, F1 is about to become a lot more like NASCAR

I think if its got more than two wheels, why bother? Only in motorcycle racing do you see a guy fall off at 100mph, whack himself against the ground a few times then runs to the bike to see if he can finish. They get pissed off if the bike is ruined. Moto 3 you see a guy go from 6th to first in ONE lap and maybe the next lap he is in 10th! MotoGP is awesome. I can understand the tradition of NASCAR I just have to agree that going in circles is… going in circles.
Our national anthem (USA) has it all. There is flak and rockets! Its just action packed.

That’s an interesting thing, I also watched MANY more motorcycle races than other races.

Although I admit most of it was when the motoGP was still called “500cc class”, with Mick Doohan being champion, Max Biaggi and Ralf Waldmann battling in the 250cc class, and then a young pilot with the 46 started racing in the 125cc class and winning everything.

Sometimes I also watched the Superbikes, but for me the Grand Prix was the more interesting one.

Especially in the smaller classes sometimes they have stuff like a photo finish with four to six bikes, which is super awesome and not found in other motor sports.