DISCLAIMER: If this is somehow against good manners please feel free to flag it for deletion.

Hey everyone,
in the free time I had so far I partcipated as a graphical pixel artist for a Classical RPG a là Wasteland, Pool of Radiance, Dark Queen of Krynn, Bard’s Tale and so on…

Feel free to drop anything for support or spread the word around!
We even got backed from Richard Garriot (AKA Lord British himself)!

Here are samples of my work…

The Lighthouse Guardian (animated in game)* 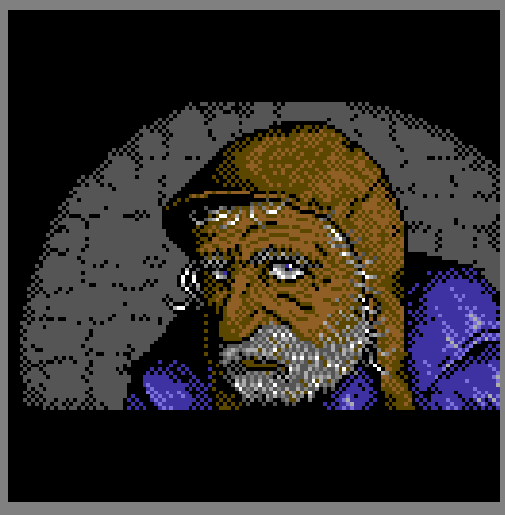 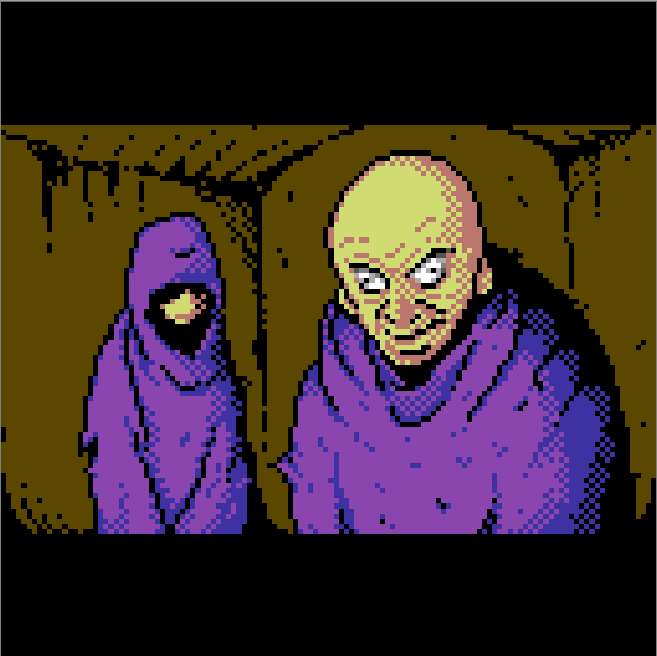 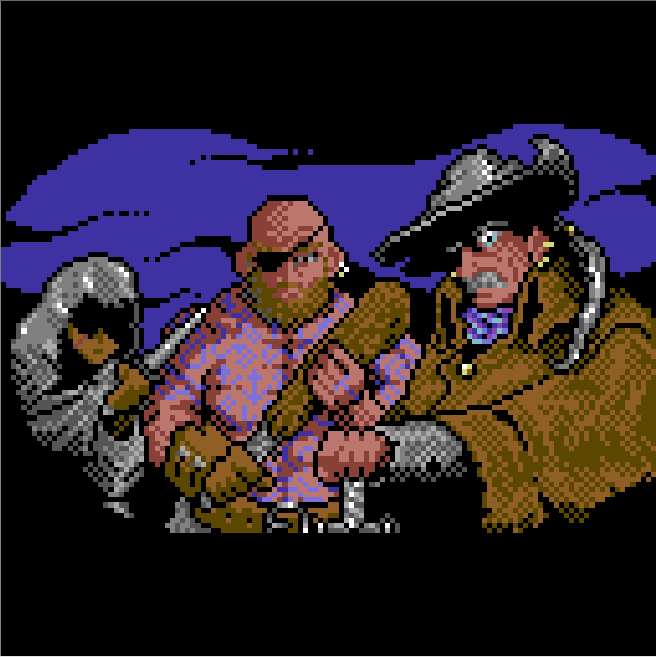 The Rat Queen (animated in game)* 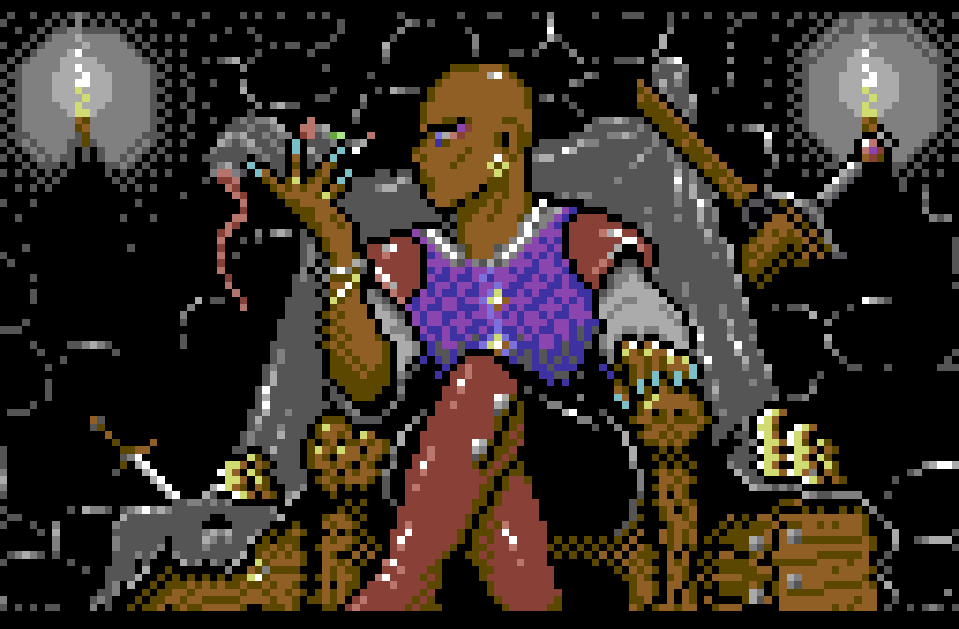 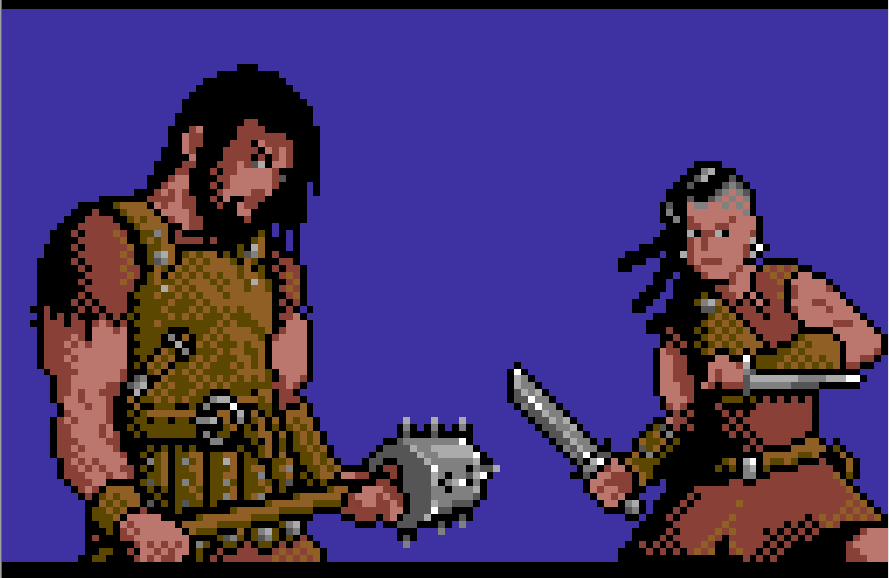 We’re already over 40% funded after half a day!

Ask Me Anything: it might be the game for you!

*all animations can be seen in the main video on the Kickstarter page.

Thank you for the support!

That’s some fine art mate! love how you are “in style” while also being entirely different and original. That rat queen is utterly intriguing. Love it!

Thank you so Very much!
I worked hard on the request of the creator of the character…
Let’s see if I can add the .gif of the Rat Queen animation-

Had been keeping an eye out for that one for what seems like a while through Twitter. Will have to check out the page a little more in depth now

best of luck with the kickstarter, I’ll see if I can pry a few dollars loose to chip in myself

Thank you so much!
Every little helps- even just word of mouth!

looks like you’re almost there already and on day one too, nice! (@ $500 shy of the goal as I’m writing this)

Yeah! We are truly overwhelmed by the support!

We did it! Funded in a day!

Congrats man! Really nice pixel art you did there. Was this stylized for an EGA graphics pallete?

Thank you! We’re doing pretty good so far!
The palette is originally a precise copy of the C64, but the graphic style is indeed driven by EGA titles like Wasteland and the GoldBox games.

Oh, those Gold Box games! My girlfriend in HS was really into those on her Mac Classic (remember those?)
B&W, not color, but she played those and Indiana Jones and the Last Crusade and Fate of Atlantis quite a bit on that thing.

Best of luck! It’s not an easy industry to crack. Appealing to a particular nostalgia can work wonders to differentiate from the glut of “modern” titles.

Thank you very much!
Apparently we’re doing pretty nicely, and upon reaching the first stretch goal we’ll enlarge the game map with an extra area!

So- yea! As the kickstarter approaches its end we’ve surpassed 200% funding!
Admittedly it was a humble sum but it’ll allow a proper development cycle with extras involved!

We make the cover art for the manual full color!

The adventure extends beyond the isle of Idra, into the icy hellscape that is the northern polar regions. Its hostile climate, cyclopean ruins and Lovecraftian horrors will test your mettle as you sail into the eternal night of the high north!

The game is intended to ship with five “canonical” classes. If we reach 105.000 NOK I will design a sixth class: “The Captain”. The Captain is a combat based class with strong leadership skills and expert maritime and navigational skills.

Adler’s Helm is the northern-most Imperial provincial capital and the seat of Imperial power in the north. It’s also the jumping off point for the expedition to Idra and the Black Priory!

By adding Adler’s Helm to the game, I now get to make the game a three act piece: from the bleak isle of Idra, to the streets of Adler’s Helm and the frozen hellscape of the high North!

If we make our fourth stretch goal , we get to be a lot more ambitious with the manual / campaign guide! We planned to ship with approx. the equivalent of 3 pages of illustrations. If we make the mark we’ll up that to the equivalent of 6 pages in a 32 page manual!

This means we get to flesh out the city of Adler’s Helm as well as add hand-drawn maps for locations and a fully illustrated bestiary of monsters! You’ll be able to run a tabletop-RPG campaign in the SKALD universe!

This also means we can afford to pay an editor to give the book the polish it deserves!

What can I add more than… Thank you!

Kickstarter is a Success: We did it!

Finishing the Kickstarter with 450 backers and at 262% it’s safe to say that “Skald: Against the Black Priory” is a hit. The campaign has been a lot of fun, but also a lot of work…

Update!
Now there’s a Dog you can both pet and recruit in the game!
Art by me. 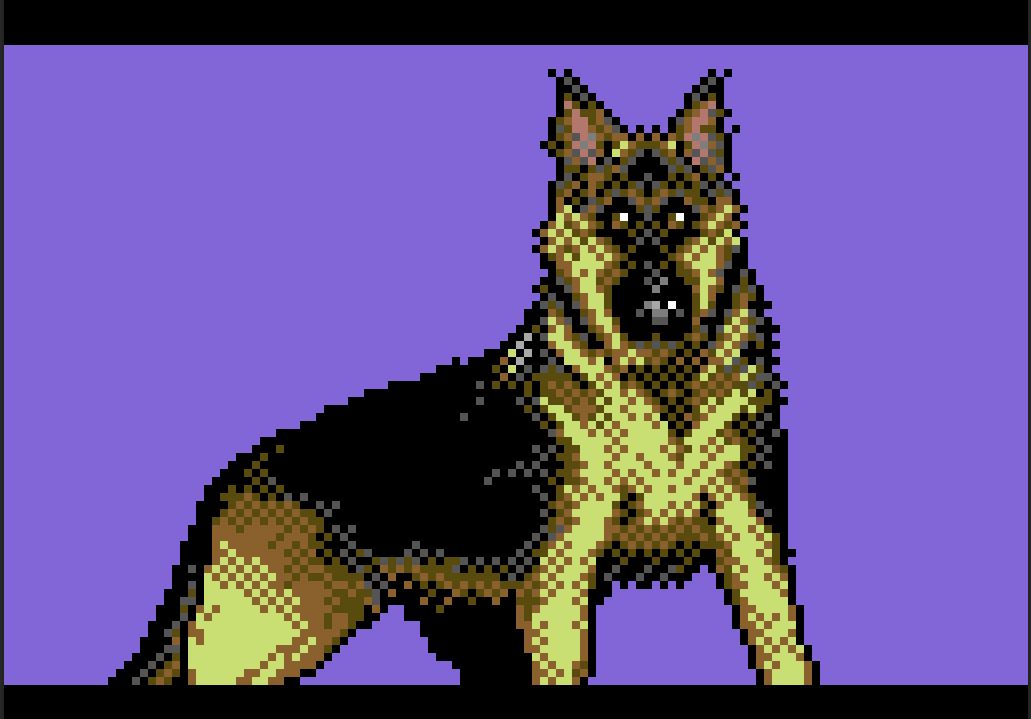 Just in case anyone is interested- on GOG.COM our game is up for wish listing"

Adding your signature does not require buying- this is not a pledge or a promise.
It’s just to show how much interest people might have in playing SKALD on GOG.COM instead of STEAM or the EPIC STORE.

So, if anyone has a GOG.COM account- feel free to add your +1…