The Flight-sim community lost another member. The text below is from the ED Forums.

Yesterday our friend and colleague, heart and soul of many planes in DCS World Alexander Chichilanov has passed away. Aviation enthusiast, romantic and a dreamer, a military pilot second class who mastered multiple airplane types, after retirement from Air Force he worked as a project manager in Belsimtek with enthusiasm.

We were all very pleased to work with him, he inspired by his dedication and attitude, supported us with the warmth of his soul, part of which remained forever to live in his aircrafts in the DCS World.

He inspired us all with his cordial attitude, goal-oriented and focused approach. Soul is not dying, and part of his soul will be living in his planes in DCS World!

This image has been resized. Click this bar to view the full image. The original image is sized 800x1200. 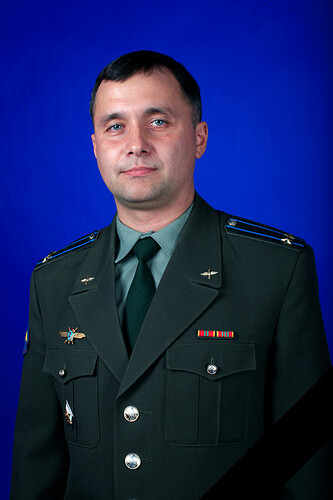 Since young age he liked parachute jumps, swimming and attended a high school with focus on sports. In 1987, he enrolled in Stavropol High Military Aviation College of Pilots and Navigators and later graduated the college with honors. He was a pilot in fighters’ regiments of VVS and PVO. During his service and training time, he flew in L-39, MiG-23UB, MiG-23ML, MiG-31BS. In 2007, he graduated from Gagarin Military Academy, Command Faculty, department of Tactical fighter aviation with excellence.

In 2008, he joined the department of tactical fighter aviation in Gagarin Military Academy as a lecturer; he was engaged in scientific research and staff training.

On ED Forums he was known as Foxhound_vva – laconic yet always ready to consult on different topics.

In the last year of his life, he bravely fought with cancer.

May he rest in peace!

Terrible news and a great loss for the Community.

Hope he can still fly up there.

Final flight on Angel Wings. Onwards and Upwards. Be at peace.

1970, This was a young man, deepest sympathies, I was not a military flyer, just an airman, but we should respect all who serve their countries. That list of aircraft is an achievement. Thank you for your work and what you gave us. Respects and condolences to your family.Flyingscotsman