This ex Brit Army paratrooper guy found himself homeless once back to Civvie Street, had nowhere to turn, with help he decided to walk the whole UK coastline for charity, he picked up a new friend along the way, a Dog called Jet.

He was in Shetland Island North Scotland when lock down struck and decided to stay on a satellite island of Shetland, that has only one old Shepherds house, no running water, no electricity, his story is interesting, its heart warming in these hard times, he’s raised a heck of a lot of money for a registered charity, even before Covid-19 killed his plans, his story is going a bit viral now, made contact with him for a brief message a few days ago, he responded back briefly too, he has limited car battery power there, but luckily is in sight of a Shetland mast so he can keep in touch with outside world … what a guy, what magnificent isolation, WTG for his Dog, Jet too. 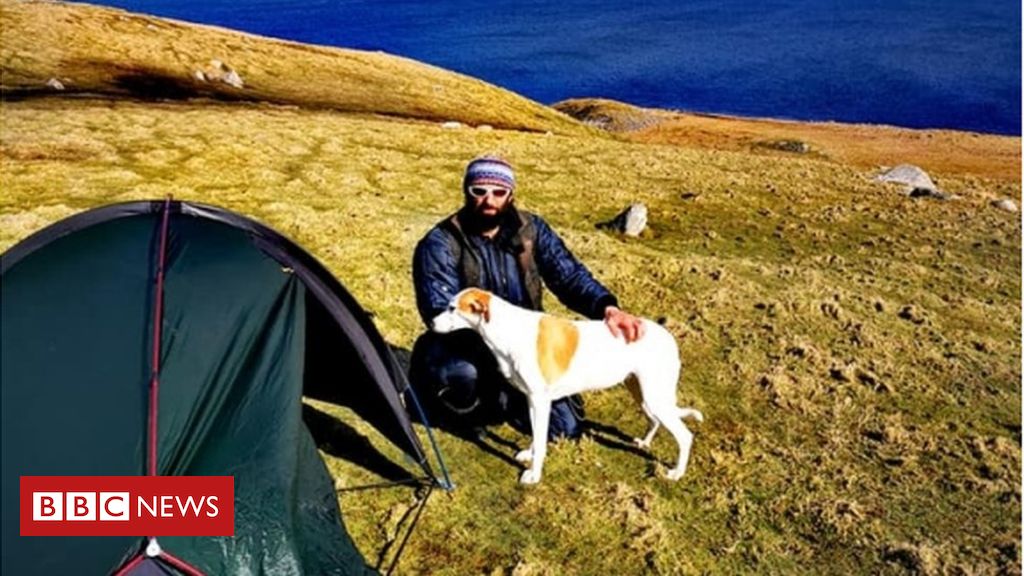 Chris Lewis was midway through a charity challenge to walk the UK coastline when the lockdown began.