all we need is the QMB scenario, right?

The SP missions it comes with are not MP capable. You might be able to convert them in the ME but I don’t know how to do that either.

Allright, there’s a default dogfight scenario packed in with the game that we can use, but it lacks the newest flying circus crates. So I fired up the editor to see if I can edit them in.

Can I play w the big boys? Are you on comms?

Allright I figured out how to add the fokker and dolphin (I think) running a test. Server should be up in 5 and findable as schurems server or some such thing.

of course that’s when we find out my router does not want you guys to connect to my pc.

Huh. This is weird. The server creation screen just does not see the copy of the mission I saved. It just isnt there.

So i just did the edits again, and did not save the file under a different name. New planes are available. @Maico if you want you can try it, and perhaps also hop on the discord?

Just now, Han said: 219 Dear friends, One week has passed since our previous Dev Diary and we have something new to show you once again. The rate of development is truly fantastic. Today we won't have so much text but will compensate it with WIP...

One week has passed since our previous Dev Diary and we have something new to show you once again. The rate of development is truly fantastic. Today we won’t have so much text but will compensate it with WIP screenshots of two ‘stars’ of our Bodenplatte project.

The first star of today’s Blog is the British fighter Hawker Tempest Mk.V series 2. These planes played a significant role in the events of January 1st, 1945 - the units managed to take off in time when Luftwaffe attacked the Allied airfields during Bodenplatte operation. Tempests were equipped with some serious firepower - four 20mm Hispano guns - and achieved good speeds at lower altitudes, which was handy for a dogfight near the ground. 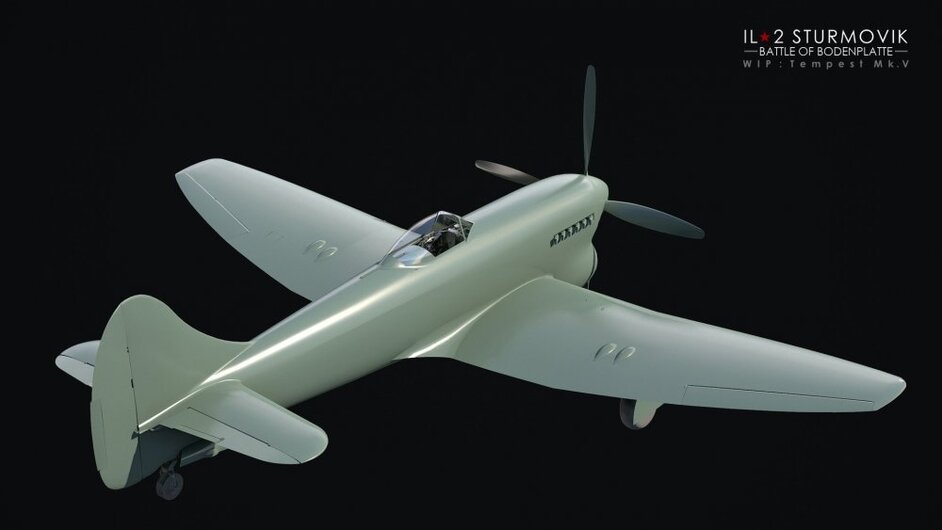 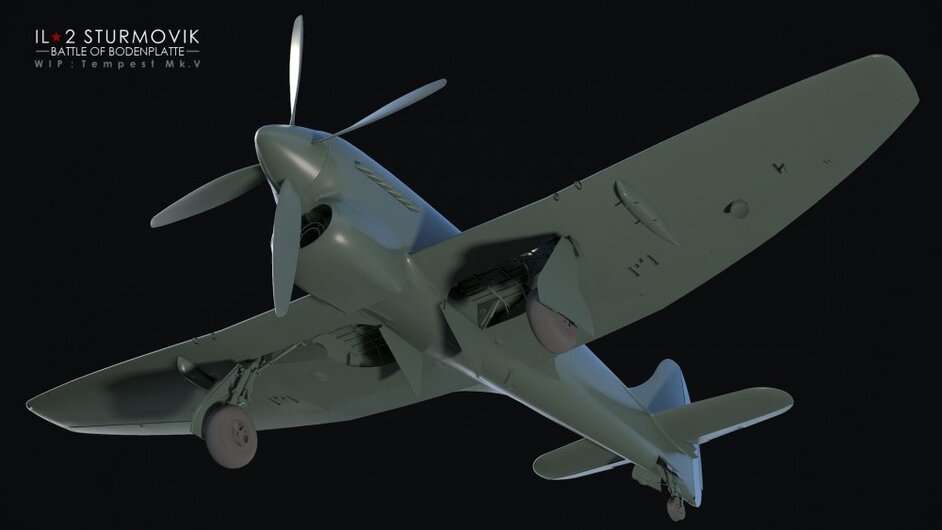 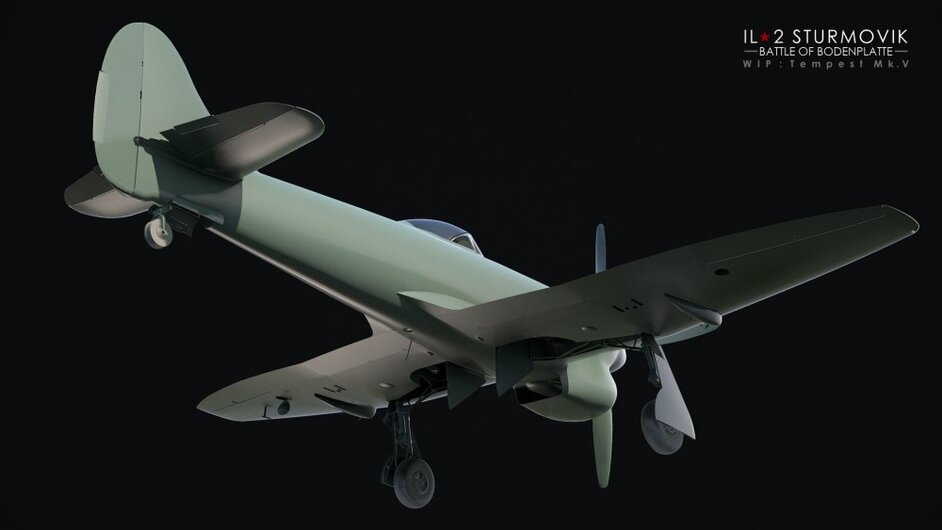 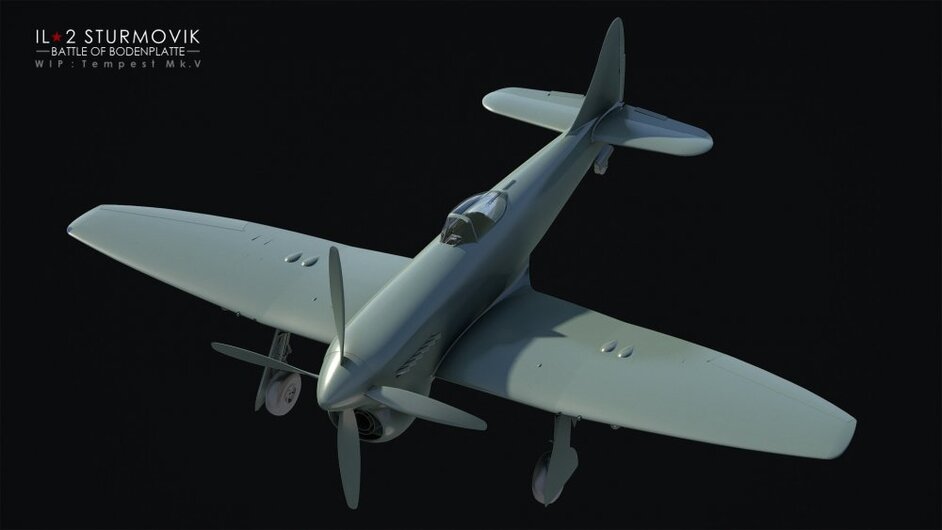 The second aircraft we want to show you today is USAAF North American P-51D-15 Mustang, the most famous American fighter of WWII that was widely used in different theatres of war. To a degree, its exceptional range and altitude capabilities made the deep bombing raids over Germany possible. Mustangs had good overall maneuverability and climb rate, while their six .50 cal M2 Browning machineguns allowed them to engage any air targets. A Mustang could also carry bombs and rockets, making it a fighter/bomber.

It should be noted that while many Mustangs still exist around the world, including airworthy ones, most of them are combinations of different modifications, including post-WWII ones. Therefore we’re spending a lot of time researching tech schematics, spare parts catalogs, and similar documents to make sure the final result will be as authentic as possible. 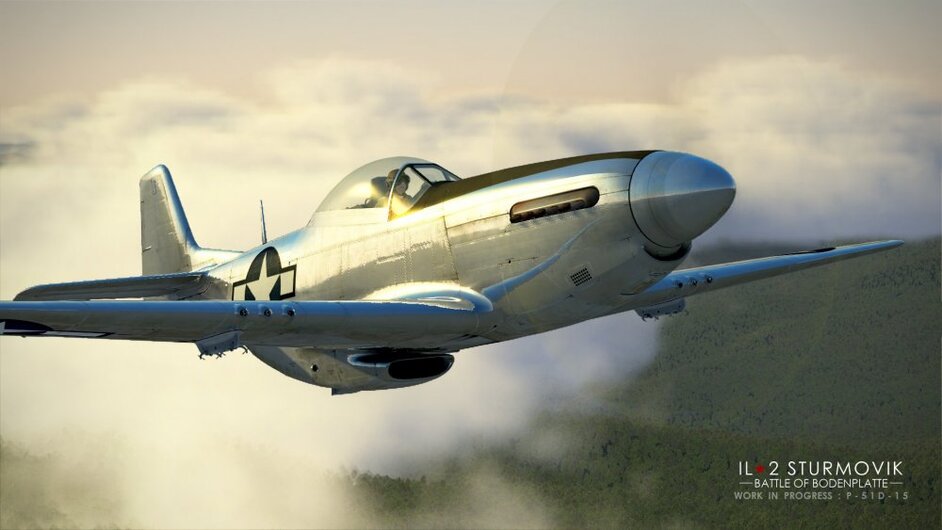 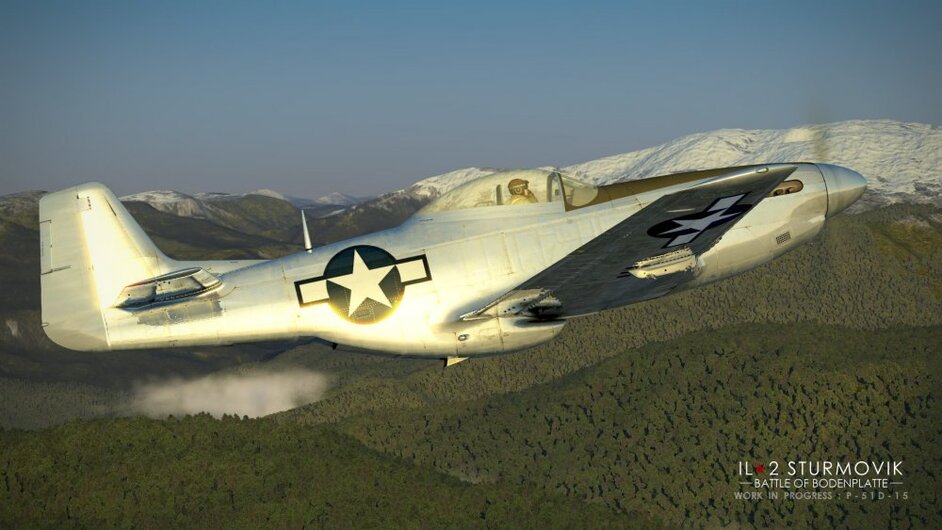 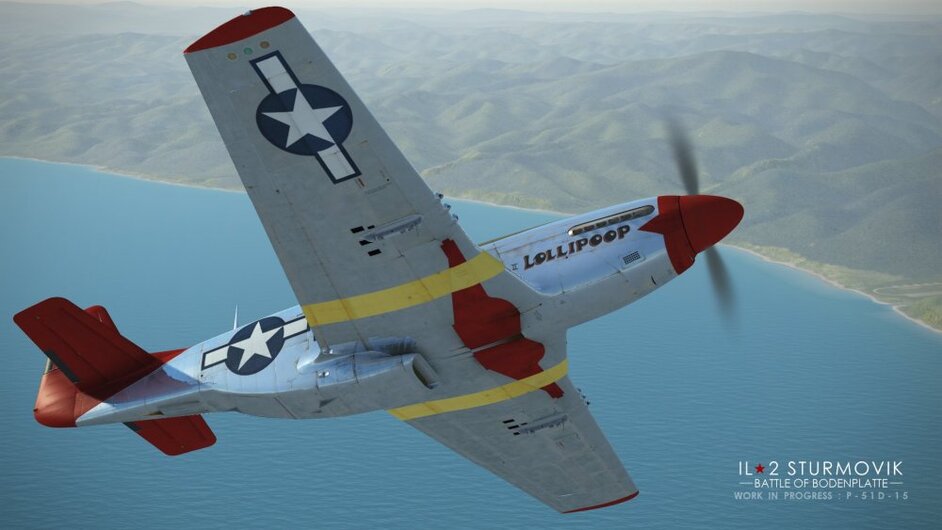 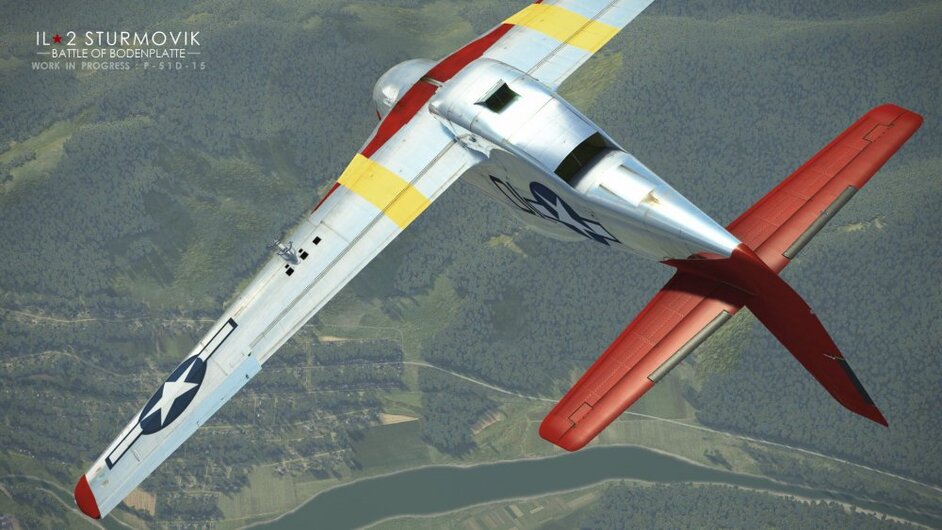 And to finish today’s blog, here are WIP screenshots of the next Flying Circus plane - Fokker D.VIIF. This Deutsche Luftstreitkräfte late WWI fighter has been equipped with a great engine for its time, BMW D.IIIa, that gave it an advantage over Allied fighters at high altitudes. Coupled with good maneuverability, it made Fokker D.VIIF a very dangerous adversary. 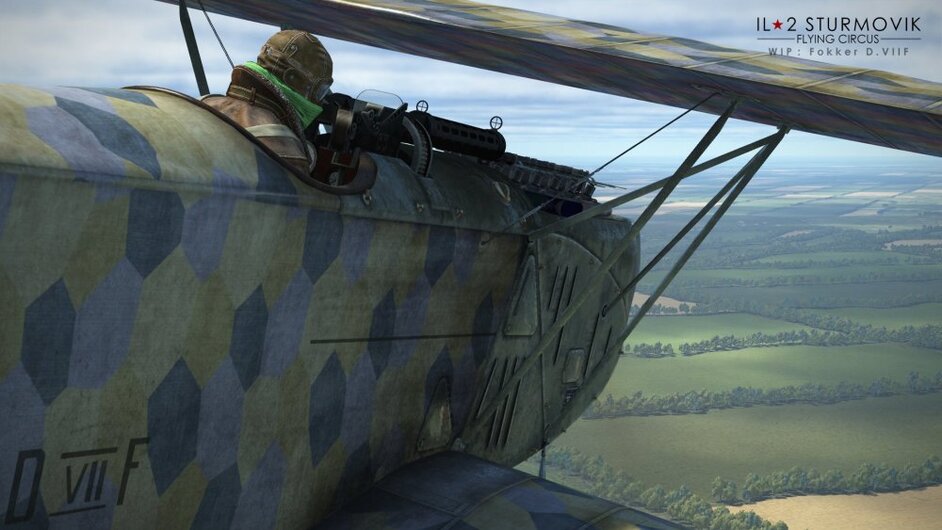 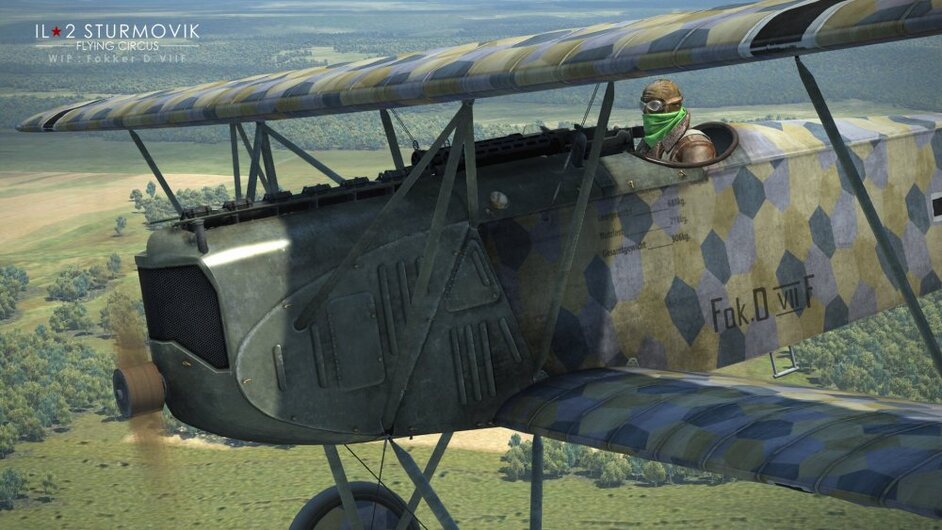 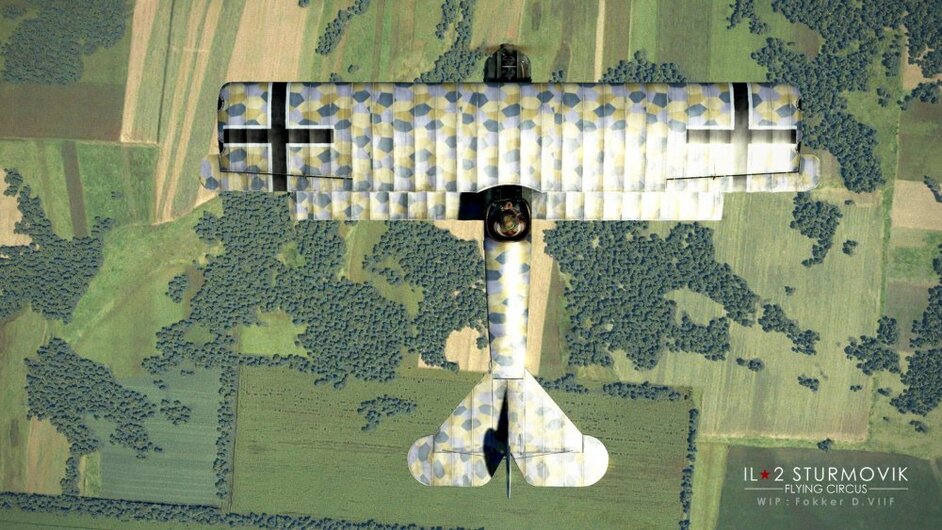 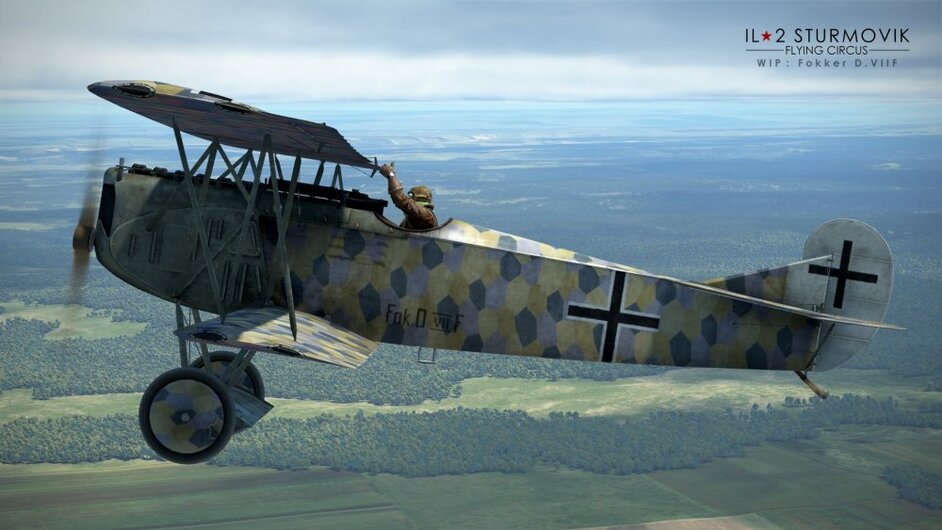 Lots of goodies on approach…

The Tempest will be fun!
Most of all I’m looking forward to the new maps of Flying Circus and Bodenplatte.

The Tempest is one of my favorite warbirds.

I need to hurry playing through DCS F-14 to dedicate time to Bodenplatte.

Dangit, I really don’t need to be buying more shoes, but…

I had me a great time flying the Dora and the DVIIf. The Dora is very fast and climbs like a monkey. I had not been playing too much il2 till today. It looks and feels great.

I’m totally crazy about the possibility of pitting planes of different eras one against the other!

Fend off a squadron of Red Barons in your Yak!

I once bought one Il2 BoX title on steam (stalingrad?) and the rest on their site. It all updates and works perfectly through steam.

Flying Cliffs will add aircraft to your BoS install. Dont know if it’s on Steam

What about Flaming Circus?

What about Flaming Circus?

That’s what happens when I try to fight in a biplane.