It's my birthday...and I'm still figuring out what I want to buy

I’ve decided I’m going to get myself a new rig - pretty certain I’m going for an i7-6700K processor and no less than 16GB DDR4 RAM, although I haven’t figured out my mobo yet. Too many have blinky lights. I hate blinky lights on my PC.

I’ll be adding a 500GB SSD along with a 1TB drive for secondary storage - similar setup to what I have now.

I’m also a little split on my OS decision - Windows 10 is the latest out there, and it doesn’t seem to have been the disaster that was Vista (or Windows ME if any of you younguns out there remember that one) but I’m grown quite comfortable with Windows 7. I’m leaning towards Win 10 (Home 64-bit) and just make the transition now instead of later…

Well…I’m a complete idiot when it comes to hardware…so no suggestions there. I have been using Windows 10 on my main gaming computer and have had nothing but a good experience with it. I’ve heard there are some older SecuROM titles that might night play nice on Windows 10 (maybe stuff like Fleet Command or similar)…but I’ve left my laptop as a Windows 7 for just that reason.

Can’t wait to see the new build - you gonna put it together yourself I assume?

I hate blinky lights on my PC.

But how will it be fast?

For motherboard with that kit I like the Gigabyte GA-Z170X-UD5 (or ‘Frank’ as I like to call him). Other matched choices here: 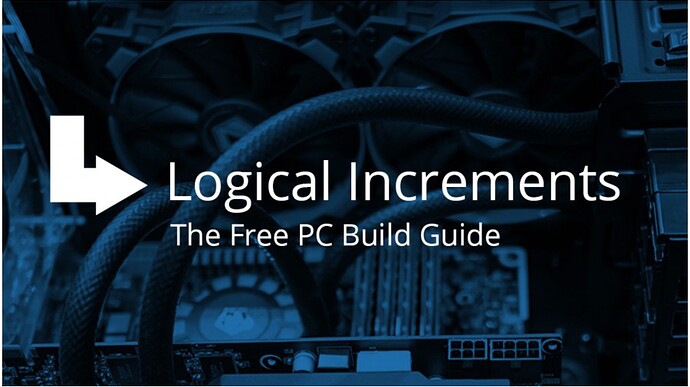 Helping you build a PC, at any budget.

For the 1070 vs 1080 it really depends on your confidence with women as the only really defining factor. I’d be good with the 1070 side of the price/power curve pre-Xmas personally. As always, there are plenty of bigger GPU’s on the way.

Win10 is good, no problems for me. If you have your mousepad as your upgrade path then it’s nice to put a new OS on at the same time.

Directx 12 added support for assymetric multi-gpu setups. To the point that even an AMD and Nvidia GPU can work together. You can get a 1070 now and grab a 1080 later down the line. That could be in a few months when you’ve regenerated your budget or simply when you start to feel that the 1070 is not keeping up anymore.

Keep in mind that for this to work the game needs to support directx12 though. I don’t think it’s been a full year since DCS adopted DX11.

Windows 10 is fine. I moved from Windows 7 straight in with no issues. Things are a little different but this has to be the most pleased I have been with a Windows release in, like, forever.

I am still considering the MLU for my PC. I have a run-of-the-mill i5-4690K and 16GB. My problem with an upgrade in this direction is it means replacing all three (motherboard, processor and memory). I suggest 16 GB as a minimum, though. And go for clock speed on the processor as that is important in DCS.

I am split on the 1070/1080 decision. On one hand I would like to be ‘future proof’ for at least a year but on the other hand I seriously doubt that is an achievable goal without dumping a lot of money into the graphics card. I have a 970 at the moment and it is … fine … but I am feeling the geek angst at having a PC that is a bit over a year old.

TLDR; 16GB, balance the GPU against putting the $250 into processor GHz or planning ahead for VR.

But really, what game uses efficiently more than 8 GB of RAM?

komemiute, is right on the ball. I got a ridiculous amount of RAM. I have only seen a game use 9GB of RAM. So 16 in my opinion is plenty of overkill. But still a good future-proof.
I have 32 GB of DDR4. 16 Gigs of that were a total waste of money.
Personally, I would get the better GPU. DCS is demanding and gets more so every year.

Good Luck on your build buddy.

@maico With that spare RAM have ever played around with a RAMdisk? There are some good free ones to experiment with. Holla if interested.

There is a term I haven’t heard in awhile. That was kind of a thing a decade ago when I was trying to run some sims…I kinda recall it was great for the read/write speed but (and I’m reaching here) it might have had some issues with writing savegame data (?). I’m sure the technology has massively changed from what my feeble memory remembers.

Maybe because it was volatile memory back then? Heck…I dunno…

Some older games absolutely scream on one, and with a 16GB disk it is actually kind of fun to use FSX or DCS with one, just for an experiment. Not many faster disks than that…

Ok, I’ll bite. But only because you always know what you’re talking about. At least you have us convinced you do. LoL What can I do with RAMdisk?

LoL What can I do with RAMdisk?

Well, it’s strictly for just playing around with rather than serious use, but the idea is that since you usually have ~16GB of RAM not doing anything, you can make a ‘hard disk’ out of it and then install a game and play it from that virtual disk. Obviously if that game relies on Disk I/O speed for loading up textures etc then it is going to be insanely fast (as it’s really memory being used here). When the computer is shut down then the memory gets ‘flushed’ to disk so as far as the end-user is concerned it is just a small, SSD like incredibly fast disk.

I’ve used it before for moving in a dev environment into it and it worked well, but it is really just for fiddling around with rather than a serious long-term solution to anything. Some people map their browser cache to their ‘M:’ drive and get nice speed gains that way. Obviously nothing vital to be stored there as unless you have a UPS then the computer powering off unexpectedly will spoil your ‘disk’.

Nice front-end for a freeware one here: https://sourceforge.net/projects/imdisk-toolkit/

Good Stuff from the frog again!
Thanks man. Sounds cool but since I have two SSD’s I think Im ok. By the sound of it, you lose everything when your restart. I live in Qatar. The temps here are high as hell. I work 12 hour shifts so I shut down my PC when I go to work. If the AC was to fail, I would come home to a badly overheated if not dead pc.
I wonder if I would be able to dedicate some of that memory to video RAM. And would this make a difference? Currently I have a 980ti with 6Gb of Memory.

Instead of starting a new thread I’ll piggyback on this and toot my own horn.
Figuratively speaking.

Yes, kids… March 29th, 1978 was the terrible day Italy and the world were cursed by my existance

and I never stopped making forums a mess/embarrassing ever since!

I mean… If I can ask just one thing, please… PLEASE… keep being this good to me, even in those days I have.

I love you all.

Take best care of you today, for me.

welcome to the 40s club. The waters are (luke)warm and the babes are sagging

From one 40 (plus) person to a new member…welcome aboard!

Even though I joined here since April 2016?

Happy Birthday…! I enjoy flying that A-10C skin you made every time I fire it up… Hope you’ve been having a great day…