And, MAN! that guy is an amazing 3D modeler! You see the same love in that cockpit that you see in the Gazelle.

He is!
I have supplied him with loads of pics of the HKP9A at Aeroseum in Gothenburg, Sweden. Even got them to open it up for me so I could document the entire cockpit and cabin.
Really looking forward to try it in DCS.

I third that - I would love to tell you of the stuff he has shown me “in construction” of another project that may have been dropped since - but then I’d have to kill you!

Was as good as any commercial offering I had seen.

I know it’s a different world, but I have the Bo-105C from ND in FSX and it’s a very nice machine.

but then I’d have to kill you!

Really looking forward to try it in DCS.

You and me both! 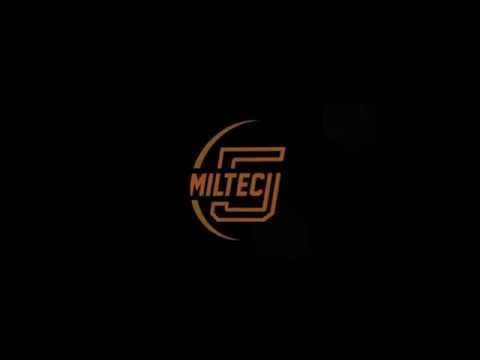 This is the last news I read:

And I recently believe I dare to place a bet on which 3rd party:

I can remember hearing from someone that Heatblur mentioned a future helicopter module, which makes this even more likely. Let’s hope the negotiations go well and we will get not only that Swedish anti-tank Bo-105Hkp-9a, but also the German anti-tank Bo-105PAH1A1, the utility Bo-105VBH and the Korean Scout Bo-105 CBS-5 KLH

Especially that last one, since it looks like it has the same sensor/designator ball as the OH-58D

Ok - just to clarify things.
I am no more under control of the BO-105. It will be a joint venture with a 3rd party and me. Again. the BO-105 is in the pipe but we all need to wait until she’s in the first row. I’m also not happy with this situation but that’s life -> unforseen stuff always lurking in the background. Furtheron - I’m not a coder. If I was, she would already been released. ED code is very special and it needs 1 Year+ to understand all it’s functions and how to get things work properly. The only solution is that one have to contact an experienced team which is familiar with the code.
I cannot say it often enough - Please be patience

Glad to hear its still on the table, I really love the rotor wing side of DCS so I look forward to hopefully getting this in game some day.

Actually been wondering about this module the last few months. Glad to hear it is still coming to fruition.

The visuals of this helo are absolutely spot on and a work of love, I hope the dev team he got in touch with can help him out! Christmas is waiting and I know that it’s another pretty hard wait for the BO-105. But we gonna advance

In the moment I’m bringing the 105 to the standard quality level of the 3rd Party to reflect the overall look as close as possible.

Dispite of that and of cause it’s christmas - I want to give you a Ramp Start Video of the 105 done by Roie Gat. It was recorded about 1 1/2 Year ago.

With that said. I wish you all a merry christmas and a happy new Year. May 2019 be the year of the 105. Thanks all for you patience.

It appears the BO-105 is canceled…

(I contributed to the project, the Bo is one of my favourite helicopters, and judging by the conversations I had with Ollie he is a pretty cool and hard working dude. Sad).

What a shame. Was really looking forward to that particular helicopter and IMHO it would have fit in well with the DCS World time frame. You can’t win them all I guess. Such is life.

So he never found a coder who could and who would?

I’m not surprised. It was taking way too long. RiP Bo-105 sniff

Hopefully one day they’ll get back to it.

Goes to show what a difficult task it is to put these modules together…and I guess you need people with not only the skills but a passion for the topic, as anyone skilled enough to develop DCS modules would probably be able to get a higher paying job developing a less niche product.

Aw this is sad

I had hoped we would have it within a few years after the Gazelle. I wonder what miltech’s plans are now.