Mission of the week!

Hornet Mission of the Week

This is Dissimilar Air Combat Training (DACT) against a gauntlet of various fighter types. As you splash each one, a new opponent will spawn to engage you. There are 12 levels to this mission; can you make it to the end? You have a full gun load and six AIM-9X and six AIM-120C.

Both a single player and a four-player cooperative multiplayer mission are attached. Get them here:
https://forums.eagle.ru/showpost.php?p=3825407&postcount=142

An E-2D Hawkeye is on station to provide you datalink to help locate each adversary.

The A/A Waypoint/Bullseye is at your starting location (waypoint 0).

As always, thes missions of the week will later be added to the game. 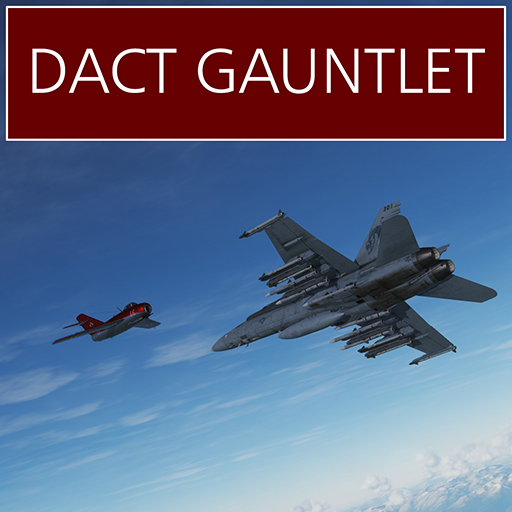 Hornet Mission of the Week

An operation is underway to reduce the enemy defenses on the approaches to Cherbourg. Strongholds are being targeted using both air and land assets to prepare the way for a final ground assault. Your flight of two F/A-18C, callsign Springfield 1, will be on call to destroy targets as directed by forces on the ground.

Your flight will depart from the carrier and fly southwest to the target area. You will hold at Initial Point (IP) Adder, waypoint 2, and check in with a JTAC, callsign Axeman, on radio channel 5. Your target is expected to be enemy bunkers near the approaches to Cherbourg. The JTAC will direct your flight onto the targets when you arrive on the scene.

Your flight is armed with both laser and IR guided AGM-65 Mavericks. The JTAC will mark targets visually with ‘willie pete’ smoke rounds and with a laser designator. Laser code 1688 will be in use. The target location will also be given as a bearing and distance from IP Adder, waypoint 2.

See the mission planner for detailed navigation planning and the location of friendly air assets. Enemy units on the map can be considered current intel but may not be the threats you face during the mission.

Other package elements will be airborne and operate on a common mission radio frequency. A flight of F/A-18Cs, callsign Springfield 4, be on station north of Cherbourg to provide suppression of SAM threats (SEAD) if needed. Their primary targets are mobile Roland SAM systems so you may be tasked to take care of shorter range Gepard AAA systems yourself if they become active.

Hawk and Patriot SAM systems are active inland and should not be approached. Enemy aircraft can be expected to operate under their SAM coverage. See the intel slide to the left for details.

Are these missions still being developed? I played magnum force last night and had an excellent and immersive hour or so. It is listed in the missions for the hornet. Flying a SEAD role in support of L39s and A10s. Never shot a missile off but sent one of my flight to shoot a Sam and another to engage a bandit. Stooged around our sector until the ground pounders set off for home base and our flight used the TACAN back to mother where we all landed safely. The only blip was my 2nd wingman decided to park where I was and in an effort to move for him managed to fall off the side. I ejected before hitting the water but as the cockpit was turned 90 degrees hit the water at a fatal velocity. Do they not have barriers on the real thing?