My Dual Boot (Win 8.1 and Win 10) 1 TB system HDD and both of my main data 2 TB HDD’s where throwing Disk Write Errors after me, so it was time for replacements.

It was a bumpy road but I succeeded in the end.

This is mostly to fill up some of the pits I fell into.

Disclaimer! Remember that any of these disk operations have the risk of ending in dataloss, so do a backup before trying.

I will not be held responsible for any dataloss, downtime or whatever.

Note that I do not have access to my own PC as I am writing this, so I’m skipping lightly over certain of my steps, but there are How To’s out there. I will be home before New Year and can provide more detailed answers to any questions then.

Some of the stuff that worked for me will also work for migrating from a HDD to SSD, but I will recommend to check out some of the tutorial videos out there. There are also some on how to migrate to a smaller SSD.

So I got my self a 2 TB for the system and a 4 GB that will hold the data from both the old 2 TB ones. When economy allows I will get another 4 GB one and move the data from the second old 2 TB to that. I know that the recommendation is SSD drives, but lack of support for them in my system and lack of economy made me stick with HDD’s at this time.

Having had prior success with single drive systems and EaseUS Partition Master Pro I decided to buy it. Turns out it is not really geared towards cloning a Dual Boot system. EaseUS recommends their ToDo Backup version for that. I have not tried it so I don’t know if it works.

Note that on a Dual Boot system you will have an EFI partition. This contains the bootloader that lets you chose the OS you want to boot into, so it’s important to keep. It also contains the BCD “Boot Configuration Data” that was the source of some of my troubles. More about that later.

Also worth noting is the differences of the MBR and GPT partition systems.

You can read more about it here: 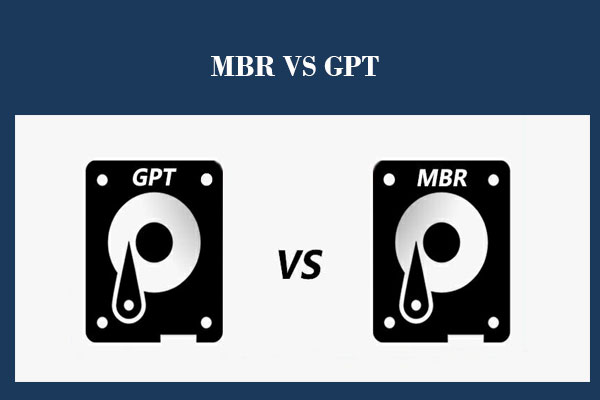 MBR vs. GPT Guide: What's The Difference and Which One Is Better

MBR or GPT, which one is better, and what's their exact differences? In this post, we will explain these 2 aspects in detail.

I have a 2.5 and 3.5 SATA drive Hot Swap dockingbay and that made it easier to do the cloning part

My first error was trying to do all the HDD’s at the same time. Only in troubleshooting did I discover, that the recommendation is to only have the system drive present when starting up after migrating the OS to another HDD or SSD. When the system is up and running again you can put in your data drives one at a time. It makes troubleshooting so much easier.

On to the adventure.

I started with loading my new 2 TB systems disk into the hotswap and using Partition Master Pro cloned all of the old system drive to it and unloaded it.

Then I loaded the new 4 TB disk into the hotswap and cloned the first of the old 2 TB data drives to it.

Then it was time clone the other 2 TB drive to the unallocated space, but I couldn’t! Blaaarrghh! Turns out it was set up with a MRP partition that only supports up to 2 TB no matter what the drive size is.

Fortunately it was easy to convert to GPT with PMP, and then I could clone the drive.

Then I created a PMP bootable USB stick.

Time to disconnect the box and pull out the old drives and sticking in the new ones. Remember to be careful with static electricity. (I have killed one mainboard with a carpet spark. Ouch)

(This is where I should only have connected the system drive.)

I reconnected everything and hit the on switch and lo and behold a BSOD with an 0xc000000 error. I cannot remember the last letter but it was a BCD error. I don’t know if it would have been possible to fix this with easyBCD at this point, but I only discovered it later and have not looked into it.

I put in the PMP stick and rebooted. WHAT! WHAT! For some reason my bios no longer recognized any of the 2 USB keyboards I have on my system. It did the last time I needed it.
Ohh Bulsxxt! How can I tell the system to boot from the stick? Ahh, don’t you have an old ps2 keyboard that you haven’t thrown out? Yes! We are back in business!

Okay, what can I learn with PMP?

All the drive letters where messed up and it is not possible to change them with the PMP stick.

I ended up deleting the partitions on the new system drive.

Before you begin, note the drive letters and labels of the old partitions and drives. If you have a Dual Boot system, note what drive letter the unused partition gets. In Win 8.1 my Win 10 partition is H and in Win 10 my Win 8.1 partition is E. The first of my old data drives is D and the second one is G.

I could not see any way to get it to work, so I started over with the system drive.

I unplugged the PMP stick and loaded the old system drive into the hotswap.

I booted up in 8.1 as it is the first Win partition on the drive and chose the Migrate OS option in PMP targeting the first half of the available space.

When that was done I honestly can’t remember if I then went straight to resizing the space, so each OS got an equal share of the space and cloning the Win 10 partition, but I think I did.

When finished I unloaded the old system disk again.

Holding my breath it was time to boot again!

Yes! The bootloader loads, okay choosing 8.1 and it works! Yes!

Booting into 8.1 again and using PMP to check and the drive letters are all messed up. Changed them with PMP and rebooting. Bulsxxt, they are still messed up.

Then I changed them with Disk Manager and they where as the should be after reboot.

Sxxt that looks complicated, but EasyBCD was mentioned as the easy solution. At first I was hesitant to use it as I got the impression that it is payware and have been burned on pay software that made promises, but didn’t work. Turns out there is a free version for noncommercial use provided that you register and I am okay with that.

After downloading and installing, it was just a question of clicking into the right section and telling EasyBCD the drive letter of my Win 10 partition and saving.

waiting for the January sales and getting another 4 TB drive and moving the partition from the second old 2 TB drive, from the first 4 TB drive onto that.

I hope this will be helpful.