A long time ago I started off computing wise with an Amiga 500+ and that was purely to make a data base of my out of control vinyl Records and CD collection … soon realised it could do much more than that … it came as a pack with Bob Dinnermans FA/18 Interceptor and I was hooked.

Soon realised the way forward was with PC computers … it was Falcon 3.0 did that to me LOL and magazine shots I saw and lusted after, bought my first PC a 386 MHz clone same year from an off shore medic in Aberdeen I knew … he was as daft as I was LOL and showed me the ins and outs of his PC … he’d just built a new 486 (gasp at tech of time) and I was happy to buy his 386 … it put me on the right track for sure.

I learned fast though and soon realised building your own PC was no biggie, so ordered up parts for my first PC build of a 486 DX2 66 … great CPU in its day

and the rest of the parts needed too and BINGO … it all worked off the bat, felt like a computer scientist for half an hour … not many people took that leap back then though in fairness, heh.

Over time I’ve learnt lots, we all have and have upgraded massive and focused on flight simulation.

Bit later wanted to re-visit those old days and decided to build a retro DOS PC to run those old sims and games I started off with … actually still have my old Gameport TM F22 pro and TQS for that, went on a hunt from my parts cupboard and even Ebay … I was on a mission … couldn’t find my my original 486 CPU or board but bought a board and Pentium 200, graphic card not sure of in my pics, but definitely 3dFX era pass through variety … Orchid Righteous I think via a Matrox card of time … will pull them both to check soon.

Ignore the case logo’s, it was best match I could find on Ebay at time … PSU is ultra noisy, remember that much.

Going to give it a deep clean this weekend, get the remaining muck and spider webs from years of shed storage cleaned off of it and hopefully it will start again.

It was well tweaked with my knowledge of DOS back then and memory management, even if I did use QEMM, even a custom menu system for my sims … GUI … pah, beat ya Windows

Will try it soon and report back. 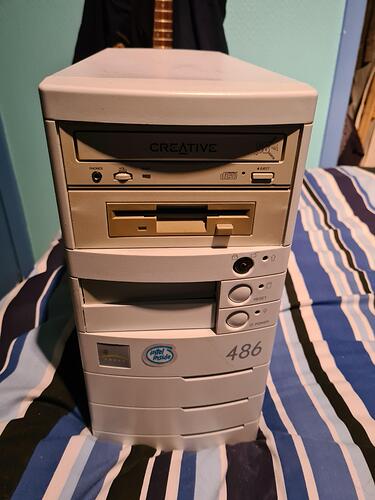 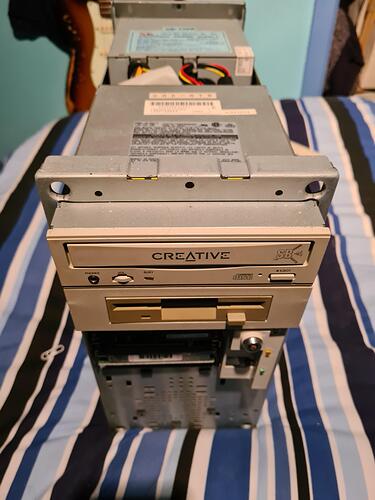 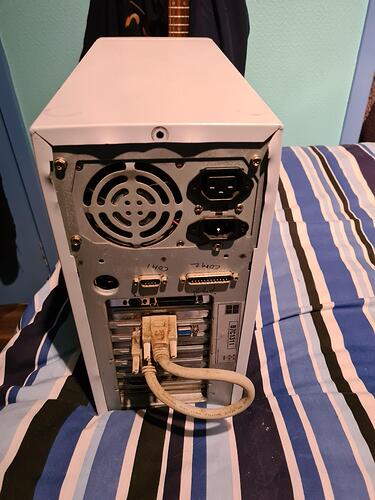 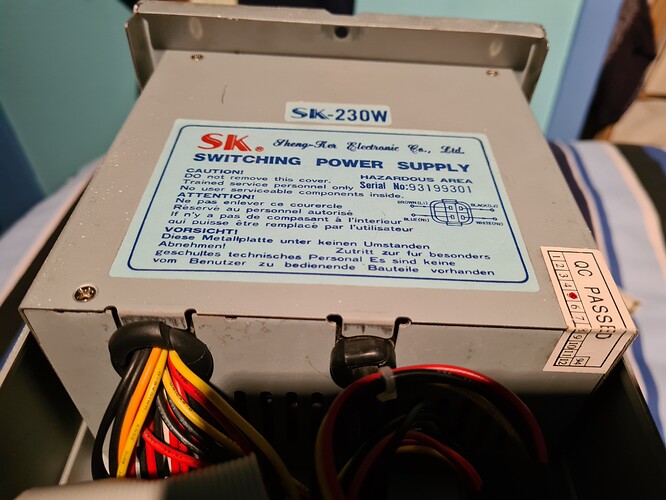 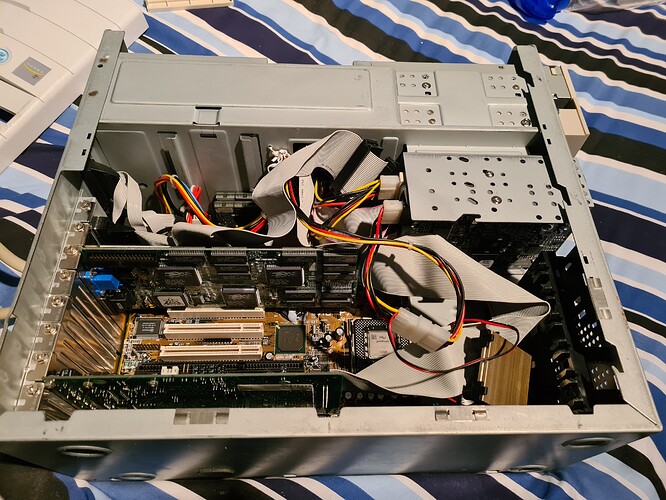 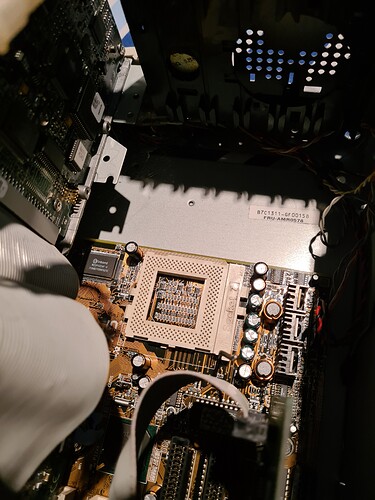 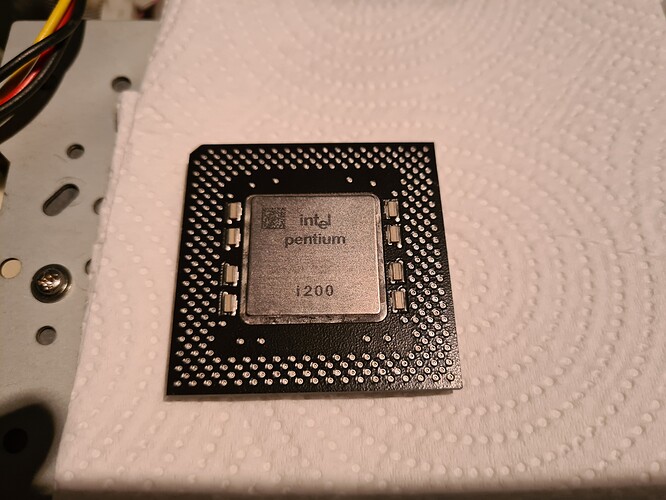 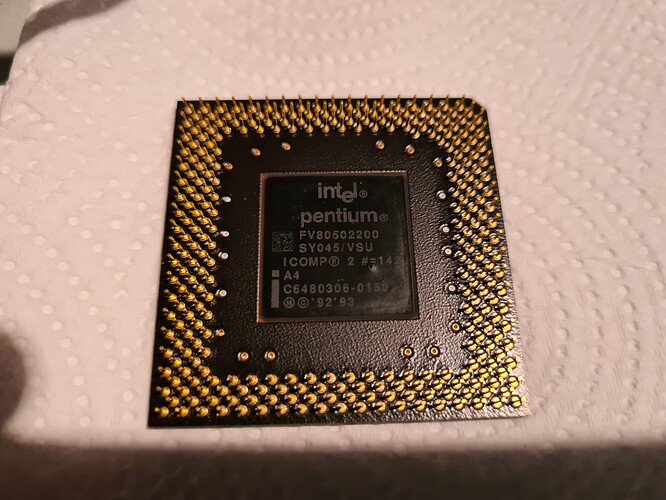 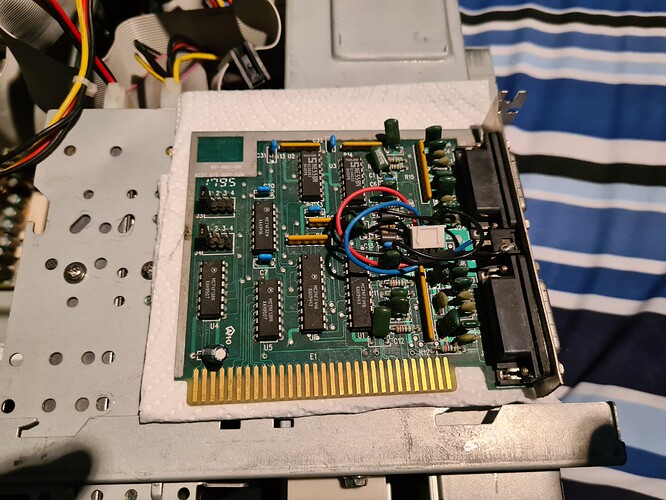 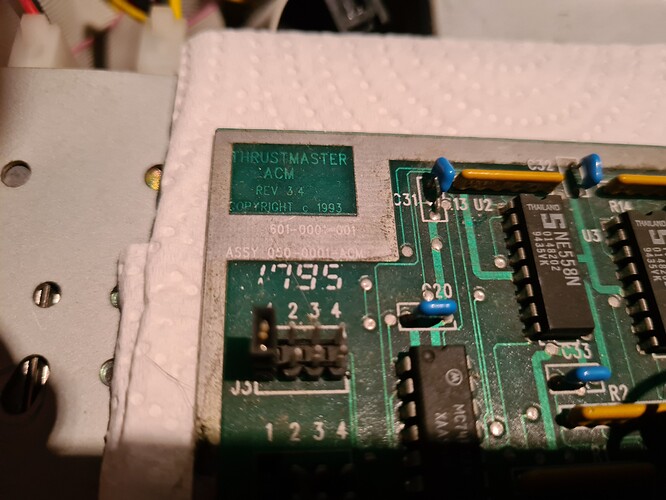 Great project!
Document a lot and post many pic.
This is great entertainment…

Ohhh man, thanks for the sharing, that take me old memories, like that ACM gameport card that even have a cable with a pot to adjust the something that i not remember now. And that tiny cable to connect the 3dfx gpu cards

A 486 dx2 66 was a very powerful machine for that time were you can run everything for dos golden age time.
About Dos, i liked much the dr-dos and pc-dos.

Wow, flashback. I think a 486 was the last one I ever built on my own. My impression now is it is a little easier connecting it all but there are a bewildering number of choices.

I wish I didn’t lost my Pentium 75MHz machine back in late 90s. Still remember it’s spec:
850MB HDD (Matrox) - this part I still have

I still have some older IBM PS2 machine (386 SX based) in my basement I got in early 2000 from my father to tinker with, might start it up someday (I got it to run a decade ago, installed F-19 on it, only PC Speaker and no game port for analog joystick though).

These where the ones I remember enjoying the most when they came out. Tornado being the first to hint at a sense of speed down low because it was the first one I used that had no-kidding trees! Though very sparse.