Was on an old RAF Germany Wildenrath Face Book page earlier today, my Dad served there in RAF Germany between 1972/75 ish … True Cold war times, yikes, had not a care in the world though as a kid … what kid cares?, you grew immune to sirens and Tacy Vals, we called them, oh Dads off for another Tacy Val with the pretend Russians … Tactical Evalutions I suppose.

Dug out an old picture from those days, Me sitting in a Harrier GR1 … from those times, unfortunately it got a bit ruined over the years, rescued it when my RAF dad passed away … Years later, lots of years later in fact and good time back now, by chance a good lady friend offered to restore it as best she could … the results were not bad … held on to this for a bit and finally posted this to the RAF Wildenrath group on FB last night … good old RAF guys, it was not Me in an early GR1 Harrier they found so much fun and interesting, but the Pilots name under the canopy …FLT LT Goodall, apparently he went on to great things in the RAF hierarchy of times, Rocky Goodall he was known as, yikes, feel very privileged to have sat in his GR1 Harrier 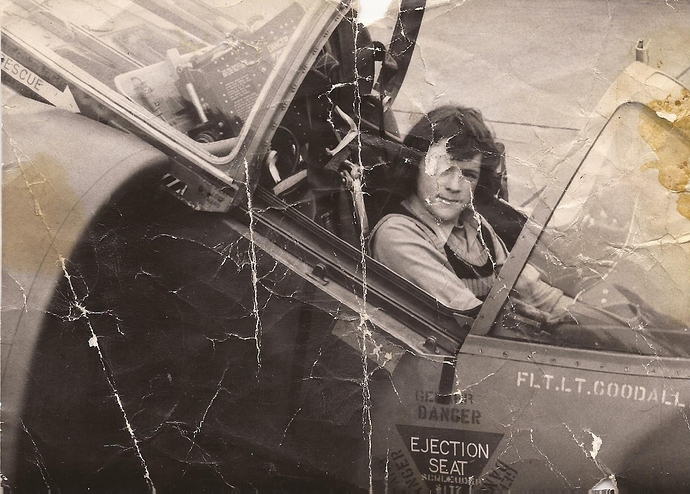 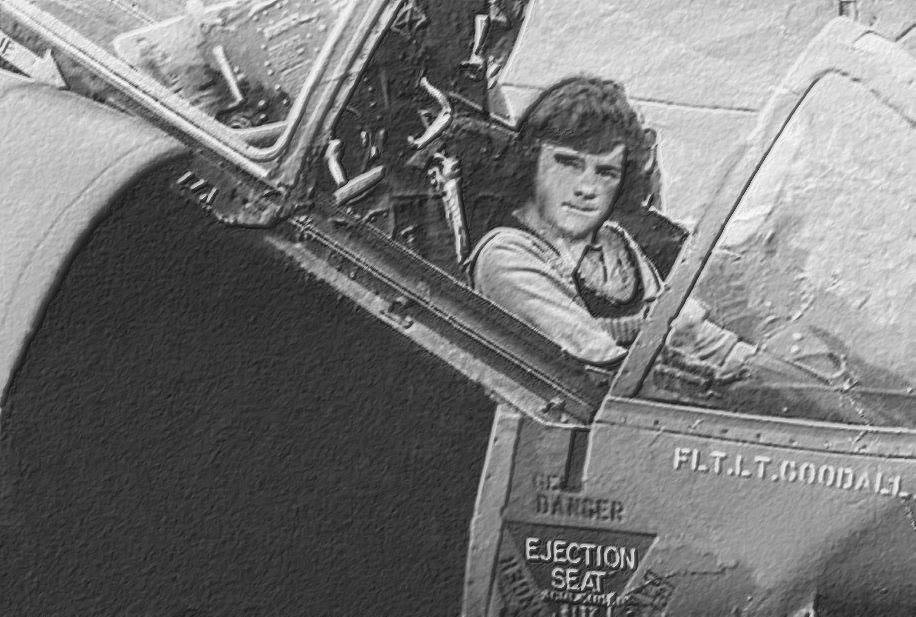 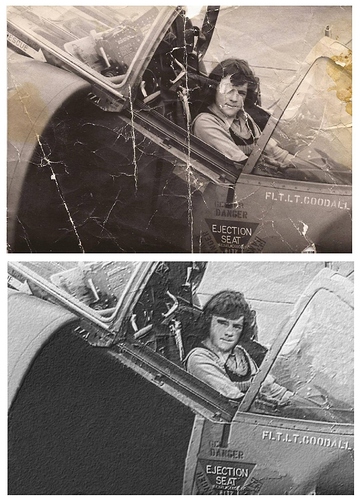 Yep, I’d say that RAF officer did well. He is mentioned in the linked 2003 article as "Air Marshall Sir Roderick Goodall. That’s a three star!

Nice find Hanger200, yeah, that’s him, some of the RAF Germany Wildenrath old boys were gushing about him on Facebook after my post there

Glad I kept that photo and my friend did her best to amateur photoshop restore it for me.

Air Marshall Sir Roderick (Rocky) Goodall was quite some guy apparently from what I’m reading on FB.

As near as I can still, he is still around. You should see if you can contact him and send him the photo!