This story is gaining momentum all over the internet just now.

Never thought much of it, but during lock down and being bored, started to look at various forum storys a little more.

This retired US Naval Aviator I recognise from the Mel Gibson produced Carrier series, apparently his name is David Fravor, he seems convinced in what he saw,. but 25 thousand feet and on the surface stuff … I just dont know what to think about this?

Long video, very interesting though, would love to see more feedback on this from members here.

I won’t click on Joe Rogan but I’ve heard the story and seen the footage.

Why not? Joe Rogan is one of the most “woke” podcasters I know. I wish he was on Spotify so I could listen to his marathon podcasts all day.

EDIT: I had to get down to the bottom of where I could listen to Joe Rogan for free from my Android device … problem solved! Podcast Addict! …

Podcast Addict is the #1 Podcast App on Android with 9+M downloads, 500K reviews, 2 Billion episodes downloaded and an average rating of 4.7/5 Podcast Addict allows you to manage Podcast, Radio, Audiobook, Live stream, YouTube, SoundCloud channels and RSS News feeds from a single app. Getting started: http://bit.ly/startGuide Bugs & Suggestions: http://bit.ly/podcastAddict Contacts: Settings/Feedback Minimal permission requirement Please contact me in case you have any issue/question. The a...

So it meets the definition. Now - is it aliens? I don’t know man…the enormity of the galaxy and universe…the small slice of time we are here…I really find it hard to believe that all those things intersect. I believe people believe what they see. And sometimes those things defy explanation. I mean, one night I tried to evade the rising moon in a Bonanza because I was sure it was a plane trying to kill me.

Just once I’d love for Bigfoot to stroll across or aliens to land on the lawn of the National Mall, in daylight, with a bunch of tourists with HD cell phone cameras. It’s always night, rain, potato camera, FLIR, being filmed by a guy that drank ten cups of ccccooooofffffeeeeeee.

I haven’t researched any of the above. Everyone on the internet can prove something with enough abstraction and obfuscation (I’m not saying anyone in this story did)…its kind of a depressing state of affairs when you are a data driven person like myself. Even the data gets warped these days.

Indeed the whole UFO = Aliens thing has really sort of ruined the term for it’s typical mundane usage, and even questionable events like the footage that was released is not some glamorous definitive proof.

I take solace in the fact that I…little old me…have often been a “UFO” to others. I’m a legend.

Had a guy (actually several report it) insist he had traffic at FL380, on a collision course. Won’t go into the details (cuzz it’d be boring) but, he was over SJN (border of NM and AZ) ,Westbound. I’m like, “nothing there…”. Went on for several minutes. Turns out it was an evening launch from Vandenburg, CA. Guy swore it was coming right at him. These were separated by ~450 +/- NM’s.

I mean, one night I tried to evade the rising moon in a Bonanza because I was sure it was a plane trying to kill me.

I take solace in the fact that I…little old me…have often been a “UFO” to others. I’m a legend.

Where you doing this?

Fravor : there’s some things are explainable, because I got asked to tell this so,
because we’re kind of, I have a sick sense of humor at times. So like I said I had all these quals [qualification flights] we used to fly, they don’t do it right now because it’s a little bit dangerous, but we used to fly night-vision goggles low altitude in Hornets, all right? So when you put on night-vision goggles they amplify light like a lot.

So you can see a campfire like 50 miles away. So we used to do it, the good spots were down in like, El Centro California there’s a range that, there’s some bombing ranges. But people go camping in the Superstition Mountains which is a kind of north and west of Imperial by, I forget what it is, the springs, it’s real pretty, in a desert it’ll come to me in a minute.

So we even go out at night flying around on goggles and you’d see a campfire and you go: “oh UFO time” and then you get the airplane going about 600 knots and then you pull the power back to idle so you can’t hear it and you get zinging towards the fire. Well you turn the lights are all down because we’re in restricted area so we can do that and there’s lights on it that you can only see if you’re on night-vision goggles.

So the other airplanes can see us but no one else can see us. Then you go zinging at it and then right when you get to the campfire you pull the airplane into the vertical yes stroke the afterburners, you
let them light off, you count to three to pull them off ,and then you just go away. Instant UFO reporting.

[Mimics camper giving a report] “I’m sitting out in the desert it’s all quiet and all of a sudden there’s a [loar?] there’s lights in the sky and they go away and it’s gone.”

Those videos have been around for a few years and there are a few good explanations for the phenomena we see there. 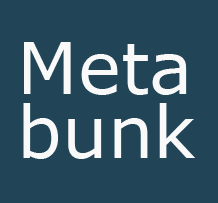 Source: https://www.youtube.com/watch?v=Q7jcBGLIpus Today the Navy officially released three videos of UFOs. They are called FLIR, GIMBAL and GOFAST. The internet immediately took this as meaning that aliens are real. But the videos are not...

one night I tried to evade the rising moon in a Bonanza because I was sure it was a plane trying to kill me.

There is a reason they call the airspace below 10K “Indian Territory” - every Cherokee, Warrior, Comanche, and Saratoga is out to kill you.

Doesn’t mean it’s an alien, or a govt test, or a foreign spy, or time travelers…just that it was something, it was in the air, and neither you nor anyone else who saw it could say what it was.

So those “I believe in UFOs” slogans are the same as saying “I support ignorance!”

If you say “I believe UFOs are aliens”, THEN you are actually stating something.

I mean, one night I tried to evade the rising moon in a Bonanza because I was sure it was a plane trying to kill me.

The History Guy already did a segment on this…

Good replies all, obviously I assume this pilot is highly professional, he talks the talk and from what I have seen in Mel Gibsons Carrier Documentary, he can walk the walk too, in fact he hams it up there several times:)

I remember the Roswell incident, and initial US Gov statement it was a crashed UFO, that was quickly retracted to a more realistic weather balloon or something.

I subscribe to Beach’s way of thinking, the Universe is massive and possibly we are in a Multi Verse of Universe’s, so anything might be possible, but this whole scenario makes no sense?

So if they had the co-ordinates of why this UFO was loitering above one area of sea, has anyone not had the foresight to see if there was anything under the sea there? Why would ET hover about one area of sea for so long and did it not occur to the US Navy Command to go check out that area, if it were the Ruskies loitering there and they flew off, we can be sure it would be checked out fully, what they were supposedly checking out

None of it makes any sense, they gave location away, have gave so much detailed info, so far, but no plans to explore UFO loiter site?

I smell a rat

I think its fun to consider the wider implications of life in our Universe, also … sure David Fravor is a highly respected US naval Aviator, but its hard to take him seriously in that very long interview, no matter how articulate in conversation he seems … that’s my take so far

One last thing, not familiar with Joe Rogan, whom I assume is the show host, not sure who the other guy with beard is either?

What kind of show is being hosted here, is it conspiracy oriented or truthful?

He just talks to people or all different backgrounds. It’s more conversation than anything, which also happens to be one of, if not the most popular podcast. I go out of my way to not listen to podcasts, but he’s has interesting people on that I’ll watch/listen from time to time.

There is a reason they call the airspace below 10K “Indian Territory” - every Cherokee, Warrior, Comanche, and Saratoga is out to kill you.

That’s a great one. I’ll have to remember it.

I flew into Oshkosh one year and had a Cherokee whiz past me. I could make out the rivets on the airframe he was so close and I know I wasn’t the one at fault here since I was flying instruments at the time, fresh off that particular checkride, and I was still full of that post-test pride, clinging to my assigned altitude. I didn’t even get a warning from the controller.

He just talks to people or all different backgrounds. It’s more conversation than anything, which also happens to be one of, if not the most popular podcast. I go out of my way to not listen to podcasts, but he’s has interesting people on that I’ll watch/listen from time to time.

@Mudcat, you ever check out the hunting and fishing podcast called “MeatEater”? Highly recommended. When I saw Joe Rogan go on a hunt or two with Steve Rinella on Steve’s Netflix show also called “MeatEater”, I thought, “this guy’s pretty cool”. Joe is also an avid bow hunter I think.

Joe also has a black belt in Brazilian Jiu Jitsu. His interviews with Navy Seal Jocko Willink (also a master of Jiu Jitsu) are pretty interesting as is the Jocko Podcast. There’s a lot of cross pollinating going on here.

Bottom line, Joe Rogan is pretty insightful and has crazy long conversations with the best of them. Remember when Joe smoked a doob with Elon Musk?