Hmm…they were pretty looking…but not very pretty in the way they were flown… LOL… The Milviz F-4J/S is pretty sweet. A mix of stunning 3D, awesome sounds, and so/so systems…overall fun stuff… You can see my patterns down there…quite a few waveoffs… I guess I should install vLSO… I think I understand why the installed the netting next to the LSO platform. 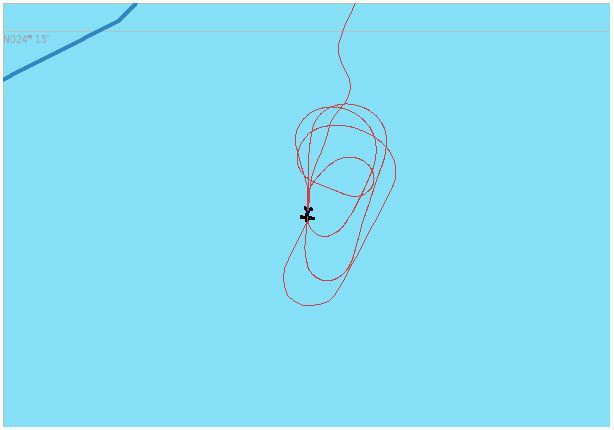 Oh man, good luck with vLSO. If the pattern weren’t already hard enough, it also adds the burble behind the carrier. I did something like 15 patterns in the F/A-18E one night, and got 15 consecutive wave offs.

That dude is my nemesis.

Hmm…OK, now you’ve scared me. I’m bad enough in the F-4. No HUD or FPM/VV really makes landing this sled a chore. And visibility over the nose on speed is an close thing…ya’ gotta scoot your head up high…and that usually makes you lose sight of your airspeed indicator off the bottom of the screen…so it is a rapid cross scan. Thank God for the HUD in the F/A-18… She’s fun though. Bernt Stolle did the flight model I think…and his name is widely regarded across the MSFS community. Having a lot of fun with it - but wish it were TacPack enabled.

It’s still worth trying. It’s a nifty piece of programming and in all honesty, burble aside, I can’t blame it for my lax pattern circuits.

Well, at least not entirely.

Dang it Beach, I ended up doing this for three hours. 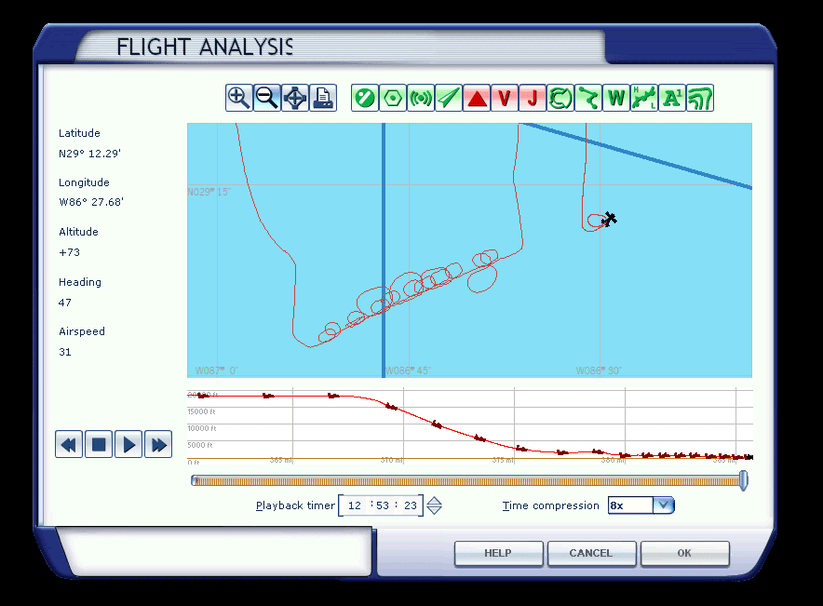 Also I recommend checking out the back seat in the F-4E. So many knobs and dials…

@near_blind - Haha…I love that map plot of the carrier track and your track…that’s awesome. I could probably do multiplayer cats and traps all day - it’s that satisfying. I’m sure when the DCS Hornet (someday) comes out…that will be all I do for a week - plus tanking and marshaling and all that cool stuff. Man…it is going to be epic. Really curious what they have planned for carrier activity.

I could ask for a whole bunch of stuff, but really all I want initially is four working catapults, four wires, and a functioning FLOLS and I’m satisfied. Between the Hornet and the Tomcat, it’s going to be difficult to find time for anything else!

@BeachAV8R your ship is not moving!?

Anyone got any recommendations for X-Plane carrier ops stuff (planes etc)? I haven’t really dug into that yet.

No it wasn’t in that screen. I’m using AI Carriers and I forgot that after you spawn them, you have to give them the FORWARD order as well… LOL…I was losing the advantage of 30+ knots of wind…that explains why I felt so “hot” all the time…

Anyone got any recommendations for X-Plane carrier ops stuff (planes etc)? I haven’t really dug into that yet.

Not really. The default carrier in X-Plane is pretty nice looking…and more dynamic than the one in FSX (it moves according to the sea state you set). And the landings certainly feel more dynamic, but I don’t have any recommendations on carrier specific aircraft at the moment…

Some video (mute the music though…ugh…)

And Collimita will have an F/A-18 eventually. No real idea on the fidelity/systems though…

I quite like the default helo so far (205?), as much fun was had this evening on shuttling back and forth to that frigate. (Ignore the Mi8 style rotor clearance technique ;))

I love playing with the weather and wave height too. A lot of helos at the bottom of the ocean today…

Is that the default FFG-7? I’ve only seen it from a distance. If so that’s a pretty fine looking Oliver Hazard Perry class boat.

Actually on that note, any one know of any decent SH-60s for X-Plane?

Is that the default FFG-7? I’ve only seen it from a distance

It is, yes. The Nimitz is great looking too.

Actually on that note, any one know of any decent SH-60s for X-Plane?

This is the Mi-2 from Mins that used to be payware. Switched to freeware so he can focus on the new AN-2 by Red Eyes. Thanks to Serguey Mironov The Mil Mi-2 is a small, lightly armored transport helicopter that could also provide close air support...

Once I figure out I needed lots of F2 throttle to get her going it’s been fun.

Not great weather in Vancouver today…

…but everything is made more fun with carrier landings. Surprise Navy people!

You know…I “bought” one of those Mi-2s for a personal aircraft in my virtual EPOCH career. It is currently being repainted in Hollister Field in Southern California… I also added a winch to it and put a pilot in it…I’ll post pics when I get home (currently sitting in Dulles)…

And yes, the engine inlet plugs and F2 throttle will leave you scratching your head for a few hours…LOL… I finally found a video online that led me through the startup procedure. My only problem with it now is that I can’t seem to get that freeware KLN-90B GPS to work with it. All that SASL stuff is a bit confusing to me… If I run the airplane in 32 bit, I lose my instrument panel graphics, but the KLN-90B plug-in works, but if I run in 64 bit, I get my flight instruments back, and lose the KLN-90B. I can’t figure it out… And I sorta need the KLN-90B for navigating to some of EPOCH’s really backwoods locales…

Regarding the FFG - I think it has some sort of glideslope type light on the back of it doesn’t it? Something to indicate your approach path or something.

Really glad to see you are enjoying X-Plane. You really should check out one of the Carenado offerings for it like the Cessn 337. Or the FlyJSims 733-200…that airplane is just a blast to fly (old school steam gauges).

And of course the X-Trident 412 is a fantastic helo…as is the Kawasaki BK117 and Dreamfoil 407. Lots of good stuff out there.

Regarding the FFG - I think it has some sort of glideslope type light on the back of it doesn’t it? Something to indicate your approach path or something.

Yep, pretty sure there is some sort of Fresnel lens on the back, with green/red showing port and starboard line up. I was setting the wave heights to 8 feet, so not so sure on vertical as was just sweating try to time a landing lol.

Drooling looking at that Carendo Cessna 337 pit. Do they ever go on sale? I was tempted to wait for 3rd party stuff as I feel I’m still just scratching the surface on the includes, but some of them are pretty rough (at least for 3D pits) so a ‘gold standard’ civil light would be ideal. If I had a 320/737, a good helo and that 337 I’d be happy for a long time…