So Linebacker and I have mentioned this game a couple times, but we haven’t picked it up.

Free weekend is here though.
https://rainbow6.ubisoft.com/siege/en-us/free-weekend/index.aspx

It’s available for pre-load now, you just need a ubisoft account and uplay installed. Kinda annoying, but I already have it for Ghost Recon so it didn’t bother me. I’m downloading now. There’s a 5-person co-op mode though looks pretty neat, and multiplayer is 5v5, but can also be setup as a custom game so that we could restrict it to just ourselves too, so no worrying about long time players griefing us.

Anyway, I am downloading right now. It’s 34gb, so prof/adlabs and co who need a bit longer to download, if you’re interested, I’d start right away. Hope some of you are interested, as looks like it’s pretty good.

I’ve actually had R6S for a while now … solid shooting and a lot of fun but I haven’t played it multiplayer yet so looking forward to it.

It stands for Don’t spellcheck me while I’m composing a post.

I was genuinely confused!

i have it downloaded.

Ya? Well you better get your cronies to do the same.

I already sent a PM to adlabs and prof, but they haven’t read it yet. It’s Wednesday already, so it’s probably already too late for adlabs to download 35GB.

Well he has until Sunday!

I have about 80 hrs in R6 Siege, all done in Terrorist Hunt coop. They release one new map each quarter (aside from the lame “Op Health” one which made MP performance worse IMO compared to where it was before) but there is now a decent number of maps in the rotation.
I have the high-res texture pack DLC and the game is about 80GB IIRC? I also have the res set to 4k and then down-sampled to my 1080p monitor, makes it look great. At native 1080 it’s a bit faster but looks noticeably inferior. I have a GTX 1070.

Is that high-res texture pack available via uplay? Is it standard there? Or some setting inside the game?

I only ask because I noticed it in the steam dlc list, but I couldn’t find it on uplay’s horrible interface.

) and I found it in the menu on the left under the challenges and news and stuff. I think the option was called DLC or something similar.

It’s the only one as the rest of the game is a single block, everyone gets all content DL’d to their PC, the only difference is what operators and weapon attachments (and pointless cosmetic skins for guns and ops) you have unlocked.

Ah, hidden under challenges. Uplay is a master at hiding things where they don’t belong

Thanks, I’ll take a look.

Thanks for the heads up Jedi! I didn’t know about that texture pack … it’s 16GB and my entire R6S footprint now stands at 52GB. I downloaded the 16GB in a couple of minutes LOL … I’m really starting to like my new Gigabit internet service.

… I had to download the free DLC thru Steam and then enable it through the game’s Properties/DLC tab.

Looks like I have to wait until the free weekend starts, or possibly buy the game, to get the dlc tab to show in uplay. That’s annoying.

Well, prof and adlabs are Debbie Downers aren’t getting it for the free weekend. 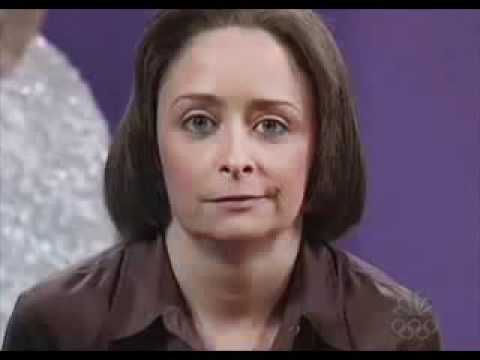 Anyway I should be available no later than 10pm tonight to try this out. Maybe earlier.

I looked again last night. I see it on the main screen (not the left menu) but you have to scroll down past all the stuff about the latest updates and such. The game looks awesome and runs like lightning on my system. My only complaint is the AI has no player scaling, so if you play 2p coop it’s the same as 4p coop, which means it’s naturally harder with fewer people.

Easiest is terrorist hunt classic, hostage extract is a bit harder, then protect hostage and disarm bomb are the 2 hardest.

Ya I think it’s not there because I don’t actually own the game. I don’t have an option for any of the dlc info. I dunno why the interface has to be so confusing though. Anyway, we’ll see what it shows me tonight. Won’t take me long to dl 15gb.

It’s quite possible the option won’t show until the game is DL’d and installed, yes. I don’t recall when I saw it appear.
I do know I always use the HD packs when available. Skyrim was the first game I remember using it in, and for Fallout 4 it made my game (stock, no mods) 100GB!