This is 6 mos old, but discusses the SE’s baptism of fire with 4 former flight crew. I didn’t know that 336th was the first squadron to transition from the Phantom to the Strike Eagle. Good stuff. It was brand new for ODS. I recall a large amount of the LGBs dropped in ODS came from them. 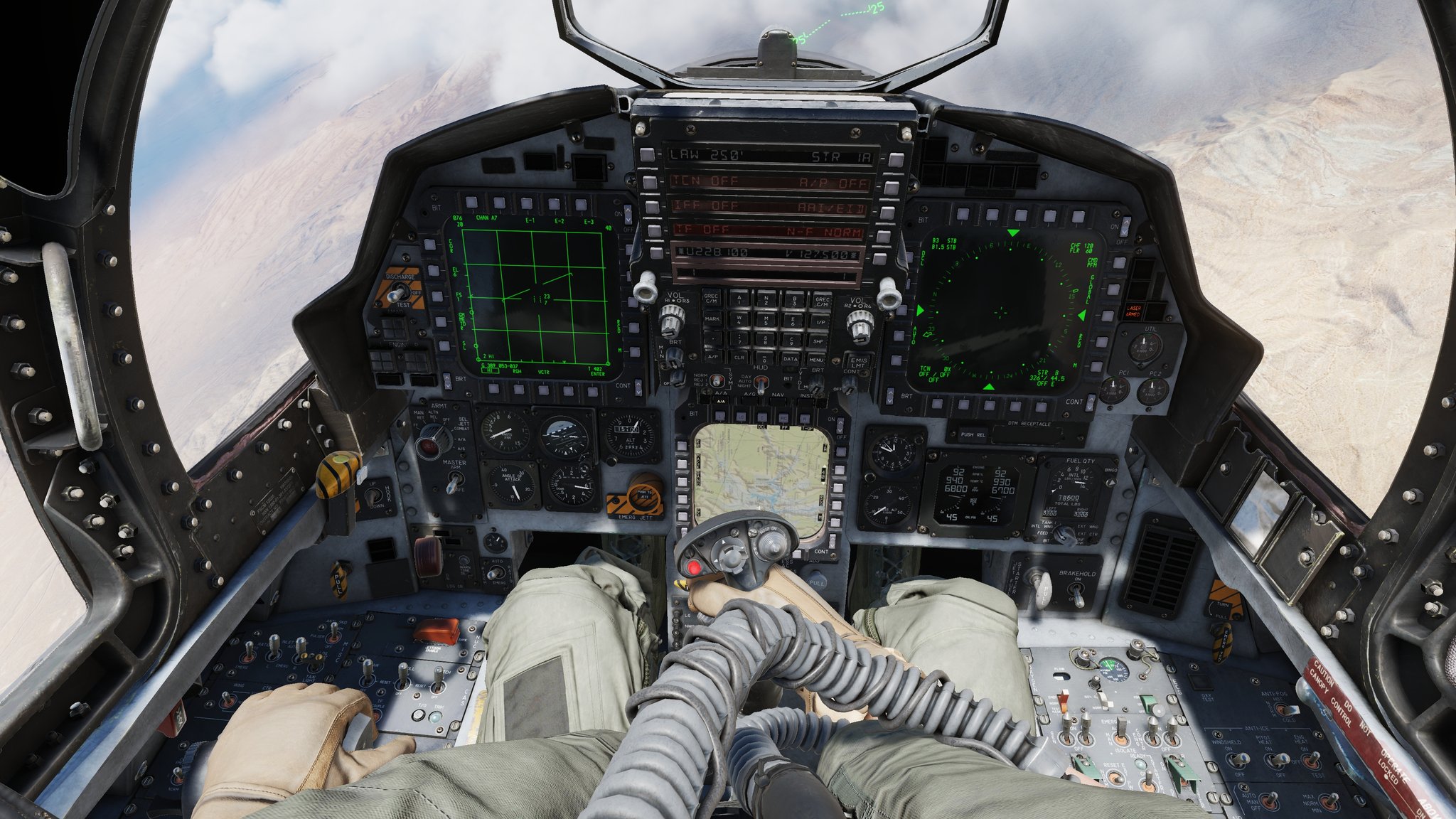 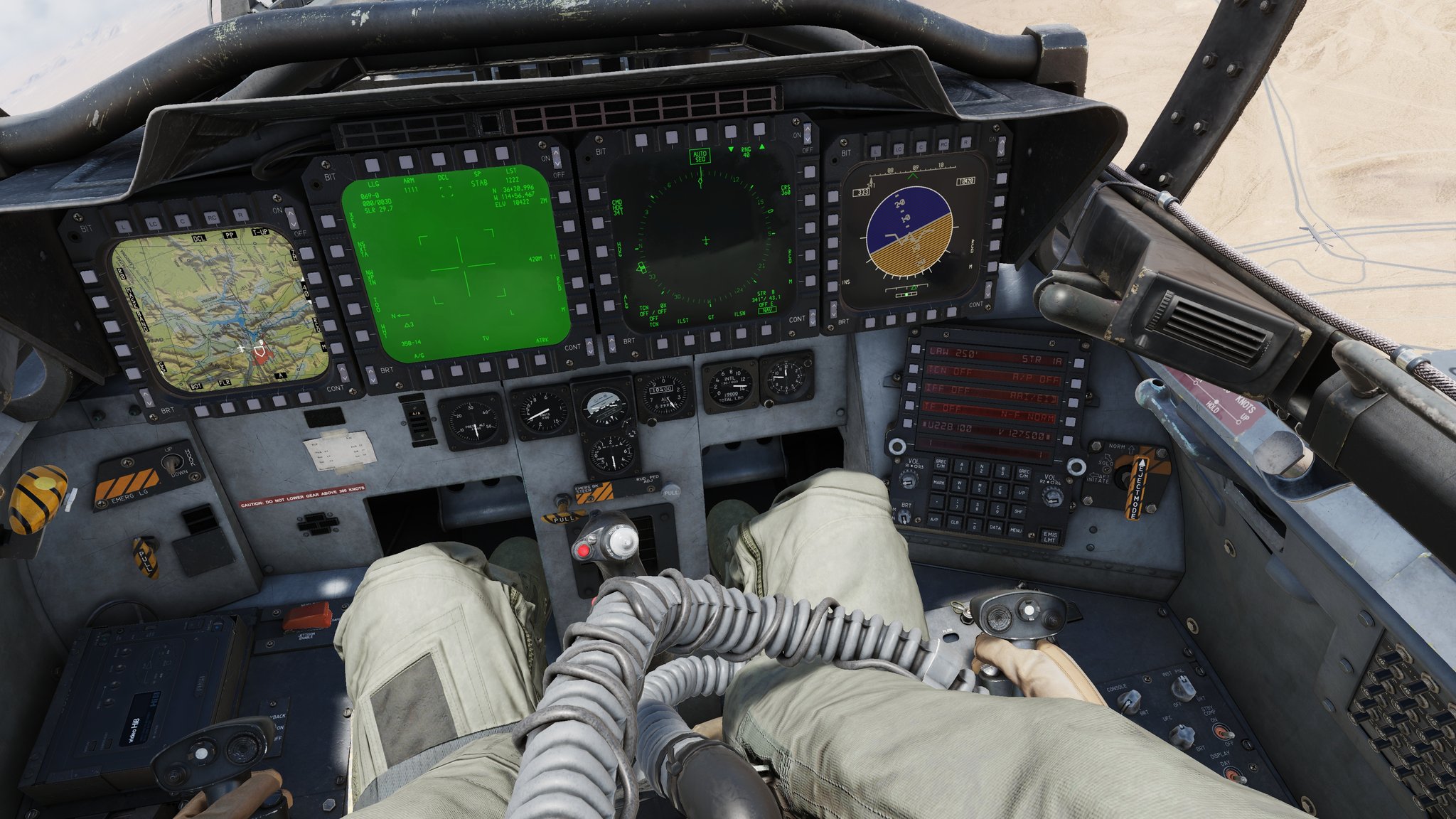 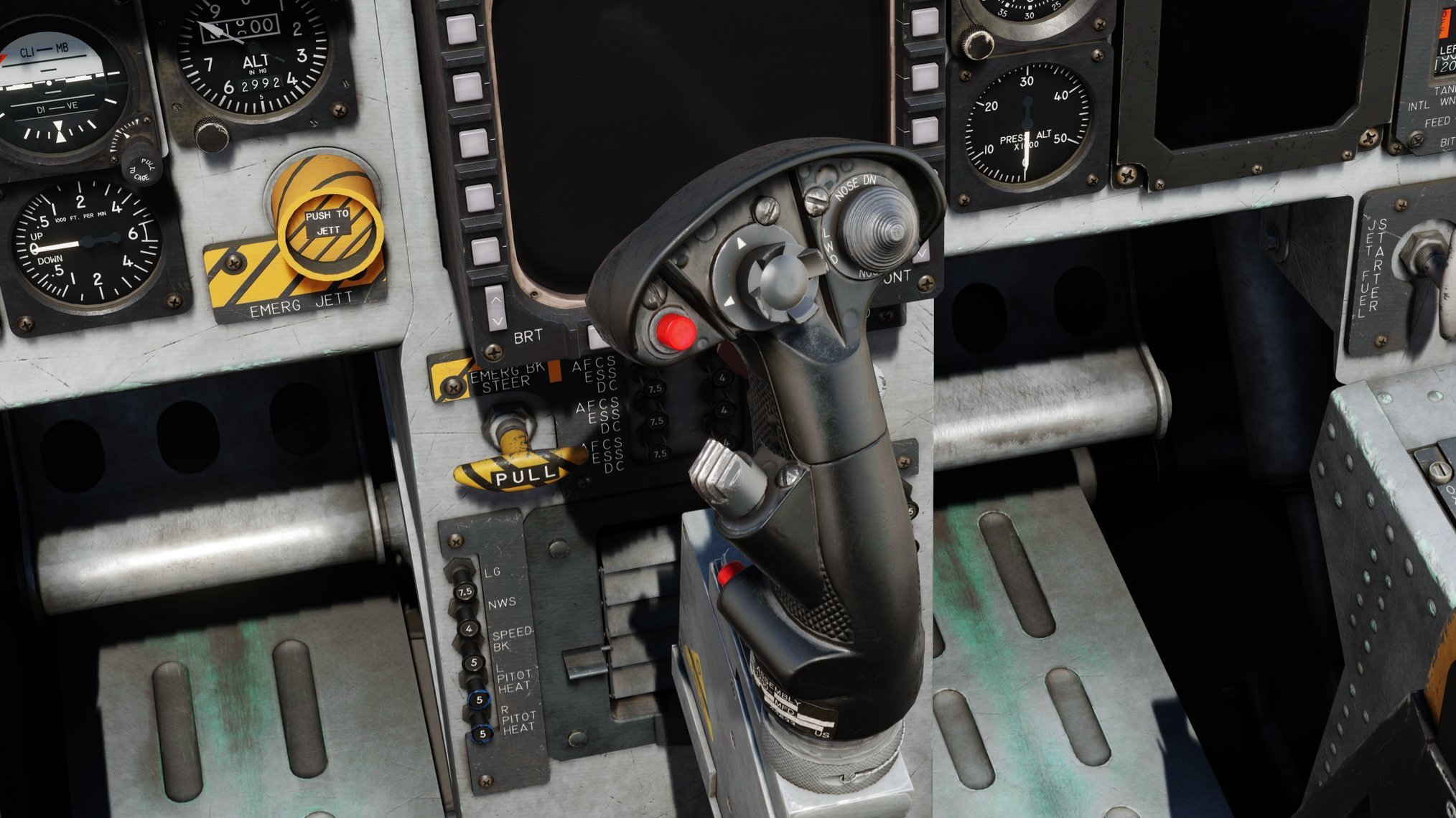 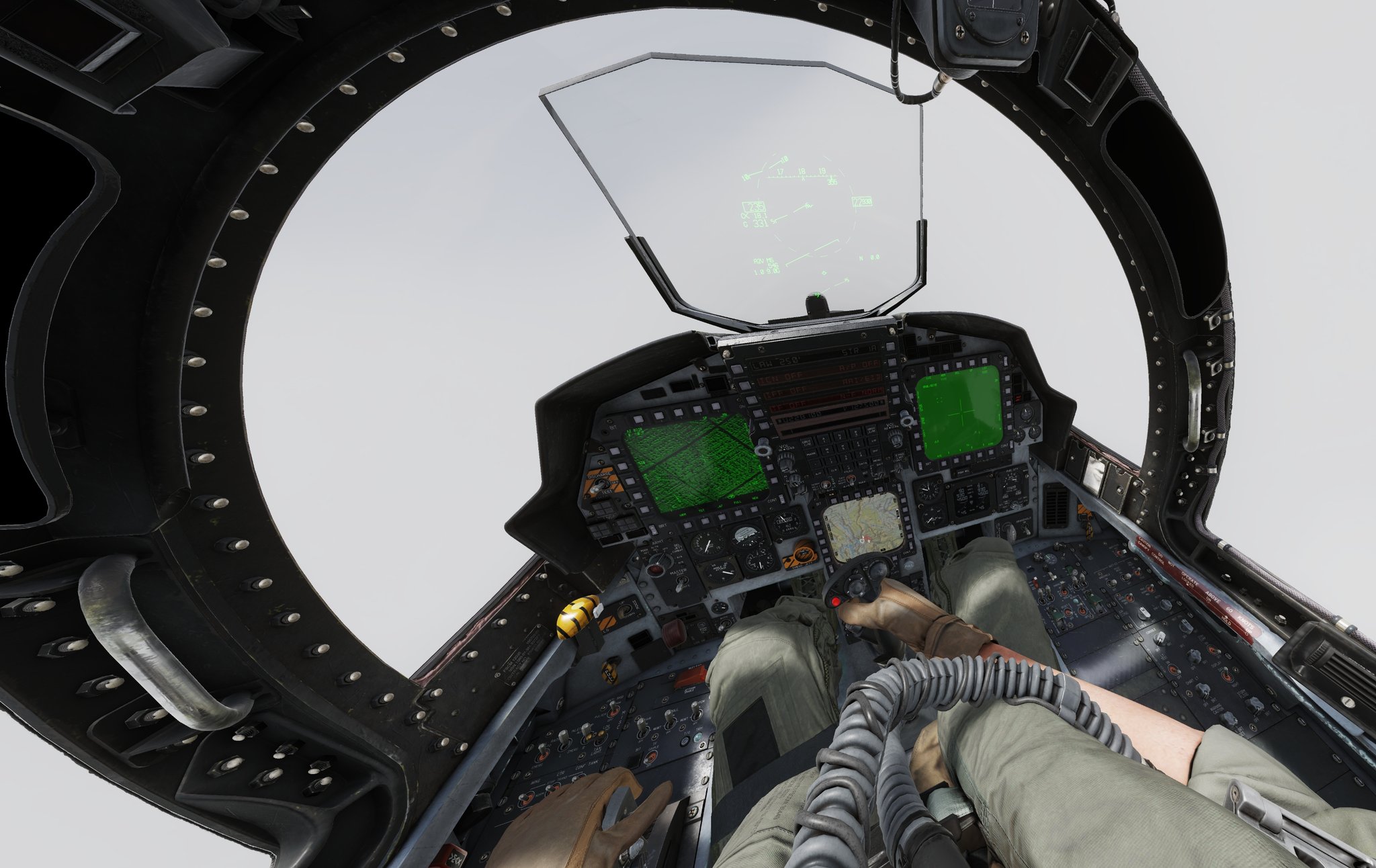 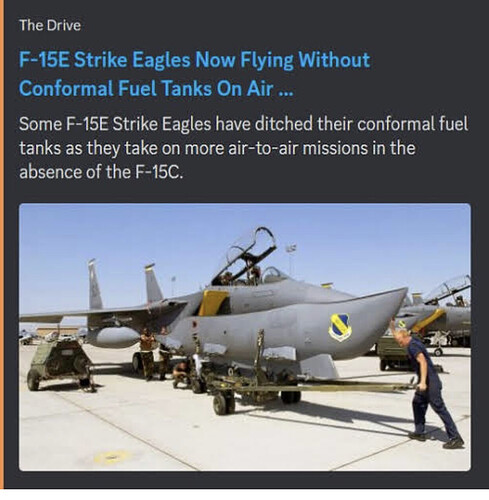 The Title of the Article is Mis-Leading,
Currently Fleet F-15E’s aren’t having CFTs Removed **,

The article is regarding the lack of CFTs Ordered with the F-15EX’s, and When All the F-15EX’s are delivered, there will not be enough CFT’s for all F-15Es and F-15EX’s,
So the F-15EX’s that are replacing Aging F-15Cs would likely choose to operate without the CFTs in a Pure A2A Configuration, Leaving the CFTs and more Available A2G hardpoints for the F-15E’s

Also the CFTs Do not have the Performance Impact that would be large enough to even be considered as a reason to remove them.
The Article is grasping at straws for reasons, when the main and only reason will be CFT Availability.

**There are 4 Airframes Deployed in England That are being Flown w/ CFTs Removed in place of the F-15Cs they lost to retirement, but they are only doing this until their F-15EX’s arrive, to test whether it can be done on a permanent basis. Other wise the USAF Sqns will have to start swapping CFTs on and off aircraft continuously.

But the it’s not something that’s being deployed to the fleet, it’s only done in the in limited fashion.

Nice. I did not know there were any C’s flying with CFTs. Talk about needing a puddle pack…

Question: I heard from a Lockmart engineer a long time ago that the CFTs on the -16 have problems with fuel leaks, and installing them/removing them is not realistically feasible due to issues with that.

ETA- *Piddle pack. Autocorrect is not optimistic about chances of successfully getting it all into the bag apparently.

But Cost and Maintenance hours are likely the main reason,

Apparently they’re designed to be easier to remove/reinstall

Easier than the 16s CFT yes, but still require some modifications once removed.

As for the Exs, they are replacing the C models, No CFTs required there. C models did their job and di it dang well with out the CFTs.

The only time I saw E models without CFTS was for scheduled maintenance, The less times you have to remove them the less likely the will leak.

The EX should, still have the belly stations like the C and will also have Stations 1 and 9 finally activated

The 57th in Iceland did also. Because the release is getting closer

About that. From the Razbam discord a few mins ago 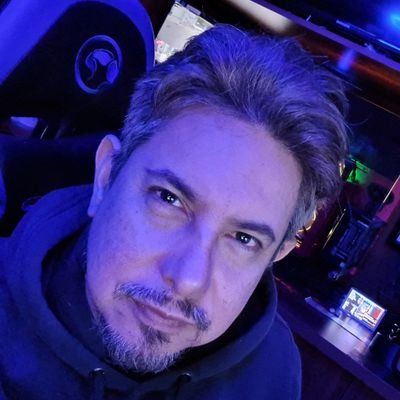 @RAZBAM
Important information: due to a series of uncontrollable events in the promotional material for the F-15E product, the pre order date has been moved to Feb15, this by no means affect our scheduled EA release. RAZBAM Simulations. https://t.co/r5HvokNya0 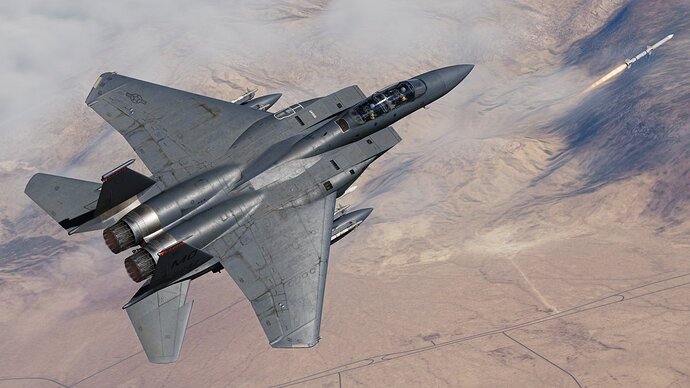 Pure speculation on my part, and perhaps not appropriate. now when I think about that F15C/E/EX.

once RAZBAM’s F15E is stripped off of the CFTs isnt it perfect stand in for full fidelity F15C ?

while it can be tedious to remove the CFTs IRL, its one click in a sim.

hope this will be an option in game.

RAZBAM have stated the CFTs wont be removable.

It significantly changes the aero forces on the plane.