Looks like Razbam might be putting out feelers for a future module. My condolences to any F-111 fans out there. Some of the requests are pretty entertaining.

I’d welcome any non-combat military aircraft to DCS. Pretty sure I’ll be duct taping a couple shotguns to the sides of the Christen Eagle II when it’s released.

A STOL turboprop transport in DCS would be neat. I love helicopter ops in DCS but the transit times are long - it would be cool to clean up a FARP with CAS planes and fly in a Herc on the dirt road next to it for capture.

Surprised by the number of people that want a KC-135. Not as surprised by the C-130 and C-2/ E-2… all of which would be cool with all the navy ops stuff coming up.

edit: I’ve been thinking about this… we need a KC-130J Harvest Hawk…

Non Combat? I hate to say it, but Cessna 172 would be an OBVIOUS choice. I would be happy with a Zivko Edge 540 (Read Red Bull Air Racing).
IMO a C-130 Would be GREAT but that is a combat aircraft. I believe that Razbam wants to do a civilian airplane.

Depending on your definition of “non-combat,” I gave them a bunch of suggestions. I’d love to see a Whale or Viggie on the deck of Heatblur’s Forrestal, for example, or an RF-8G if we get more Vietnam-era toys to play with.

Would completely welcome a Cessna 172, I’d duct tape shotguns to the sides of that as well. However, I think Razbam is looking for a non-combat military aircraft; In their (RAZBAM’s) own words “Here is a valid question, what kind of non combat, but military use aircraft”

I’m sure there has been a Cessna 172 utilized in at least one military operation at some point if that helps keep your hopes up.

Does non-combat only imply unarmed or does it mean literally incapable of fighting? While a jamming platform or a recon plane might be intriguing, I will never give 2 cents (let alone $40+) for a transport or tanker.

Some of my favorite missions in F-19 were flying into heavily defended airspace to snap a pic of a boomer in its barn or similar and then sneaking back out, with only tempting glimpses of my presence to taunt the SAMs and MiGs on patrol.

I also would enjoy the chance to fly a Blackbird in similar circumstances.

Seems like “non-combat” could be pretty broad. A C-23 or C-27 would be pretty cool, though of limited “fun” factor in a combat sim, unless you integrated things like logistics and troop deployments into the scenario.

A CH-53, CH-54, MV-22, or CH-47 would be entertaining in much the same way. But once again: only if the scenario actually makes use of what they’re built to do.

I’d absolutely fly a C-130 or something in that tactical air hauler niche.

My vote, the optica. Performance meh, but think of the views.

I think I killed something like that with a fly swatter once.

An-2 has one of Octopus-G project, and actually has “plans” to DCS (not confirmed officially), but some tal by FB.

If we talk about big planes there should be a certain Caribou too, if it ever materialize…

Should DCS ever incorporate infantry in a meaningful way then I would love to see a CH-53 or MV-22. Otherwise, not interested personally. 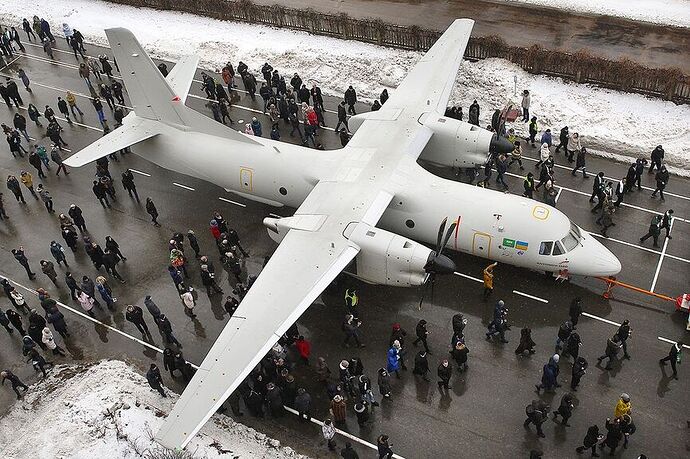