Subscribing to the theory that multi sport athletes tend to outperform their singly focused peers, at least to the age of about 15 or 16, I’ve signed our twins up for soccer this spring instead of lacrosse. Where we live there are about 3 x times the number of kids playing soccer than other sports, at least in the burbs, which helps getting up early on a Saturday morning an easier sell. About half the kids on the team they know from school.

So far, our 8 year-olds are eating it up, not minding jumping into the fracas, happily bumping elbows, knees, and sculls as they do at this age, a soccer match looking very much like a fox hunt. It takes a bit of personal restraint not to become a soccer parent, nee coach, and bellow out, “Space Scarlett! Have you forgotten how to get space?” No, far better to stand arms folded over chest, behind baseball hat and sunglasses, the silent observer pretending that this is not our first rodeo.

So much to learn.

To that end, I went digging through some unopened PS4 games that I had inherited from my wife, when she cleaned out her office at Coke two years ago. At some point she had worked on a collaboration with EA Sports. Sure enough, there lay FIFA 17. NHL 17 too. Hell yeah.

I think, not knowing how well the games would have aged, both released in 2016. The relatively new TV would help.

I popped in the soccer title and after the obligatory update, we were thrown right into none other than Chelsea v Man U. No tutorial or settings, just here you are sucker. Let’s see what console football chops you have.

Well, none actually. It took me most of the first half to determine how to move a player, and do some basic passing and shooting. We chose the blue jerseys and judging by the shot differential at the half, our 2 to Man U’s 19, our goaltender must have had an EPO infusion pre match to keep the score 0:1.

The second half went better, me figuring out how to switch defenders, and not putting 13 balls out of touch (?) as we did in the first. The score remained as in the first half and we felt very much like USA in the 1990 WC losing to Italy 0:1 in Group 1 play. We puffed up our chests and thought that the AI must be pretty weak.

That is until I realized that the game was just gauging my skill level, to which it promptly suggested that I leave game settings on NOOB.

OK. I kept playing for another hour and declared it

, easily worthy of the precious drive space that it consumed. The kids looked interested too. The only reason that we didn’t try some offline multiplayer was that I didn’t know how to set that up and it was approaching their bed time.

So we are happy for the time being. Question for you console FIFA gurus. When we burn out in the 2017 edition are there newer versions worth owning? It would need to allow offline multiplayer so that two of us could play a match using two controllers.

I feel this- the 4 year old had his first practice and game today, and it went…less well with him. But, we’ll keep working on staying on the field, and watching where the ball is, and which way everybody is going. And facing. Thankfully it’s a bit easier for me at this age, as I REALLY want him just to enjoy himself, so no pressure.

It takes a bit of personal restraint not to become a soccer parent, nee coach

I coached youth lacrosse for several years after my playing days were over, thank you! Parents were what made me stop doing it.

So with the caveat that I don’t own more than one of the recent versions… My best advice is that you don’t buy them annually. An update to 21 or 22 is probably worth it from 17, but I’d do some reading.

The iterations yearly are mostly just roster updates. EA is super lazy. Many of the “improvements” are likely centred around their beloved money maker, FUT, Football Ultimate Team, which is kinda like a TCG type thing.

Glad they are enjoying it. The best part about sport games is that full seasons should take a while. You should get good longevity out of the game.

When we burn out in the 2017 edition are there newer versions worth owning?

For what you are doing with it, probably not. They make slight changes to some of the AI and passing dynamics, but the main changes are players stats, teams that are promoted/relegated.

Sometimes the changes EA makes, the fan base hate, so they revert back the next year.

Edit: or what Rhino said. Should have read the thread before I responded.

I’ve signed our twins up for soccer

I love your approach to this. Methodical and conscious. The computer game as a way to learn how the game works beyond the technical level of handling the ball. Perhaps just watching matches would be a good thing too? Though they can be pretty dang boring imo.

Soccer is a very dangerous sport. Of all the sports related injuries in .nl, about 80%iirc are soccer related. This is of course because it’s the peoples’ sport, but also the running, sliding and kicking that leads to sprained and broken ankles, shins and elbows. Back when I was in MMA, we used to joke that what we are doing is far safer than running after a ball with 21 other guys

Subscribing to the theory that multi sport athletes tend to outperform their singly focused peers, at least to the age of about 15 or 16

Soccer is a very dangerous sport. Of all the sports related injuries in .nl, about 80%iirc are soccer related.

Yeah, of course I worry about this. Lacrosse has a lot of regulation in youth leagues, like a protective bubble (invisible) around the head, and defenders aren’t allowed to stand between the shooter and the goal. They’ve also begun introducing headgear. 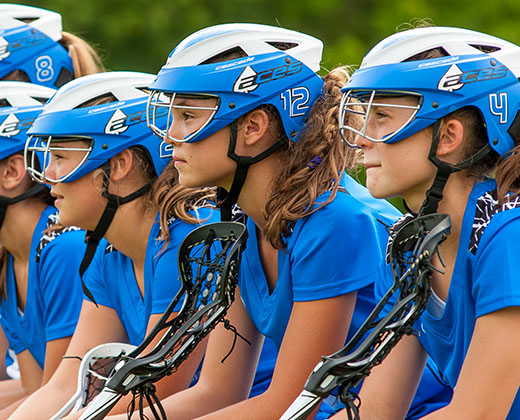 Currently, helmet use is not wide spread, with opponents wanting to keep the game closer to its native American origins. But having coached a women’s team against teams that require helmets and observed play against teams with partial helmet use, I can tell you that the girls wearing helmets dive a lot more aggressively into loose ball scrums and tend to drive harder when they have the ball. Not saying that this is a bad thing, only that I have observed this.

It’s hard to imagine soccer using headgear, but repeated headers must have some effect on players. I realize that it’s such a fundamental part of the game, but wonder what the future holds.

BTW, I ordered FIFA 22 for PS4. I won’t install it for a while, until we’ve had a good run with 17. FIFA 17 seems to have been a major update that a lot of players consider some sort of bellweather in the series.

haha yeah that’d be silly. Almost as silly as riding an everyday bike using headgear (almost the entire world does that, almost all of europe has them mandatory but not .nl! no way jose!) That said, those kids look cool as cucumbers in their space marine headgear.

The soccer injuries happen not that much in the head, but arms and legs. Twisted ankles, broken wrists from falling wrongly. If I had anything to do with youth soccer, I’d insist on them learning proper judo rolls.

but repeated headers must have some effect on players

Headers are banned nationwide in pretty much every youth league I’m aware of, up to U13 or U15 depending on where you are.

Also, American football has a much, MUCH worse overall injury rate, not just for head injuries, but for knees, legs, backs, necks, etc.

There was a fascinating thread on Reddit a few days ago talking about this.
https://www.reddit.com/r/science/comments/ts6rr8/half_of_americans_now_think_tackle_football_is/?utm_source=share&utm_medium=web2x&context=3

As far as non-contact lower extremities injuries for all sports, dynamic warmup in place of static stretching has gone a long way to reduce those. My experience is playing and coaching lacrosse, but I assume that all sports have pretty much adopted this method of warmup. It seems to be universal, albeit I haven’t seen it in curling yet

I hung up my cleats after 2020, but I used to get a ton of lower extremity injuries playing in a 35+ lacrosse league. Mostly hammies and quads, but those all went away once I started doing dynamic warmup. Such a simple thing. To think that we went all those years doing static stretching!

I like those helmets, they look sharp. The old school wire googles they used back in the 90’s for womens lacrosse (if you could get an XL sized pair) made a great set of racquetball googles that couldn’t fog up. And I can completely believe they are more adventurous with helmets on. We had a few girls that played on the boy’s junior league that were flat out murderous, absolutely no fear in throwing checks even against significantly larger opponents.

I had a hip go out from RA before I got old enough to worry about pulling a hammy or quad on the regular (ah youth), but I can definitely see where dynamic stretching would help.

Yo we warm up. Lifting a beer before the game gets your arm muscles going.

Lifting a beer before the game gets your arm muscles going.

It’s also fascinating to compare American Football with Rugby when it comes to long term injuries. It appears that the armoured players in AF causes them to play a lot harder, and well a impact is a impact for the brain no matter how much armour you wear…

Brain injuries related to sports are quite often underappreciated given how easy it can happen.

As someone who likes to watch American Football it makes me uncomfortable how some of the most exciting things about the game (such as hard runs by RBs, QB sacks, and the kind of tackles lightweight defensive backs have to make against the often heavier receivers, with a lot of speed) are exactly the ones that pose serious health risks.

I like the sport and I kinda understand people who say things like “this isn’t football anymore” when more and more of those things get heavily regulated, but I do understand that even with all the armor on, playing football takes a huge toll on players’ bodies.

It is a bit like in boxing, MMA et al, which I could enjoy a lot more if they weren’t doing that much damage. Taking a K.O. by a shin to your skull just cannot be healthy, and even though everyone knows rhe risk it is kinda weird to me.

I also hear people talking about soccer, how the game is so fast these days and how players are still expected to aggressively jump for those headers. After following the discussion in American football I see parallels and I don’t like them.

…sorry, I kinda forgot where I was going with this post while writing it. So just take it as a few thoughts about the topic.