I’m out in Wichita picking up the new addition to our fleet - a newer (but used) Citation Ultra. It has been at the Cessna factory for a couple months getting the clamshell type door installed. Not a quick process…and several hundred thousand dollars worth of work… Hoping to take her back to the Carolinas tonight, but there are still a couple squawks to get cleared before she gets “green sheeted”. She’ll go right into the paint shop to get our company livery upon our delivery to Greenville, SC… 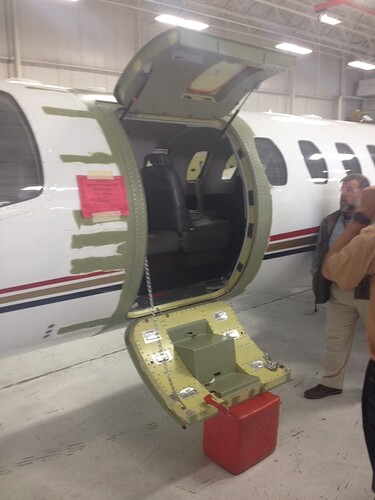 Can’t wait to take her flying…

Very cool @BeachAV8R. So does that make you sort of a test pilot?

So does that make you sort of a test pilot?

Every flight I take could probably be described as experimental…

So, Beach, is that an ambulance door conversion, or did you put on a few pounds…?

It has been at the Cessna factory for a couple months getting the clamshell type door installed.

Interesting retrofit, why exactly this type of door?

Not sure what other type of doors the citation line has, but it probably takes a long time because outward opening doors require a little extra attention to the safety devices installed in the case the door lock fails( a door that opens inwards will happily stay put under cabin pressure if the locks fail).

Besides, you probably need to install a whole new door jamb for this type.

Interesting retrofit, why exactly this type of door?

The standard Citation door would make it very, very difficult to get our patients in and out of the aircraft:

There has been a trend in our patients getting larger and larger over the decades…now it is not unusual to be loading a 300 pound patient on our equipment. The standard door just doesn’t have the width to accommodate that. Couple the patient girth with the fact they often have tubes and vents and drains and all kinds of equipment hanging off them - making the clamshell door mod very desirable.

And yes, there is a ton of reinforcement that has to go on all around that new door frame, new bleed lines, new seal, very intensive engineering and fabrication goes into it.

So, Beach, is that an ambulance door conversion, or did you put on a few pounds…?

I needed a door big enough to get my head through…

300 pound patient on our equipment.

Damn, that messes with the weight and balance

And yes, there is a ton of reinforcement that has to go on all around that new door frame, new bleed lines, new seal, very intensive engineering and fabrication goes into it.

I’m amazed it is even possible at all to retrofit that. Incredible.

She is a mighty sexy machine. Stay safe you lucky dog. I thinks the door just makes sense if you are going to carry cargo or patients.

The standard door just doesn’t have the width to accommodate that.

I’m amazed at the Norwegian Air Ambulance, who fly around in B200:s with stretchers… It looks like quite the Houdini trick to get patients in and out of the KingAir.

Yeah…we have two B200s too. We have a nifty slide system for all our airplanes, but putting 300+ pound patients in the Citation is waaaaay easier than trying to get them in the B200. The B200 is kind of a dead lift up to your shoulder level…whereas the Citation loading ramp is significantly lower and more user friendly.

The flight from Wichita, KS to Greenville, SC was delayed - so we had to spend the night in Wichita last night. There were some outstanding issues on the aircraft - so instead of taking the flight at midnight where we wouldn’t be able to see anything if something did go wrong, we elected to take it this morning.

Had a couple issues after start, were going to press forward by flying non-RVSM, but those issues sorted themselves out (hit it or depower it) and off we went. It is a great flying aircraft and even on an ISA +8 day at FL370 I had to ease the power back a bit below charted power to keep it from hitting the red line. And don’t laugh…but the red line is Mach .755. But still…compared to our old Citation V, which would true out at about 415 on this type of day, this aircraft was reaching 435 - a nice little improvement.

The GTN 725 is just a beautiful little box. I spent the whole flight fiddling with it. 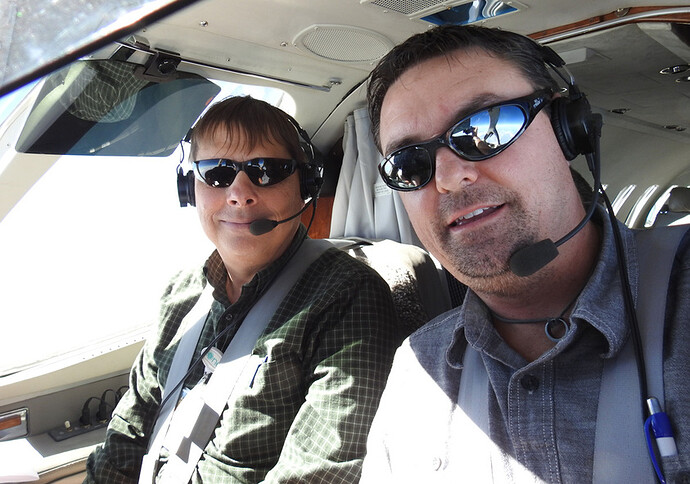 A slightly different panel layout than our other Ultra due to the GTN 725. They moved the caution panel up onto the eyebrow area (which looks way better), moved the #2 RMU way over to the right (the #1 can flip both radios, so it doesn’t matter), and put the GTN 725 in the middle. 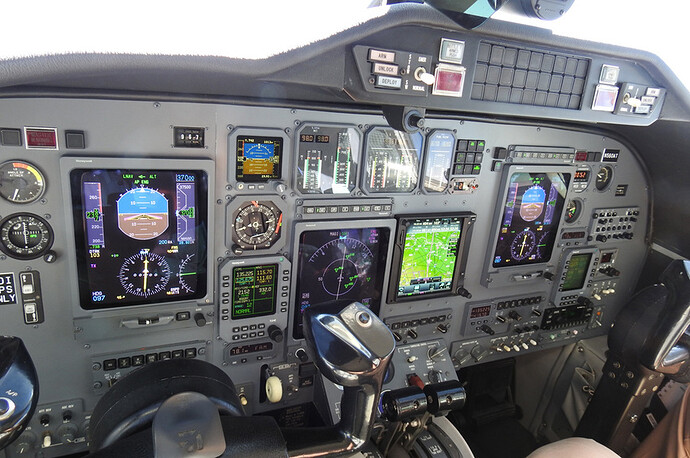 Safely at Stevens Aviation in KGYH for paint for the next couple weeks. She will also be re-registered with a new tail number…

She will also be re-registered with a new tail number…

Why the new tailnumber? Isn’t that prohibitively expensive? Other then that, looks gorgeous! Fiddling with systems and instruments is pretty much what I always do when flying in the simulator at cruise altitude. Glad to see it’s not weird behaviour ;).

Did they overhaul the flightdeck? Everything looks so clean.

I don’t think the re-registration is that much…under $100 actually. And the new tail number will just be to keep the fleet common with regards to registrations - all our aircraft and helos have the “Charlie Mike” ending…a legacy that went back 30 years ago when our first aircraft was for “Charlotte Memorial” hospital.

The rearranged the flight deck and I’m sure they cleaned it. I don’t know if they repainted the panel or if it was already looking that good. Give it a couple years and we’ll fix that…LOL…

Give it a couple years and we’ll fix that…LOL…

I give it 8 weeks

That’s a cheap reregistration! Last time I checked it was rather expensive here. Then again everything about flying is worse in Europe…