Thanks a lot ED!

DCS is completely ruining other games for me. Not that I’m a huge gamer or anything, but I haven’t touched xplane 11 or Arma 3 in over 2 months. I dont see this problem getting any better with some of new modules on the horizon.

Curious if anyone else is having this “issue”?

Yeah. It comes in cycles. The current one has been very extended however.

Between BoS and DCS the last 6 months, I have considered uninstalling P3D. Just don’t see myself using it anymore.

With the recent 3.0 update to BoX and the 2.5 for DCS I’m finally putting some decent time into them. I put a couple of hundred hours in Arma 3, I don’t have half that much in DCS and BoX together.

Previously I’d put a good amount into 1.5 and the earlier versions, going back to when it was just A-10/BS, but I’d slacked off as I was waiting for the update. And BoX frankly never got much time from me.

Before I got my oculus, I was a former flight simmer. I spent almost all my computer time on things like world of tanks. Games. Even had an Xbox for a while.

But then Oculus happened. And Il-2 BoX VR. And DCS VR. And I was a born again simmer. In short order I got myself a second hand warthog set, a saitek rudder pedal and all of the things il2 and DCS.

I have gone (back) from ‘barely able to fly a CCIP gun run’ to going from cold and dark to a tacan patrol spot to BFM’ing MiG’s 4 to 1 and coming out on top.

As DCS expands and improves, it ticks more and more boxes of what I want in a flightsim…
Right now I’m having way too much fun doing carrier ops in the Hornet.

May ED keep it going for decades to come!! 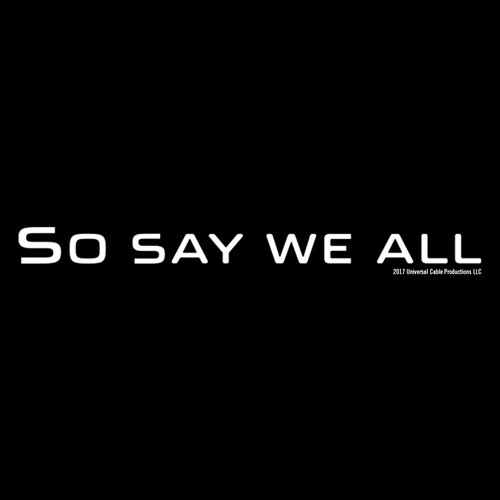 I think ED and their partners have succeeded in keeping me permanently hyped about DCS. Starting with 2.5 I’ve really been happy with the way things are going and feel like my support of ED in the way of many module purchases is paying off. I learned to fly the A-10C reasonably well but never really got into it. The Hornet on the other hand is totally different. This bird isn’t even close to finished yet and I’m having so much fun with it.

I find myself checking facebook and the forums for updates constantly. Kinda bumped we didn’t get a open beta update this week. I know they were working on several new features for the end of the month.

I don’t do TACAN or ADS.

Takes Away Cheer Amid Navigaton and Always Depressing System.

Me too. Getting my Rift two years ago breathed a whole new life into the flight sim experience for me. I’m still blown away by it every time I fire up DCS and find myself strapped into the cockpit of an aircraft I could only dream of flying IRL.

So I guess it would be fair to say “DCS has arrived?”

I guess that pretty much sums things up…

I guess that pretty much sums things up…

I hadn’t thought of that way but it’s basically true. Black Shark was almost at an end-state the day it was released. I’ve never seen that before or since in a sim (at least not since they came in boxes with big printed manuals). But DCS was always pushing the edge while never arriving at it. Now, with the Gulf and the beautifully updated Normandie and Caucuses maps, it is finally at a state where it could be boxed up and displayed at Babbages (remember that place?)

Enjoyment still takes effort. I spent a week making a little urban helicopter assault mission. It was a somewhat frustrating but ultimately satisfying creative experience. And it plays out beautifully. Not because of anything I did but because ED have been working hard under the hood. Soldiers fight from roof-tops. They die slowly. Smoke billows from big, oily fires. For the first time in my Flanker/DCS love-hate relationship, I don’t really care about a Dynamic Campaign. What I want is for the current editor and AI improvements to keep coming. I want real dynamic weather and IFR ceilings. With or without those things, DCS is a masterpiece.

Not because of anything I did but because ED have been working hard under the hood.

What I want is for the current editor and AI improvements to keep coming.

DCS and Arma 3 both have pretty amazing mission editors. I play both games the same way as a result. I make all my own missions in the editors. I probably spend more time making missions than actually playing. One thing I wish DCS had was the 3D editor like Arma 3. Being able to jump into the 3d world is pretty great for placing vehicles and static objects.

I’m really looking forward to dynamic campaign in DCS though. Apparently they’re working on it. That’s one of the things I loved about the Falcon series. You could just jump into the action quick and easy. In DCS I spend hours building a mission and then play it over and over until I get tired of it and then build another one.

I probably spend more time making missions than actually playing. One thing I wish DCS had was the 3D editor like Arma 3. Being able to jump into the 3d world is pretty great for placing vehicles and static objects.

Same here. The longest part for me in creating a mission is placing those ground vehicles and SAM systems in the perfect position at tree lines, between buildings (like they are hiding etc.) but once that is done to my satisfaction, mission creation goes much faster.

Well I hate contradicting myself but I will. ED’s editor is good. ARMA’s is great–for reasons mentioned above plus the best scripting tools I have ever used. But outside ARMA I think 777/1C* is much friendlier to rich, creative design. Like the ARMA editor, with 777/1C, you can jump in and see your world in 3D. The other way it overpower’s DCS is that each action must be triggered. One thing I don’t like about DCS is how everything that hits waypoint “1” automatically goes to waypoint “2” and so on. I can stop that (with some objects) with a triggered “halt” action. But then I have to trigger that triggered action. Then I have to remember where I put that trigger. In 777/1C there are lines between each thing being triggered and doing the triggering. And nothing happens unless the designer made it happen. It is much harder to learn than DCS but the effort is worth it.

I can say from personal experience I have ZERO idea how that ME in ROF/BoX works. It looks like a CAD tool.

The one in SF2 I can understand. The one in DCS I can figure out just enough to make a few changes here and there. The ones Arma/OFP used I understood enough to actual build complete (albeit simple) missions.

Now as with many tools, the ones that are easier to understand are often restricted more (because they make assumptions you can’t override) than the difficult to use ones which let you do anything but automate nothing. However, I’ve got so little time available to sim that I was never going to devote 25% of my flying time to making a mission. So instead I enjoy things like SF2 and DCS which allow you to click “generate random mission” and then let you edit them to expand, add, or remove particular aspects.