Interesting story, love the tail art that was sprayed onto the Tornado 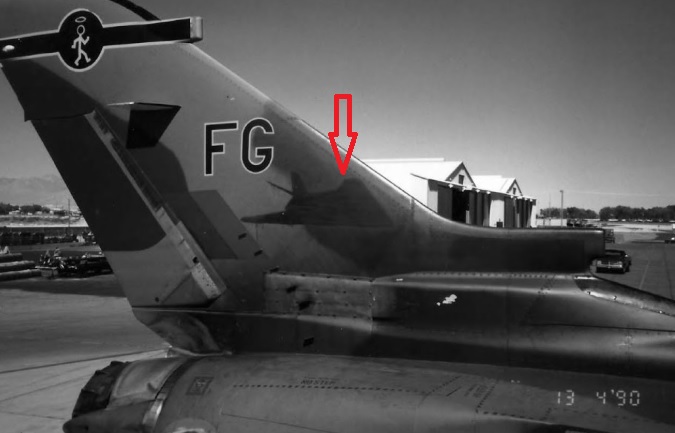 That time a RAF Tornado made an emergency landing at Tonopah AFB, home of the...

"The guys at Tonopah had a sense of humour after all, for the silhouette of an F-117 had been stencilled on each side of our tail fin," Squadron Leader Wally Grout, RAF Tornado navigator

I kept Tonopah in mind yesterday on my way past it. That F-117 would have looked good on my Citation… 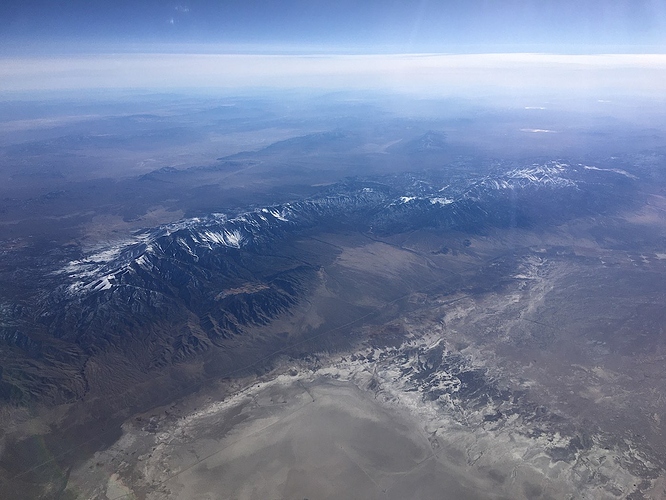 What a great story!

In 1987-ish, our squadron was at NAS Fallon for airwing work ups. One weekend, a buddy of mine and I rented a car and dove down to Las Vegas to meet a couple of girls that he had previously met a few months before when we were at Red Flag.

It’s a long drive. On the way back, I remember driving past Tonopah AFB’s front gate…could see a couple of typical USAF architecture buildings with the typical USAF big “Welcome to” sign. We figured it had to be some “secret squirrel” thing being that far out in the middle of nowhere…but it looked so normal, we didn’t give it a second thought.

We figured it had to be some “secret squirrel” thing being that foray out in the middle of nowhere…but it looked so normal, we didn’t give it a second thought.

I vaguely remember someone who used to work at Groom Lake/Area 51 saying that everyone looking for aliens was the best cover they could have hoped for. Whenever a secret plane like the Blackbird, Dragon Lady, or Nighthawk would fly over, people would just look and think “eh, not a flying saucer, not interested.” Amazing what you can hide in plain sight if people are looking for something else!

Almost as bad as landing on the wrong carrier… 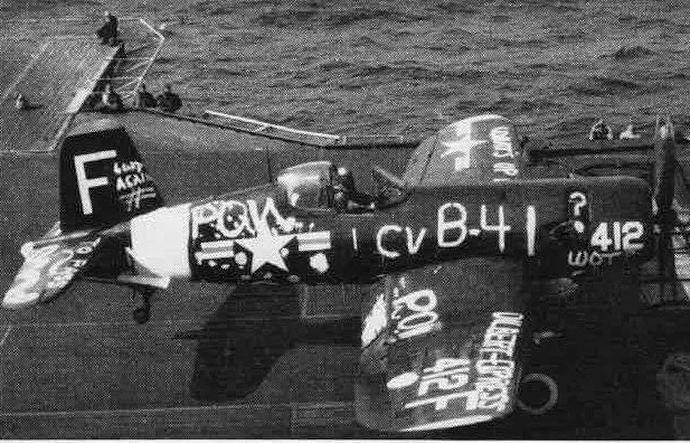 LOL Beach, seen a lot of those pics when someone lands on wrong carrier, that Tornado tail with F117 sprayed on must hark back to those days

They can be merciless with the graffiti taunting, LOL the Tonopah guys showed remarkable restraint really

A genuine emergency though.

A genuine emergency though.

Yeah, they completed the mission and saved the aircraft. Poor devils. Makes for a great story in the O club though. Do they still have O clubs?

Interesting story to add to this one.

Big Harrier fan here as anyone who knows me will attest. my late dad served with the RAF Harrier GR1’s in Germany at the RAF Wildenrath base, would like to share this story with you all too.

Our Family went over to RAF Wildenrath in West Germany around 1973, this was from west coast Scotland deployment of RAF Macrihanish (more on that later maybe) sort of UK’s Area 51 if you will, just look on Google Earth and you will see why

Lived there with American families on deployment during the height of the cold war, a good way to grow up though, a good mix of cultures … interesting times for sure, we all mixed well, kids more than parents as I recall, but never any bad blood or ill will.

Would have been about 13 then going from Macrihanish to Wildenrath, (I’m 60 now for reference) was already grounded in Aircraft passion though and building Airfix models was my thing.

While awaiting base accommodation at RAF Wildenrath base, our family stayed at a German town called Geilenkirchen … the local German people accepted us graciously, it really was good times, then instead of RAF Wildenrath for reasons i dont know? we were moved to Geilenkirchen base that to my knowledge is still a big NATO base with USAF presence? slightly longer travel to Wildenrath base and also NATO school for forces brats me and sister went to … it was all still good though

Labouring the point I know, so the gist of it was …

As a school kid and Aircraft enthusiast back then, story’s leaked from our Dads and it spread, one story was about a GR1 Harrier flight from Wildenrath that happened before we got deployed there and upon hearing it I was sceptical, as a kid even back then I thought it was too crazy to be true … it wasn’t though!

Basically, a GR1 Harrier was in flight, had a bird strike, engine was failing, jolt of the ejection seat seemed to free the engine up and it flew for ages on its own before running out of fuel … a well trimmed Jet for sure.

Later in life I came across this account … Wow, it was true … interesting reading for sure.

When I was based in Europe I flew several times with a British Captain who previously flew Harriers in the RN. He told me a story that I totally bought into but was later declared BS! by every Marine I ran it by. Because of that I have mostly forgotten the details of the story. The gist was that during joint exercises in the med he had some concern of a pending problem (mechanical, low fuel, don’t recall) that necessitated a quick landing. The closest spot was an American carrier and that’s where he went. The Navy treated him as an honored guest that night. The next day he was told to get ready to launch. He suited up and went on deck just in time to watch his ride come up the elevator—painted entirely yellow. Now this guy was quite convincing when he told the story. Being British he didn’t recount it as funny. He still seemed to harbor a tiny grudge. So, this, like many conversations that take place between strangers at 37000 feet, was probably a big fat tale. But since I didn’t much care for that particular Captain, I really wanted it to be true.

Excellent stories one and all, thanks guys

I remember a scare back in my school days, late-eighties. An east-German MiG-23 had crossed the border and flew all the way to Belgium. Its pilot had ejected but the plane thought nothing of it and just continued on its merry communist way.

On 4 July 1989, a pilotless MiG-23 jet fighter of the Soviet Air Forces crashed into a house in Kortrijk, Belgium, killing one person. The pilot had ejected over an hour earlier near Kołobrzeg, Poland, after experiencing technical problems, but the aircraft continued flying for around 900 km (600 mi) before running out of fuel and descending into the ground. The incident started as a routine training flight. Colonel Nikolai Skuridin, the pilot, was to fly a MiG-23M from the Bagicz Airbase near K...

I once landed at an airport and taxied to the wrong FBO. When we realized the ambulance was at the other FBO just down the ramp, the line guys hooked up to the airplane and towed it over there to the “DMZ” that separated their ramp from the competitors. There, the other FBO’s team hooked up to our airplane and towed it the rest of the way to the correct ramp. As we walked beside the aircraft, the line guy came up and took our cookies and popcorn from us since we weren’t true customers. *

* This entire story is made up.

Back when I was in VF-32 I heard a story about guys landing on the wrong ship…same as most of the above, but without the yellow paint (although knowing the culture at the time, I can certainly see that happening)

Then there was the time onboard USS GUAM were, for a couple of days, we “became the wrong ship”…

I guess the guy went to Norway to paint the apron at one of our destinations…!

Painted on a Monday morning?

Painted on a Monday morning?

Hey, the Underworld needs to know their taxi spots too…