This is barely an AAR as what I wanted to do is break the DCS 2 Alpha, as in do a bit of load testing with the new map.

The caveat for this is this is in no way benchmarking the sim (it’s an Alpha, i.e. not yet, not fair) but I wanted to see how much I could cram on the screen with the new EDGE render and a quick chaotic desert battle. So it’s just a quick and unscientific performance test of how many units (in this case mainly ground units) could my i5 4.5GHz, 16GB, 290 4GB handle.

The plan was for me to sit in a Hummer in the middle and just run like hell.

The set-up (I’ve left the in-game frame rate counter up top left, but at no time was the game unplayable). 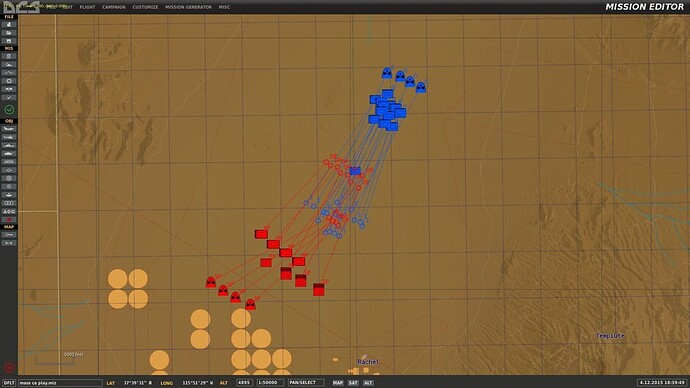 A close up of Blue Team, so you get a better idea of the number of units: 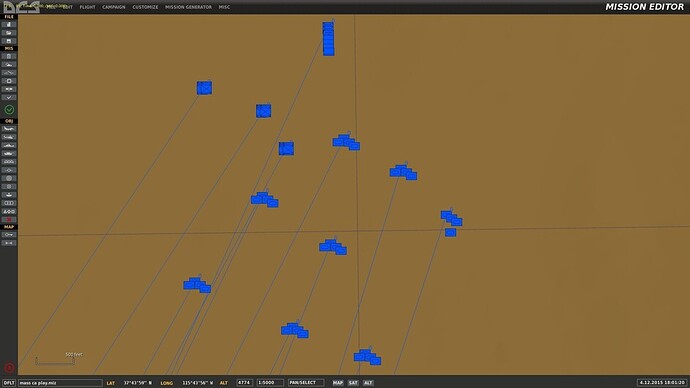 What’s that on the horizon - hello?! 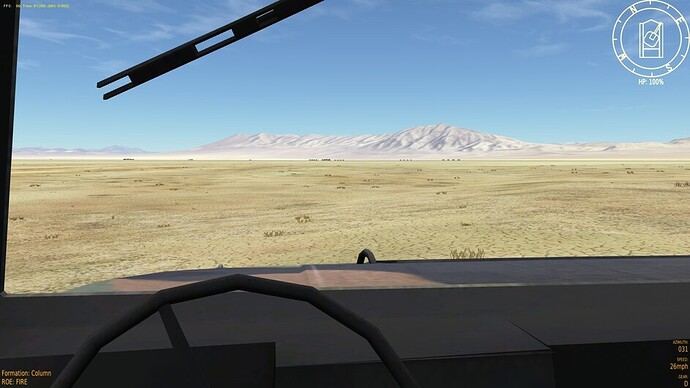 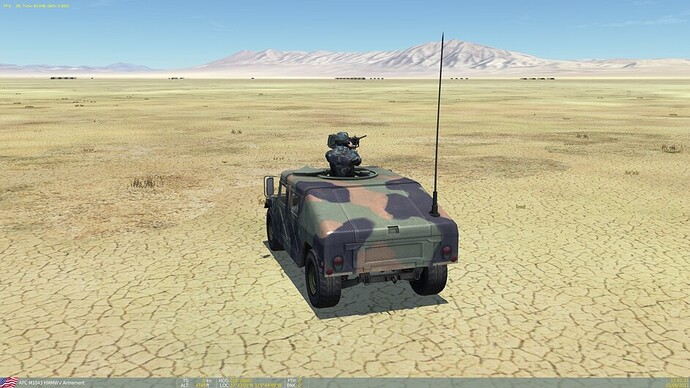 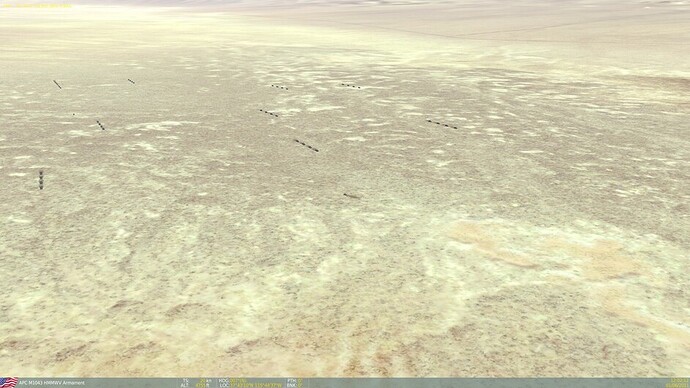 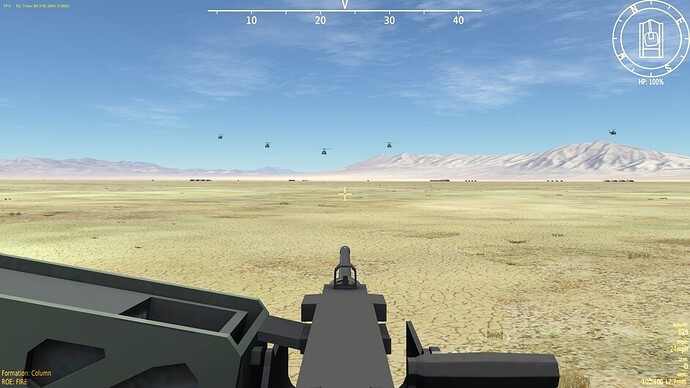 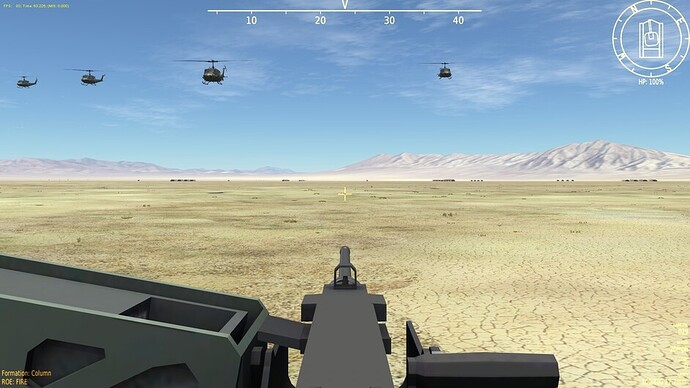 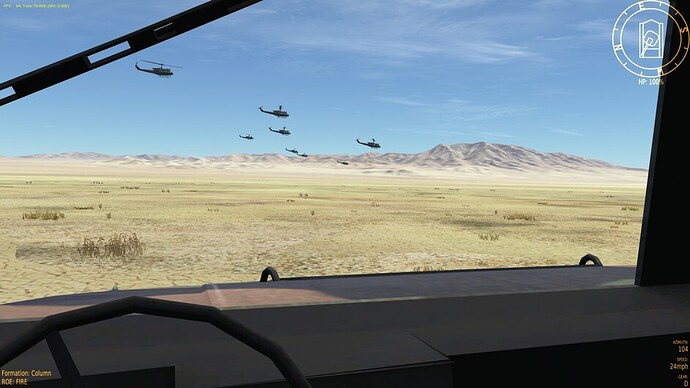 Hmm, a bar fight has broken out - those 16 Hueys were antsy at so much Red armor. 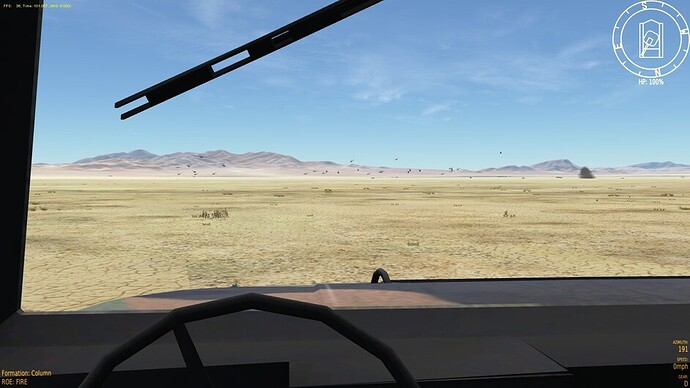 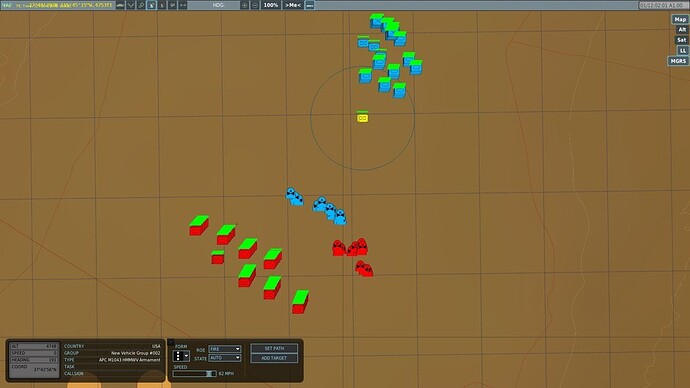 That is a lot of tracer though. 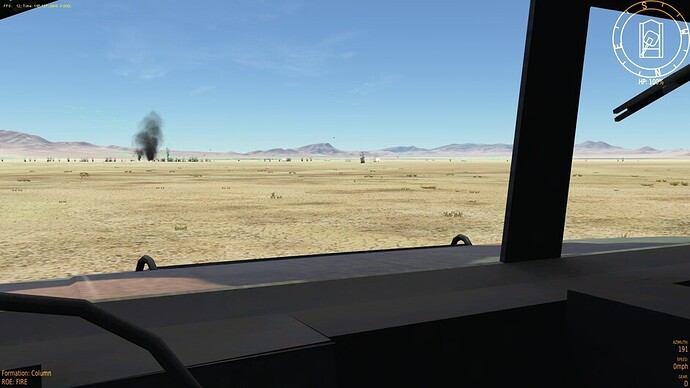 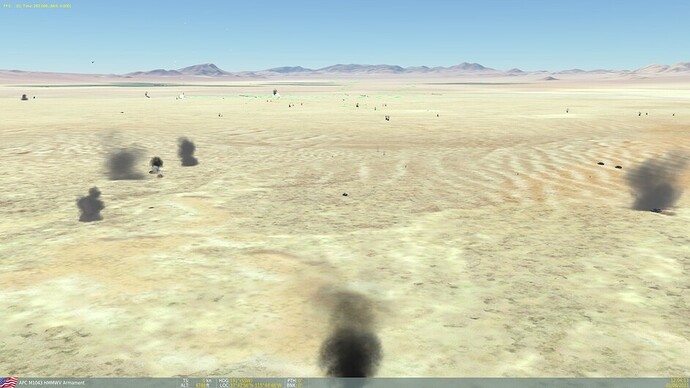 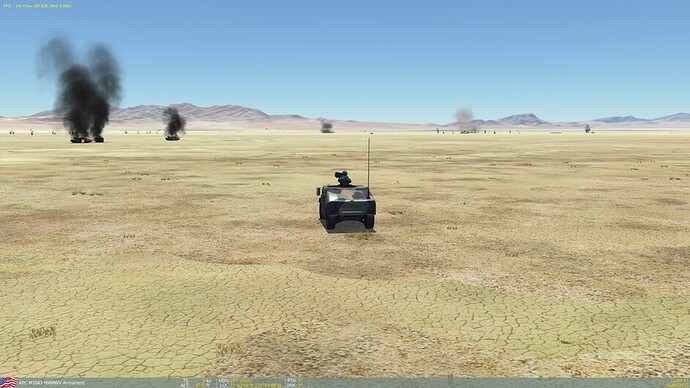 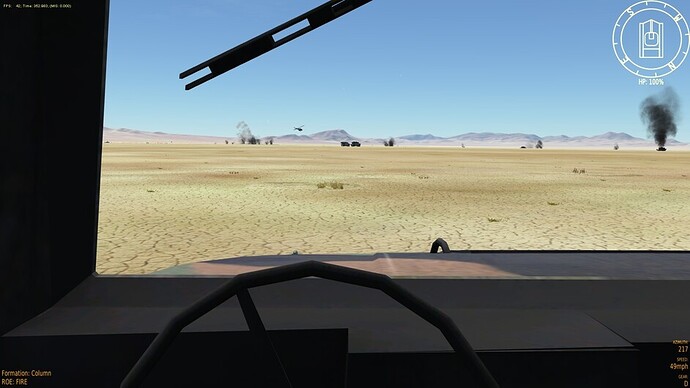 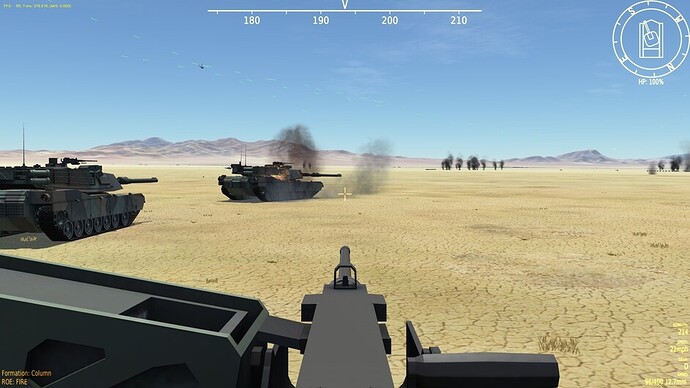 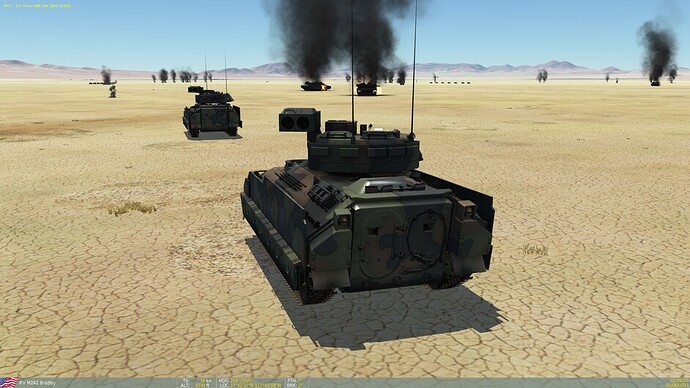 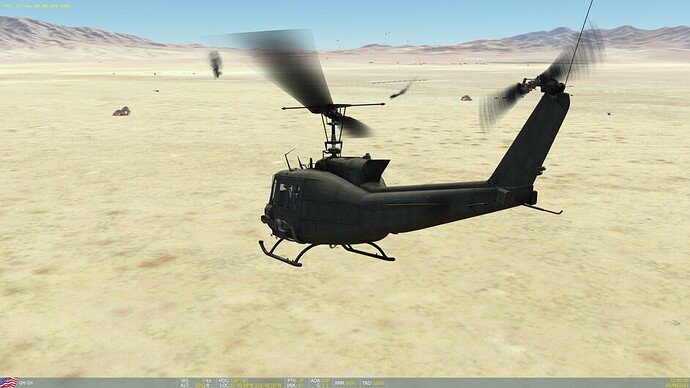 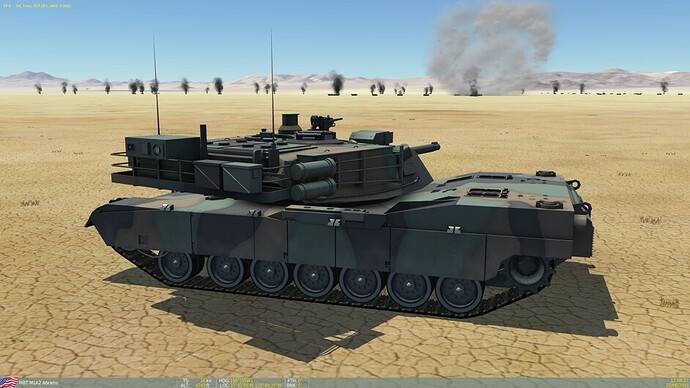 A lot going on… 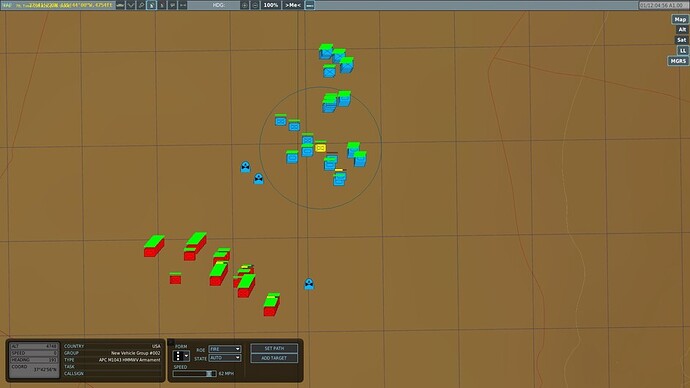 Desert camouflage is sounding like a better idea right now… 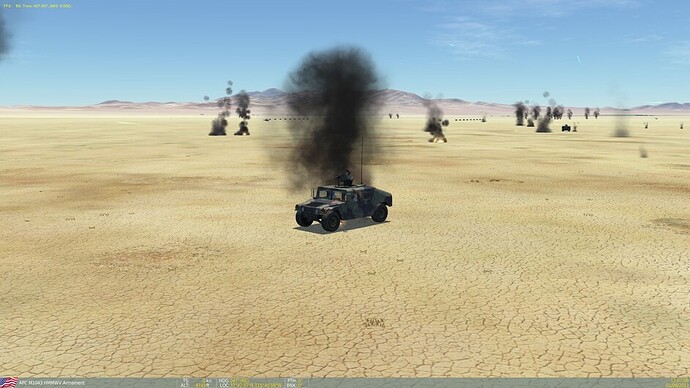 I didn’t make it. Time to add more units though!