staying connected to the buddy store on the community Super Bug is darn near impossible with it’s ridged boom.

Ouch, that does sound difficult. I’ve wanted better basket physics for a long time (smaller ‘grab box’; oscillating hose; ‘bow wave’ fx) - but a rigid boom sounds tough. I’d imagine when the AI turns (assuming it’s a Bot driving?) with the usual “head’s up” (none), it is start all over again.

As for technique on my part FWIW (in VR), I tend to ‘attack’ with the tip at about 7:30 [1] (Hornet & Tomcat), add a smidge of throttle and Viola! To stay put I guess I “see” the entire picture: basket & tanker [front half at least] together?

Interesting technique, it certainly wouldn’t work for me. Just goes to show how we’re all different.

I usually form up on the left wing of the tanker and then slide in right behind the basket/boom. At that point I am entirely focused on the tanker and don’t really look at the HUD anymore with the exception being the Viper where I like to have the DED with the Bingo page mirrored in my HUD - that helps when I don’t actually want a full load of gas and only take a few thousand lbs to complete the mission.
In the Hornet and Tomcat I keep the basket in my peripheral vision but otherwise stay focused on the tanker. Refuelling the Tomcat from an S-3 is a pretty weird experience though - the Kitty feels absolutely enormous when your that close to the S-3

The A-10C is a bit of an outlier when it comes to AR as the boom somewhat blocks the indicator lights on the bottom of the KC-135 and it’s much easier to reference the colours of the boom to stay in the correct position.
Some find it easier to refuel that way, some a lot harder. One thing is for sure, it takes much more effort to keep the tanker as your main reference point, especially when you’re still new to formation flying.

If you can hold a position like this without much trouble… 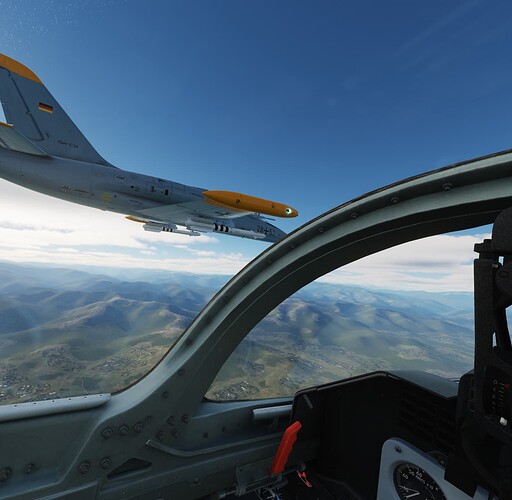 … stuff like this won’t take a lot of practise to get right: 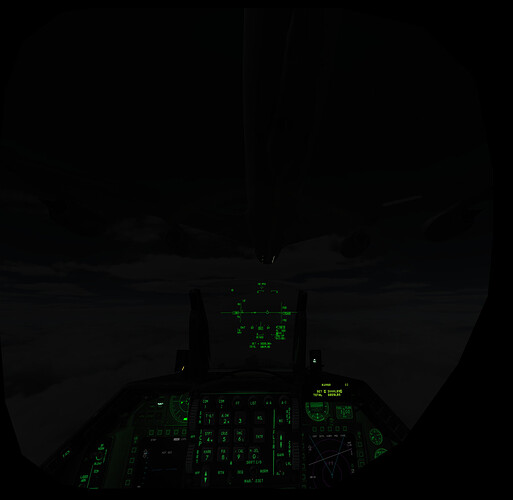 Last night I found myself just flying the probe right into the basket without pausing to settle. Seemed to work. My mental refuel checklist: MA off, radar STBY, probe, ext lights (night ops), fuel page. I also begin from the observation area and finish at reform, even when solo for practice. I use VAICOM for coms, which keeps it as real as it can be by avoiding the use of the F10 menu.

Speaking of checklists, I’ve recently discovered the “kneeboard suite” and they are excellent. Day and night shaded versions included.

I use VAICOM for coms, which keeps it as real as it can be by avoiding the use of the F10 menu.

It can be fiddly but I can’t play without it anymore.

Yeah, I find that setting a custom path with every update, and starting it after your VR headset is up minimizes fiddling with it.

Speaking of checklists, I’ve recently discovered the “kneeboard suite” and they are excellent. Day and night shaded versions included

I have those exact same ones printed and laminated!! 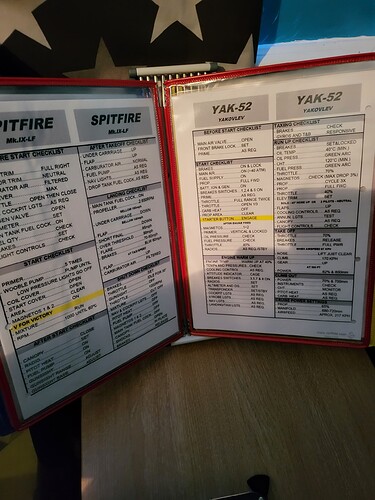 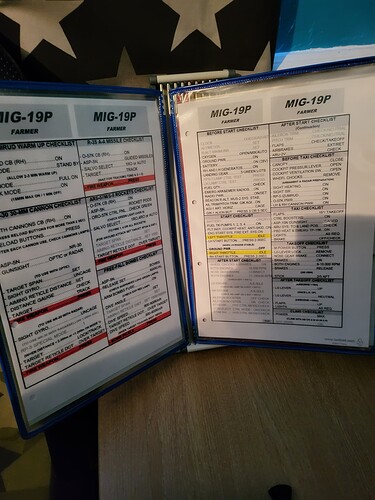 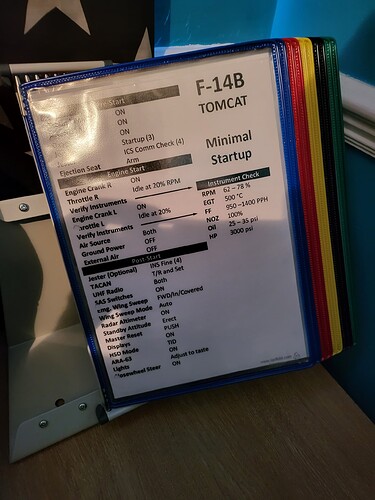 Wish that we could see his control input

Interesting watch. I wonder if you can hear as well as feel the ‘thunk’ when the basket rim prangs the probe on the disconnect. It’s amazing all of this stuff works as well as it does!

Along with flying helicopters, I cannot do aerial refuelling… A great shame has fallen over my house

We need a CH-53 in DCS so you can practice both at the same time.

I haven’t tried it yet, but the community UH-60L mod allows aerial refueling.