I found it a bit mesmerizing. And to think the uk trains get all out of shape because of a few leaves on the line

The slow-mo of the lady who gets pummelled by snow is priceless. I can’t believe she didn’t realise what was going to happen

Snow removal is actually a pretty interesting topic. The risk is always too much snow fall compresses the bottom layers enough that the train either cannot bull its way through, or if it’s going fast enough when encountering the snow, the bottom layer can actually act as a ramp, lifting the engines off the rail and causing a catastrophic de-rail event.

To fix this, the rail roads came up with a number of novel ways to blow this super compacted snow. That video showed a couple of the simpler dedicated plows. For the heavier stuff, you get more interesting consists with rotary plows. I love this consist because if my long dormant train VIDing has held up, it’s two SD-90MACs and a F-7 B unit pushing this thing up and down the mountain, an awesome mix of old a new.

(You might recognize the latter behind one of these 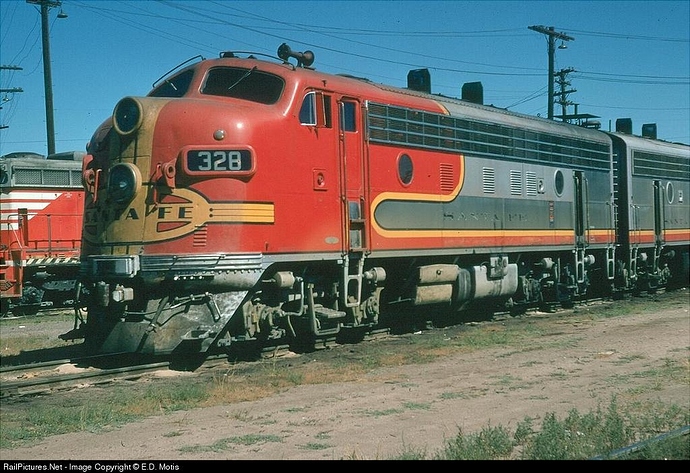 The other solution if it gets too thick is to just dynamite it.

Oh yeah! I need one of those for my driveway!

…
funny story abou tthe leaves though …
back in the steam age days they had to cut the sides of the track every year, due to the possiblility of catching fire, then came the electric trains, and they stopped cutting back the sides, now we realise the problems of (relativly light weight) trains sliding on leaf mulch… but now the green followers have deemed the trackside as places “natural wildlife” and will not let railtrack cut them back as much …

Funny story about the Dutch problem with the railroad tracks:

We love switches. And I don’t mean “boy these Dutch like going back and forth”, no it’s “PUT A DAMN SWITCH EVERYWHERE” kind of thing.

They are removing them more and more, but initially you could end up at any platform from any track you would approach the station without going back and forth. Nice, if you have it but 99% of the time useless.

so, come winter these switched were heated by electricity. We had a early start on the eletrical train so not really a big deal, combined with a proper flamethrower to melt them if they froze really stuck, and it’s the bees knees.

Then, gas was found, and it was cheap. So they decided to heat all of the switches with gas. Unfortunately this means that you’ve gotta keep the flame going, otherwise you get… a frozen switch.

I think the consequences of these decisions here are obvious, but they freeze easy, they get stuck often. And then you have controllers that decide to check every switch when it is freezing -12 and jamming them one by one.

EDIT: fun tidbit I looked up. One of our biggest train stations has had 130 out of the 200 switches removed… Imagine what a mess that was?!