I thought that was Concorde from the first glance at the youtube frame. I wonder if they share any heritage of the time?

The Tu-160 Blackjack debuted in the 1980s, while the Concorde’s first flight was in 1969! Although the Tu-160 sports swing wings and is a hair faster than the Concorde (top speed of Mach 2.3 compared to the Concorde’s Mach 2.0), I still think the real queen of the skies is quite a bit sexier: 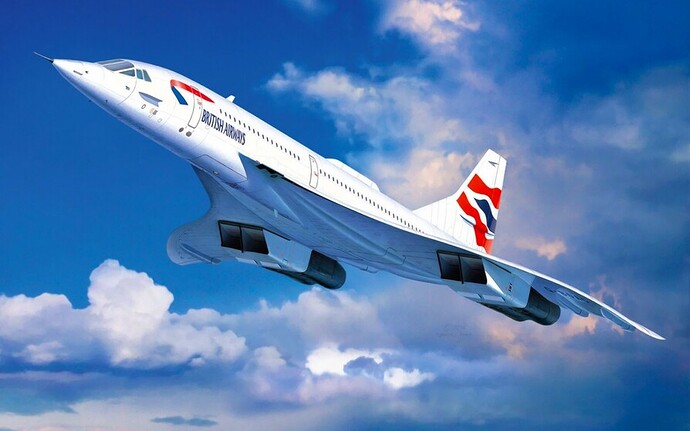 That is a beaut for sure.

I was thinking of this guy as well, with all those 70’s spy rumours and the like: The Tupolev Tu-144 (Russian: Tyполев Ту-144; NATO reporting name: Charger) is a Soviet supersonic passenger airliner designed by Tupolev in operation from 1968 to 1999. The Tu-144 was the world's first commercial supersonic transport aircraft with its prototype's maiden flight from Zhukovsky Airport on 31 December 1968, three months before the British-French Concorde. The Tu-144 was a product of the Tupolev Design Bureau, an OKB headed by aeronautics pioneer Alexei Tupolev, and 16 aircraft w...

Every time I see this video I think how awful the Concorde pilots must have felt about this incident:

The wikipedia article suggests that the Tu-144 pilot might have been trying to be a show-off and put the aircraft into a stall.

There are other crash theories, including a cockpit-mounted camera falling on the pilot, a chase aircraft got in the way of the Tu-144, causing an emergency maneuver by the Tu-144 pilot, etc.