Heading to Vegas for my 15th anniversary, any tips? Leaning heavily on getting a Planet Hollywood Ultra Resort Vista room, whatever that means. Probably going to use Spirit to get out there (from DFW).

Any tips? Is planet hollywood nice? Looked like it had a great view and located in the middle of the strip. I’ve been to Vegas twice (Marine Corps Ball) and was so drunk I don’t really recall much of the trip.

Anyways looking forward to any and all advice.

Probably going to use Spirit to get out there (from DFW).

Take a look at Southwest out of Dallas. They normally have some pretty good deals out to Vegas and, after all the extra fees Spirit charges, it’ll probably be pretty close on price.

I haven’t been to Planet Hollywood so I can’t say how it is. I’ve always stayed at Treasure Island, I’ve found it to be decent rooms and location for the rate. I’d like to stay at Arias next, it’s nice and no cigarette smell for (I think) reasonable prices.

I’d recommend two of the shows.

The Beatles Love Show, assuming you like the music, and Absynthe.

Highly recommend them both.

If you’re flying Spirit then hit the bar at DFW hard first. They have 21 inch seats (a chipmunk would lack legroom), no wifi and lost my checked bag about a year ago. They charge $4 for a bad coffee. I’d rather mail myself than go Spirit again.

As for Vegas, Fremont Street is worth a look. A bit seedier/edgier/old school, and better blackjack odds and weirdest company.

If you’re flying Spirit then hit the bar at DFW hard first. They have 21 inch seats (a chipmunk would lack legroom), no wifi and lost my checked bag about a year ago. They charge $4 for a bad coffee. I’d rather mail myself than go Spirit again.

If you ever start writing reviews, please sign me up - that’s hilarious!

I flew Spirit to the Dominican Republic a couple years ago, and to be honest, I wasn’t that upset by it. I think about it as having realistic expectations. If you have ZERO luggage, outside of a very small bag, it’s tolerable. If you check a bag, like you said, you might as well fly someone else. It adds up quick.

Really depends on what kind of experience you are looking for. Romantic, party, or quiet (for Vegas). I like Treasure Island. Middle of the strip so you can get to anything you want fairly easily, it has a fun vibe with Tequila bars and whatnot and has a neutral mix of guests there. In other words not too touristy, not too High Roller, not too spring break. I stayed at the Venetian and ended up crossing the street to TI all of the time so have stayed there since.

The Luxor has a very nice steak house and is worth walking the floor for the most unique building on the strip.

Check out Rehab at the Hard Rock on Sunday morning. Hanging out at the river pool with a DJ while drinking tiki bar drinks to chase the hangover.

Bring a camera and spend a few hours outside Nellis. Red Flag should be going on. Columbian Kfir C10s are participating.

I really enjoyed seeing Penn and Teller’s show at the Rio I think? A Vegas show without the Vegas BS.

I also saw that car museum that’s got quite a few great ones in it. But I forget where that was. Also took a helo tour of the Grand Canyon.

After all, I was there in 2004 and 2005 and not back since! The Hilton still had the Star Trek Experience back then…

I spent a good 30 mins between the two trips gambling. I think I lost $15.

The Hilton still had the Star Trek Experience back then

That was fun. The Quark’s bar was great. Really good costumes, especially the Borg.

I flew Spirit to the Dominican Republic a couple years ago, and to be honest, I wasn’t that upset by it

They could use that in the adverts “Spirit Airways - To Be Honest, I Wasn’t That Upset By It”. With a Vegas crowd and Spirit, at least wear a stab vest underneath your shirt or smuggle in a make-shift plastic shiv - those crowds get rowdy on a couple of morning drinks.

For me when I flew them, it turned into a ‘Planes, Trains & Automobiles’ remake, as I used them when I missed another flight (my fault) and just wanted to get back home. They initially offered me $32 in compensation for the checked bag going AWOL, which at least induced the loudest laugh out of the entire experience.

Of course, you could just book a United/Delta flight for the day before and then get the $500 voucher for when they are overbooked. I swear that would be a way to make a living nowadays. I love listening to the ‘Overbooked Poker’ they play on the announcements where the ‘not to fly’ money keeps going up and people that can change plans are all staring steeling eyed at each other, waiting for the other guy to blink first.

If you ever start writing reviews, please sign me up - that’s hilarious! 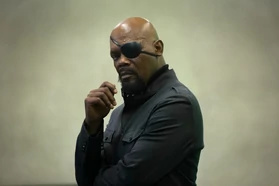 “There was an idea, @BeachAV8R knows this, called the Mudspike Initiative. The idea was to bring together a group of remarkable people, see if they could become something more. See if they could work together when we needed them to to fight the battles we never could. Unfortunately they got bored and wandered off…”

Originally Mudspike was to be a pure reviews site, we were not keen on a forum or non-flight-sim-bolt-counting subjects at all (seemed like hard work, plus people always fight on the internet). It evolved a bit over time. I came to the conclusion I could never do proper reviews without a RealName™ and my work prohibits that, so don’t really write the wordy stuff anymore.

It evolved a bit over time.

Originally Mudspike was to be a pure reviews site, we were not keen on a forum or non-flight-sim-bolt-counting subjects at all (seemed like hard work, plus people always fight on the internet).

Indeed. Fortunately, our quality to fight ratio is pretty high…so it has been mostly-ish OK. If the forum ever gets to be too much of a hassle though, I’ll sell it to the highest bidder. And yes, I have change for a $20…

“Spirit Airways - To Be Honest, I Wasn’t That Upset By It” 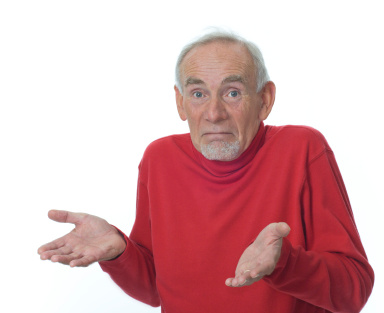 One of you pilot types want to let me stowaway in the cargo to Vegas, I’ll try that too.

or if you can get on base, visit petting zoo. It’s nice.

I could never do proper reviews without a RealName™

Of course not, it’s Fearless Frogson.

Wait I thought it was Toad Frogson

OK, I’ve went ahead and switched to Southwest. Booked the room at Planet Hollywood also. After reading through some recommendations and looking online, it seems like the Absinthe show will get some money also.

Fortunately, our quality to fight ratio is pretty high…so it has been mostly-ish OK.

It seems to be a thing about flight sim forums - for one reason or another many of them seem to have turned a bit toxic, which is a shame.

Mudspike has a nice atmosphere. I don’t know if it’s because the average age is a bit higher or because of a bit of healthy moderation every now and then - whatever it is, it is working so good job

Perhaps the average IQ is a bit higher, too.

Too many places on the internet (not just sims, it’s universal) are filled with people who frankly haven’t a single clue on how to argue. They believe that

With those traits, there is just no point in arguing with someone because they have laid ground rules which basically dictate that they are always right and you are always wrong except when agreeing with them. So why bother?