It looks good, really does, but having never flown a Helicopter in real life, but still grasping the basics of it … can someone please explain to me how Virpils design will work?

So, you pull up and down on lever for collective, throttle control is on collective stick too … totally understand the stick and rudder part of course.

This new Virpil collective controller seems to have the twist throttle further down the collective lever and all the other controls/hats/switches that are useful in real and simulated aircraft at the top, to me, that does not seem so handy, is that how it is in real life?

Why would a collective not have a throttle twist at top of lever, near the controls? 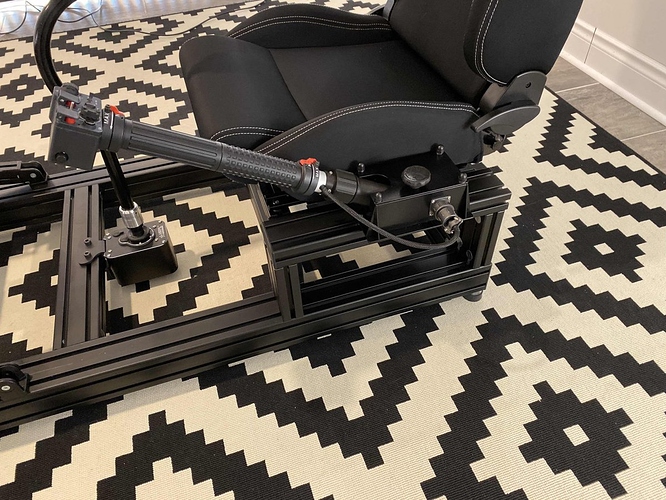 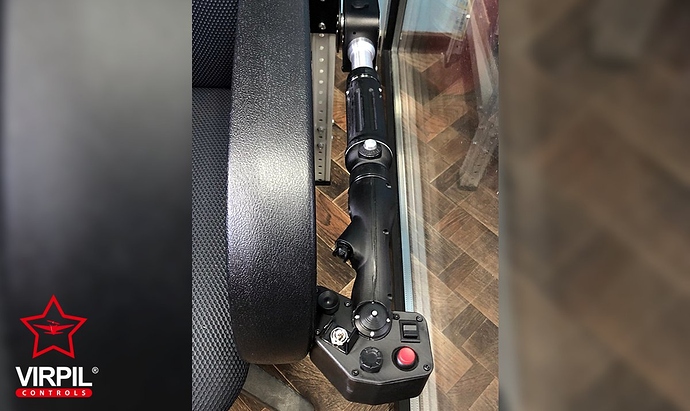 Unlike airplanes, most helicopters are run on “full throttle” during normal flight operations.

You lift and lower the collective to change the pitch angle of the rotor blades and there’s a governor which keeps the rotor RPM constant.

So for example with the Mi-8, you start the engines with the throttle twisted to the left and let the engine RPM and rotor RPM stabilise, then you twist the throttle to right and that’s where it will stay for the whole flight.

So it doesn’t seem like a big deal as such if the twist throttle isn’t right at the end of the grip. Might be a way to simplify the design.

True. Also - if your governor fails, then you have to control it manually, which I guess is why most real designs do have it right at the grip. I assume it has to be a cost saving design decision. But I guess I’ve never encountered a situation in DCS where it would have been a problem.

The stick extension looks interessting on the first pic as well. That’s not the existing S-shaped one, right?

That’s not the existing S-shaped one, right?

The first one is a setup with a Komodo EC135 cyclic and collective.

Aaah! Of course! That’s not a VPC box on the collective.

TrolI … I grabbed the pics on a search on “Virpil Collective” … its been rumoured they (Virpil) would do this soon and went for a search, look

Oh, I’ll buy it all-right, but still a bit confused about the ability of a controller such as this to interface with the various Helicopter sim stuff I use? would it work with simple FSX/P3D Choppers, even “Take on Helicopters” I still use … and I mean fully functioning, not just partially functioning … I mean you hear so much about FSX and P3D helicopter models just being fantasy from those in the know … can you see where I’m coming from folks?

Presumably its just the few DCS Helicopters this forthcoming Virpil Collective controller is aimed at? Maybe not?

I have XP11 too, but honestly don’t use it much, it has Choppers, probably it would be OK to use ?

Future looking, the new MS FS2020, no Choppers announced just yet, but if they do, hope it would take full advantage of a collective controller that Virpil are proposing.

Also, would really like it to be HOTAS themed, as in throttle control near end of collective stick, but am self admitted no Whirly bird expert

I would guess it works just like any other controller, with axes and buttons that can be mapped in sim.
As such, any reasonably modern sim would accept its inputs.

The second picture was posted by Baur in this thread on the Virpil forum. It is in Russian, but Google Translate helps (a little).