What if he missed? Is that really the sort of thing you want a crowd for? Or did the majority of the crowd just not like the guy…

I think there is a term describing that in English:
It is called “batshit crazy”.

Question form a virtual pilot’s perspective: was something wrong with the plane or why did they jump in the first place?

why did they jump in the first place?

Probably a spider in the cabin.

Red Bull has must have the smartest marketing department on the planet. They know what others have overlooked in the age of Silicon Valley. That people are still enamored by flight in all its forms. It almost (but not quite) makes me want to go out and buy a brace of overpriced sugar water cans.

What if he missed?

I’m 100% certain they had a plan for that. Exclusive audience selected with NDAs and presigned gag orders, multiple folks standing by the kill switches for the live feed, etc.

And that’s in addition to the pair of 5 gallon buckets, push brooms, and power washer.

I’m 100% certain they had a plan for that. Exclusive audience selected with NDAs

I’m glad it didn’t go wrong. I knew even before watching the replay stream that he would be ok and my heart elevation was still higher than his while watching the stream and see that last ‘helper’ guy open his chute.

Media-wise, I think if it went wrong then him landing on the audience or possibly being impaled on on one of those enormous vertical net poles would have been the ideal TV moment he was after.

Red Bull has must have the smartest marketing department on the planet.

Others call it ruthless: 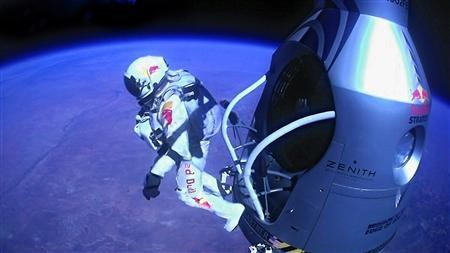 Critics argue the company is irresponsible for promoting highly dangerous sports, after the death of pilot Guido Gehrmann last week.

I could take that article more seriously if they had at least got Felix Baumgartner’s name right.
Extreme sports have inherently more risks. The guy who crashed with the microjet did so because that thing had a flameout and doesn’t glide well. I don’t see how that is Red Bull’s fault.
EDIT: Especially since the accident didn’t even happen during the event.

That being said: They do have a rather aggressive marketing strategy, one of the reasons people watch their stuff is that there is a risk that it might go wrong in a spectacular way. That has always been the case in fast and/or otherwise extreme sports.

Unlikely, nobody burned the plane down afterwards.
We all know that’s the only way to be sure… 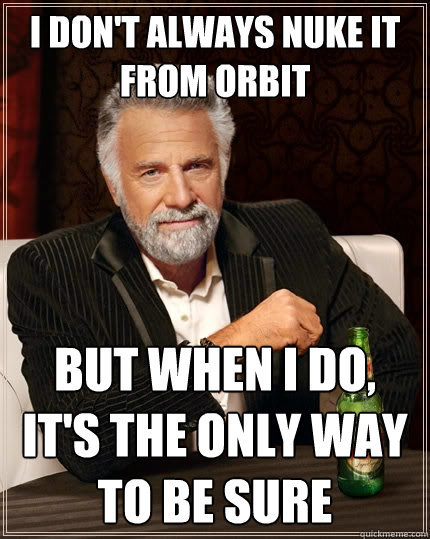