A nifty new utility has been released by X-Aviation that vastly improves the weather depiction capabilities of X-Plane 10…. What it does Real Weather Connector (RWC) works in conjunction with another X-Aviation product, SkyMaxx Pro, to provide a more realistic weather depiction than what you’d find with default X-Plane. It also arguably presents a better…

“Prior to RWC, when using either the default X-Plane weather or SkyMaxx
Pro, there tended to be a popping in and popping out effect as you
overflew the map as the weather generating program read the closest
station’s weather.”

SMP without RWC did that.
Any external weather plugin (e.g. NOAA) with default X-Plane weather did that. Because they falled back the X-Plane to uniform weather.
But the default weather engine of X-Plane with real weather turned on can clearly show you different weather in different places on the sky (weather fronts in front of you or behind you) and consistent with its weather radar.

SMP without RWC did that.

I think that is what I wrote in the article isn’t it?

But the default weather engine of X-Plane with real weather turned on can clearly show you different weather in different places on the sky (weather fronts in front of you or behind you) and consistent with its weather radar.

Sure it can - but when you fly into that weather formation, the surrounding area will tend to snap to that weather. Here is an image of a similar “hole” in the clouds drawn by default XP weather…but if you go down into that hole you might find you snap to solid IMC, or perfectly VFR (no clouds at all in the sky) within a second or two. I’ve found that RWC tends to more accurately depict transitions from one type of sky to another. It isn’t perfect, but it is better.

I think that is what I wrote in the article isn’t it?

“Prior to RWC, when using either the default X-Plane weather or SkyMaxx Pro”

[quote=“BeachAV8R, post:4, topic:1833”]
Sure it can - but when you fly into that weather formation, the surrounding area will tend to snap to that weather. [/quote]
Sure, I’m not saying that’s ideal. But it can depict weather fronts. Not only uniform weather. Your article implied it couldn’t.

I’ve found that RWC tends to more accurately depict transitions from one type of sky to another. It isn’t perfect, but it is better.

I’m not arguing that.

“Prior to RWC, when using either the default X-Plane weather or SkyMaxx Pro”

I’m confused. Prior to SMP - all weather engines had pop-in and out. Correct? That is what I wrote.

I’m confused. Prior to SMP - all weather engines had pop-in and out. Correct? That is what I wrote.

I don’t think that’s correct. With the default weather engine with real weather turned on I could see the clouds on the horizon (having clear weather where I am) while still being far away. I could get close to them and fly in them. There might have been occasional local pop-in or clouds regeneration, but not of the whole weather around you.

I could have thunderstorms on the left and clear weather on the right, etc…

After reading your article I had an impression that every single thing before RWC was giving you uniform weather. Meaning that the weather everywhere around is the same until you fly onto a new position where the weather is changed and then suddenly all the weather around you changes to this new weather. And this is not correct.

Unless you mean something different by “pop-in and out”

Hmm… In re-reading the article I feel I was accommodating enough by using words like “tend to” and “arguably” since there are instances when default XP shows quite good weather depiction. One can look at my early EPOCH Air Alaska AARs and see good examples of some good XP weather depictions. My intent (whether it came through or not) was to highlight how RWC largely prevents flying along and then suddenly being presented with a wildly different weather depiction, as has happened to me many times in XP. It is also a phenomenon that can’t be accurately demonstrated in screens - a video of the difference in “snap in/out” would probably be more illustrative. I’ll see if I can put one together tonight…

All of that said, I think default XP does a good job with weather depiction and really it is mostly the jarring transitions that can be somewhat frustrating. It would be interesting if RWC could be used to ease that problem using the default XP weather as well…then you wouldn’t have to necessarily use SkyMaxx Pro as well.

Thanks for the comments…

It is worth mentioning this quote from the developer (Sundog Software) that not ALL pop-ins and outs will be solved by RWC. In explaining some continuing pop-in/outs even with RWC installed he posted the following:

"That means we crossed a boundary where X-Plane changed its coordinate system, and we had to regenerate the clouds in order to properly position them again. What probably happened is that you flew across a corner of one of X-Plane’s grid cells that define a given coordinate system, which led to this happening a couple of times as you flew into the corner of another frame of reference and then back out of it.

Like I said, these boundaries are pretty far apart, so this isn’t something that happens often - you just got unlucky in your location. I’ve actually talked to Laminar about finding a better way to deal with this case, and it’s hard to say the least. But it’s something I’ll be looking into for future revisions."

So for now I’d say “better” but definitely not the holy grail as yet.

Yeah, I’ve seen this explanation, but I’m not counting this as pop-in/out as the weather that is regenerated after this happens (and it does happen for me, maybe not a lot, but it is noticeable) is actually the same as before (not uniform). I think that happens when you cross the border of 1 degree tiles.

Like I said, I did understand you mentioning pop-ins as changing the uniform weather around you to something else. Not the fact itself of regeneration. But an actual change of weather uniformly.

Yeah, I’ve seen this explanation, but I’m not counting this as pop-in/out as the weather that is regenerated after this happens (and it does happen for me, maybe not a lot, but it is noticeable) is actually the same as before (not uniform).

Well, it could be and it couldn’t be. It depends on how often XP updates weather and reads METARS. Assuming you cross a one degree tile, then cross it a few minutes past 10 til the hour (when a lot of ATIS derived METARS are filed), then you might very well see a big change since those are typically 1 hour old weather reports. If weather is changing rapidly, the ATIS will be a SPECI which can be updated very frequently. I suppose if you go into the weather settings, you can set XP to update weather more frequently (edit - that only happened in v9 I think), but I don’t know if the database that XP references is updated only hourly, or if it updates in realtime as information pours in.

Well, it could be and it couldn’t be. It depends on how often XP updates weather and reads METARS.

When the (supposed) one degree tile change happens the weather disappears abruptly and then regenerates. When a METAR file changes the transition is more smooth. The weather fades out during few seconds time and while that happens a new weather starts to slowly appear.
The one degree “switch” is independent of METAR change I think. And the latter is even more manageable for me

But I’ll have to agree with havner here: X-Plane had persistent weather patterns that you can see on the horizon and fly in and out of for quite a while. Crucially, plugins could never do this, so this was not possible with SkyMaxx before RWC.

I believe that persistent weather patterns only appeared some time during the X-Plane 10 run as part of an update, which is why many people don’t know about it. Either way, there is a lot of mis-information floating around the internet about this, but you can easily verify it by switching on real-time weather i X-Plane and seeing for yourself.

It is not a perfect system, though, and for example switches winds, horizon colors, and rain effects very abruptly. Also, cloud shape diversity is limited and there can’t be more than three cloud layers. But it does have persistent cloud fronts that you can see from afar and fly in and out of.

Thanks for the input. I’ve annotated the article with the following at that section:

[Edit - numerous users have pointed out that the default XP10 weather generator has, in fact, had the capability of having multi-station weather generation and depiction.]

That said, I feel the transitions are far better using SMP + RWC. One thing I’m left wanting for though, as I was doing some additional flying tonight, is that XP thunderstorms are not depicted very well. The thunderstorms, turbulence, rain, and hail are, but the visuals of what you should see when you are crossing into a fierce, fast moving cold front with CB tops to FL400+ just don’t happen.

I was flying this area northwest of DFW tonight trying to see the depiction…and it is woefully inadequate in both default and SkyMaxx Pro. XP just doesn’t do cumulonimbus very well, particularly when viewed over FL200. Dodging tops and seeing anvils is a huge part of summer flying here in the States… 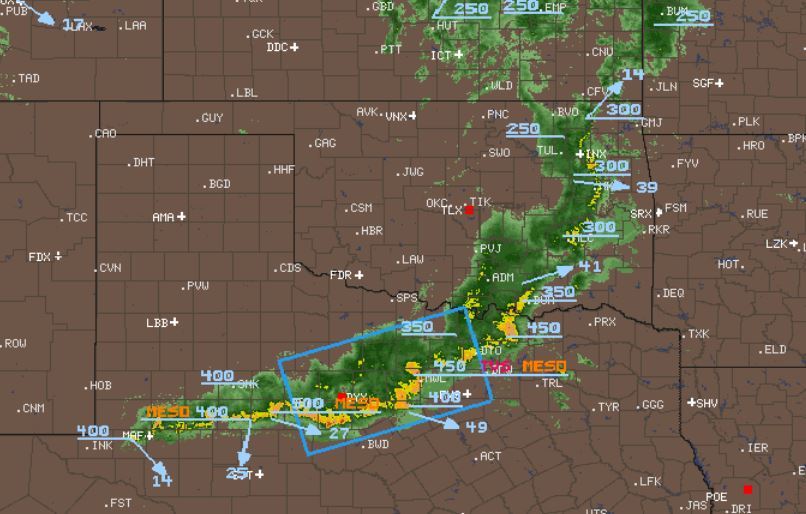 I totally agree with everything you said.

NOAA or FSGRW improve weather variety somewhat over the default, and SkyMaxx with RWC claims to be able to do cumulonimbus clouds, but this is still a far ways off ASN with REX clouds.

So I haven’t tried either of these two plug-ins. Is one considered better than the other? I’d be curious to do some comparisons…

FSGRW, or FS Global Real Weather works for both FSX/Prepar3D and X-Plane, and is very similar to ASN, and you can buy it from Pilot’s.

Personally, I prefer FSGRW, though I can’t quite put the finger on the reason why.

Well, maybe it won’t be so bad because I already have Python installed - I’ve used it for some things like xSlingLoad and some other things like dropping objects from airplanes: I’ll check out FSGRW though too…thanks!