Why does my dollar suck! 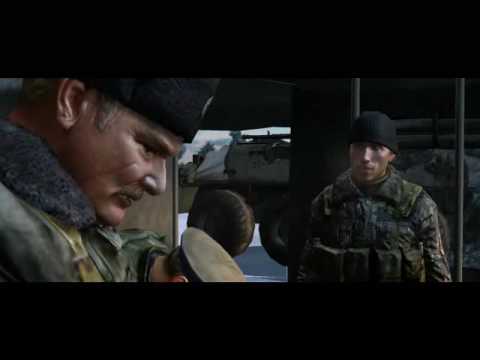 Chris, I just invited you to a PM exchange I had with Maico regarding the use of subdued labels to help with ground and air target acquisition. It’s a work around, but I have found it helpful while not too intrusive.

Have you actually had a chance to put a VR headset on? I hadn’t…I went into it blind (apparently if @PaulRix and @fearlessfrog were selling crack, I’d be making a crack pipe out of my airplane’s pitot tubes at this moment…) so I had no real concept of what it was like. I highly recommend you checking one out in a store or something just to get a feel for it. Better yet if you can get some stick time in DCS World behind one…because your jaw will hit the floor…albeit with a conflict within you that…wow…this is the most immersive thing I’ve ever seen in a sim…but I do miss my high resolution. (Although I’m working on that…apparently there are tweaks…!)

Yeah. I had the opportunity to try out a DK2 a year and a half ago and sitting in the A-10C cockpit was … amazing. It felt like I was there! I mean the graphics were not great and the screen door effect was very noticeable but taxiing at Batumi to the active and feeling like I could reach out and touch everything. The sense of presence was awesome. I also gave the UH-1H a go and wow. The ability to see the distance and the drift was amazing.

I am considering the Rift (not the Vive due to cost and that the room scale VR is not all that useful to me). I also have a 970 … so I am trying to balance things against getting the next gen hardware.

The temptation is too much. Currently just wondering if there will be any December specials

I also gave the UH-1H a go and wow. The ability to see the distance and the drift was amazing.

I just tried the UH-1H a few minutes ago and flew some free flight around Vegas. It is simply insane. The resolution at the 2.0 pixel setting is juuuuuust barely not quite enough…and even at 2.5 I’m able to fly pretty smoothly with an occasional stutter, but the improvement isn’t worth it. That said, the cockpit is just insane. I looked over at the CP/G and felt like I should actually offer him a beer or something. And swinging that gunsight down…whaaaat! Just incredible.

And who knew that 4" inches of eye separation could cause one’s flying to get so much more precise. It’s incredible how the depth perception just makes flying the helos like wearing a glove. I mean, I was putting the Huey into parking lots between cars, doing funnel like maneuvers around the tower thingy there in Vegas…just insanely precise flying. It is sooooo incredible.

…Been working on my tax return tonight while listening to Everything But the Girl to calm my nerves. That and a Stone Brewing Ruination, which feels like about 8% alc/vol.

how are you liking the Chieftain?

The Chieftain is a very hot twin. It’s fast, good handling, and easy on the eyes. The Alabeo version is exquisitely rendered and equipped. Were there an X-Plane version, it would be a toss up with it and the C404. Both are awesome. I’m also really liking the steam/glass combo. Keeps me warm and fuzzy compared to all glass. That moving map is awesome.

With regards to what @near_blind said, I very much agree. However, there is one profile that works well, and that is BVR. I’ve only done it in the F-15, but I imagine it’s the same in the Mirage or Sukoi. Take those mothers out in TWS mode before you need to eyeball them and press on. Use the VR zoom key map to snap to the MPCD.

Having said that, I’d be less than honest if I said that I never use tags. It’s a bailout when you get in a furball or an unexpected merge. Call it weak, but it’s pretty much impossible to get a good visual on a fast mover in the current state of VR tech.

The UH-1 is a different story because you are a lot close/slower. I love flying the Huey and Gazelle in VR.

And who knew that 4" inches of eye separation could cause one’s flying to get so much more precise. It’s incredible how the depth perception just makes flying the helos like wearing a glove. I mean, I was putting the Huey into parking lots between cars, doing funnel like maneuvers around the tower thingy there in Vegas…just insanely precise flying. It is sooooo incredible.

Labels can be tweaked to make them useful without being a total crutch.

It is simply insane

I don’t think it is luck. A bit ago I finally tried out the Mirage 2000…my first time flying it in DCS World…and it just happened to be in VR. Another WOW cockpit. So I did the free-flight where the F-15Es are taking off, so I joined up with one…and proceeded to ever so slowly creep up on his left vertical stab. I swear, I put my nose on the left side of his left vertical stab…eased in a bit of right rudder…there were some sparks…and damned if the thing didn’t snap off. LOL…it was another one of those surreal VR moments where I’m like “holy crap…how far we’ve come!!!” (from destroying six dots that were infantry in Gunship for the C-64). I know I’m easily impressed. But dang…these cockpits looks so good. And even from the external views you feel like you are sitting in the refueling window of a KC-135 or something looking out over this awesome panorama.

I put my wife in the Rift tonight after a couple margaritas (LOL) and she was flipping out about flying the A-10C around the pattern at Nellis. She did pretty darn good until touchdown. Then it was Kai’s turn…all he’s been talking about is the Rift since I showed it to him yesterday. They also really dug SubNautica…

You should try in flight refueling with the M2000C. It’s a trip to see that basket hanging out there in front of you.

I think my favorite moment was the first time starting the Eagle on the ground, and having a moment when I realized how high off the ground the cockpit actually sits. Same thing which I flared for the first time on landing. The ability to judge distance is magical.

@Chipwich. BVR was never the issue, as situational awareness in that arena is generally derived from your radar, your RWR, and the AWACS.

The struggle is what happens at and after the merge. It’s not terrible if you’re able to track him during the transition on radar, but what if he breaks lock? What if he takes an opportunistic head on heater shot? What is his aspect as I convert, or more pressing, where did he go after I started my break turn? BFM is an art as much as a science, and while I know the schedule, so much of it is determined by fleeting, random glances in the peripheral. I don’t use labels, I don’t like the lack of peripheral vision or resolution, and I loathe the blind spot that those factors conspire to create around your six.

This is not to say that you can’t do BFM in VR, but it makes it much harder if things don’t break your way. If you find yourself on the defensive end of the circle. if you get a random straggler entering without you picking him up early, you’re going to have a seriously bad time. As I said earlier I find in this case, VR isn’t worth the hassle.

For Civ flying and Helos though? Sky’s the limit.

I still think that we have had it too easy with regard to keeping sight of an adversary after the merge. It should not be easy at all. I like the fact that you have to physically twist yourself around in your chair to look behind you. Aircraft are pretty small objects in a very big sky. Anyone who has spent any time in a cockpit can testify that other aircraft can be very hard to acquire visually even when you know which area to scan. That includes large airliners.

I still think that we have had it too easy with regard to keeping sight of an adversary after the merge.

I disagree. Most modern fighter cockpits are designed to give you a good field of visibility and you have infinite pixels of resolution. While it can be extremely difficult to pick up a plane if you don’t know where it is, if you have an idea of where he should be (E.G. he just zipped past your canopy bar at 400 knots), you should be able to pick him up with some degree of reliability. By virtue of how almost any fight is going to develop, you’re going to have less than two, really one nautical mile of separation.

Looking directly behind you is more difficult, but there are techniques you can use to gain more field of view than you would think, there are things in the cockpit that you can anchor yourself on and twist. See just about any video with dogfights in it, the Navy is prodigious at turning them out these days.

And finally, I’m basing my experience off the IFF manual, and discussions with a graduate of the course who has repeatedly kicked my butt up and down the sky. Neither the manual nor he ever mentioned losing visual with an engaged bandit being a primary concern, as opposed to management of the jet or coping with G.

If you haven’t perused it, it’s helpful.
http://static.e-publishing.af.mil/production/1/aetc/publication/aetcttp11-1/aetcttp11-1.pdf

Is TrackIR too easy? probably. But I firmly assert current gen VR makes it more difficult than it ought to be. My gut feeling is 1080p and another 70 degrees of FoV will fix this.

Well, we can agree to disagree then.

Oh man…it just keeps getting better. The RAZBAM Metro III is just insanely good in VR. The cockpit and even the virtual cabin are just…wow…(I know I’m using that word a lot). Hitting some of the pop up panels is nice in FlyInside since it will a pop up HSI in front of you since the resolution isn’t quite there unless you lean way in. I just flew a pattern at Asheville…my lord…I just can’t wait to take my whole computer to work and show the guys. Funny because I have a real sim session today (just sitting right seat in for our check airman who is checking our other check airman) and I feel like I’ve already had my session for the day… 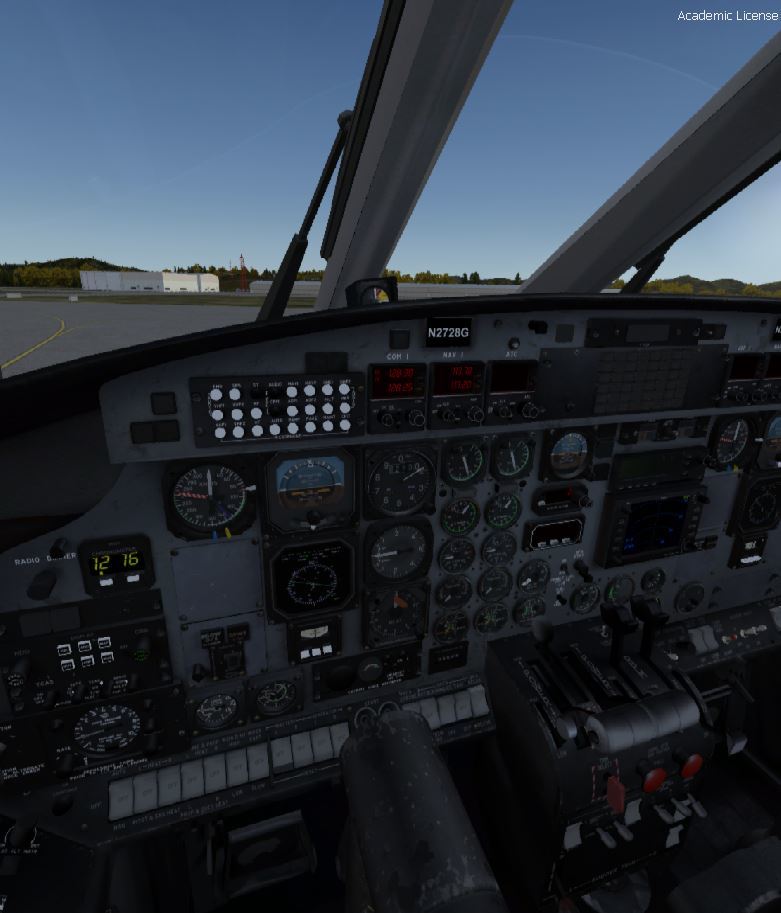 The great news is…Razbam stuff is dirt cheap for FSX (it installed into P3D just fine). I tried using FlyInside for FSX:SE…but for some reason, I get stuck at the “waiting for simulation” page even though the sim is running fine on the virtual desktop. No ideas why…but at this point I’m moving all my stuff to P3D anyway…

What’s the performance like with the 1080? I need to know because of… reasons…

What’s the performance like with the 1080? I need to know because of… reasons…

In VR specifically or just overall? I have some benchmarks and if you want to wait about 48 hours or less I’ll post an article on it.

VR specifically, but overall couldn’t hurt. P3D runs better than FSX for me, but it’s still a bit of a frame hog. I’m curious how VR plays into that.

The great news is…Razbam stuff is dirt cheap for FSX (it installed into P3D just fine).

I just tried the Razbam Harrier…whoa… Really awesome. The A-6 was not as good…it does not have 3D gauges and such…so not as immersive…but still pretty cool to be flying an A-6 in VR.