Is it now normal that the 21 fires of both missiles when you have either station 1-2 or 3-4 selected. I am using single rail R-60M missiles and before I could just keep the release weapon switch depressed and guide the IR Seeker over the target. It would launch one but now it appears to release both stations at the same time.

This is giving me a mild discomfort! Tell me it ain’t so!

Probably yes? My understanding is the way that the MiG-21’s SMS is supposed to work is the selected station is the initial station to be fired, then it will fire additional missiles of the same type in sequence with each weapons release command. I’d imagine then that the 1-2, 3-4 is for ripple firing missiles of the selected type for cheeki breeki Pk increasing macrossovski missile storms.

This was changed a few patches back from the original behavior where it would fire only the selected station or the sequenced station.

Cheers! Figured i missed an update at some point. And hey, as long as I know it’s meant to be.

Time to try it with the double rail launchers!

Pretty sure it wasn’t working like that in the past, right now it launches both missiles of the rails at the exact same time btw.

I am sure it was, thats why I quoted Chucks guide so there is other reference then only my word

But at the exact same time now? Hmm, strange, need to test

Some new MiG-21Bis news from Leatherneck.

Despite what one might think, the MiG-21Bis is not long and forgotten.

As told in the New year update, work on the 21’s cockpit fixes are coming along. We’ve also most recently improved the R3S missiles performance based on gathered and user provided references. We also continue our work on other mentioned issues.

As for the cockpit, the hardest and most frustrating job is scaling the virtual pit, into the external model. It’s progressing slowly and there are some issues that need to be dealt with before release. With that said, here are the proposed steps introducing the new pit once it is complete.

Now this does come with shortcomings as the position of the ASP symbols will change in relation to the gun barrel, and pilot’s view point. 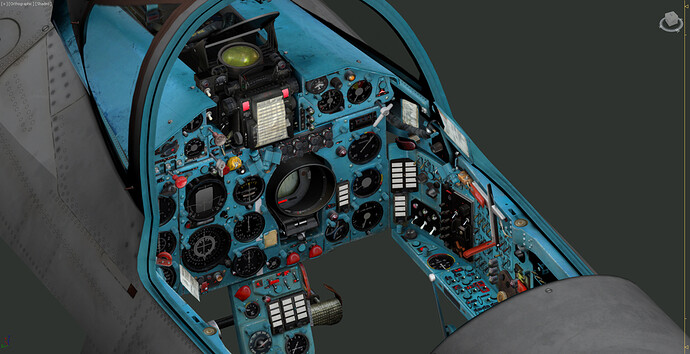 The external model is also getting some love by fixing the spine’s mesh merging into the tail…Yes, that does mean slight modifications of camo patterns, but our artist used his best skills to mitigate any major texture changes. Rivets on the tail have been changed to reflect the ‘bis’ variation and not the ‘MF’ that is currently laid out.

We have also been thinking about texture weight taking up users’ bandwidth, virtual memory and HDD/SSD space. It’s no secret our MiG-21bis uses a whopping 6GB of space and we want help reduce it!

Finally, the introduction of overwing vapor is on the horizon! There are not many photos or videos showing the delta wing’s effects, but we think we have nailed it and will include it in a huge update along with the cockpit, external, and cockpit meshes!

the MiG-21Bis is not long and forgotten.

A much beloved module getting a much needed overhaul. I love it.

My MiGs get regular love every day.

Finally inside wont look so wrong in VR. 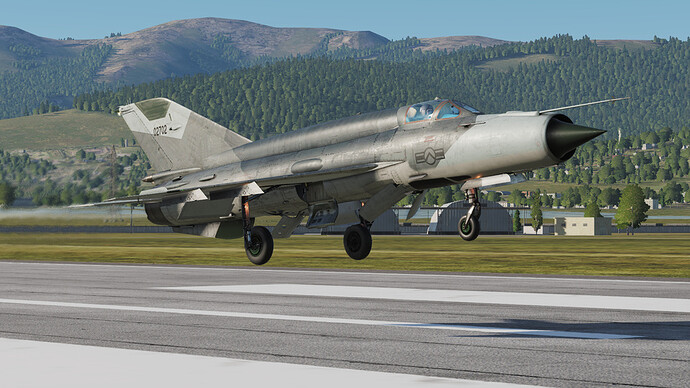 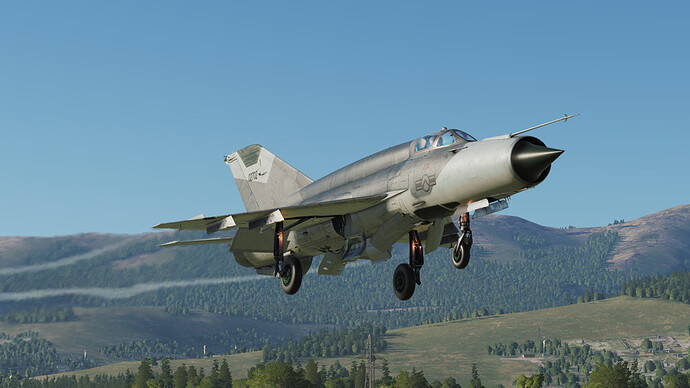 I don’t recall this issue before… 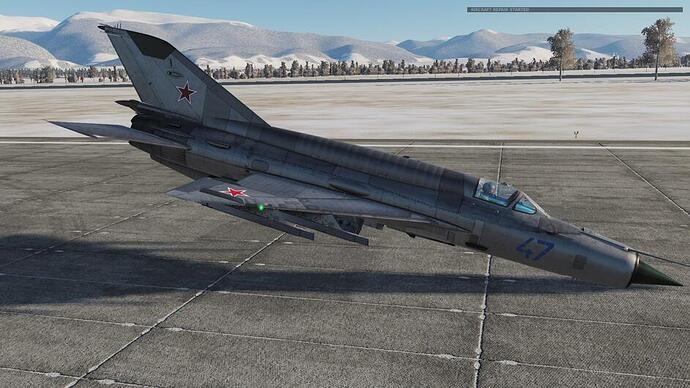 Landing the MiG-21is difficult (to say the least) and can often result with some minor damage to the gear. No worries - just get the ground crew to repair…except…

If the nose gear was collapsed, when the jet elevates for the repairs, the nose goes down. The Nose gear is added but is set underground because of the downward tilt on the nose. When the plane returns to the ground and repairs cease, the “buried” nose gear kind of explodes out of the ground and breaks again, leaving the jet broken. Do another repair and the nose gear is buried again…no way to fix it.

I did run into this very issue as well.

Too much Vodka inhibited repairs!

That Junkie MiG will sniff the white line all the way around the tarmac. Somebody get that machine to rehab!

A couple of Wingman AI issues, was wondering if anybody else had them… 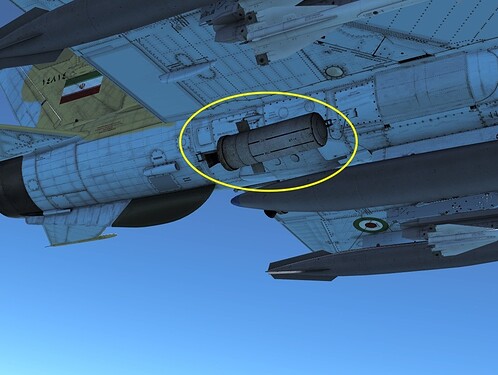 Takeoff weight was 105% (minus taxi fuel burn). Using the SPRDs, TO was no problem (OK, I might have over-sped the tires and blown them…macht nichts). At altitude (6500m) I noticed my wingman porpoising…I was just fine. Then I noticed he was carrying more weight (photo above).

Even in MP other 21s always have their lights on, which if not extended just shine on the ground in two small circles