Oh My - I am considering going with an AMD system

Luckily for me I get a Ryzen II upgrade for free when I choose to do it, but I have to buy the 500 series board, haha.

Also alot of my games load levels incredibly fast and I still have them on my WD Black 640GB drive instead of the SSD.

I may be calling for some flying lessons…

Oh dear…I haven’t actually taught anyone anything in 20 years! I hold my CFII, but only because I’m planning to teach my son how to fly someday. Well, that and it was the hardest certificate to earn, so I’m protective of it…haha…

I’ve got everything but the 3900X. THAT little bugger has been hard to acquire.

Here’s a pic of the Radeon box from out in the wild. THAT was also hard to find, but getting the kids that unload the truck to keep my ph# available has helped. 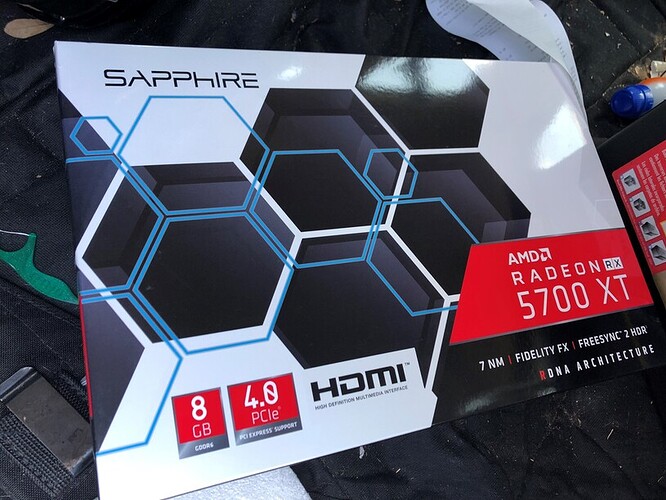 I have order my parts as well. I swapped out the 512GB M.2 SSD for a slighty slower (and cheaper per GB) 1TB M.2 SSD. Hopefully I will get it at the end of the week but I will likely get all the parts except one just to make my weekend less fun

I am holing out on the GFX card until I get some reports on how it is for VR. Between it and the 2070 Super, I can’t decide which is the better choice.

Received all my parts (CPU, Motherboard, Memory, M.2 SSD, Cooler) and crammed them all into a case. Everything seems to be working but I am reminded how much I hate reinstalling windows and all the games and such. Gah!

I managed to mess up my DCS configs as well. So I need to remap everything. Woo!

So here I am. Brand new PC. Game controller drivers installed and devices connected. DCS is installed and launched. It’s all great. The only thing left to do was copying my input config files from my old “Saved Games” folder (e.g. C:\Users\ [YourName]\Saved Games\DCS.openalpha\Config\Input) to their new destination. Or so I thought. The issue is, that all my devices received new IDs. And all .lua-files containing each controllers configuration have that ID in their file name. I was facing a …

Oh man. That is awesome!

I am sitting here listening the the historical rebroadcast of Apollo 11 descending to the moon and running these commands and it is a life saver (first world problems). Thank you!

I managed to mess up my DCS configs as well. So I need to remap everything. Woo!

LOL…see you in the Fall…! Just kidding…actually, the best change ED ever made was to allow in-game mapping. Man that is a nice feature…

Well, after a couple of weeks, I finally got a 3900X ordered (supply has been EXTREMELY tight), and I’ll be building next week.

HOWEVER - it’s definitely going to be a CPU hit.

I guess I’m wondering, and maybe @NineLine could chime in, but would altering the “SMT” values on an AMD chip help, or hurt the DCS Engine? I’m not familiar with this technology, and I’m having the MicroCenter people build this thing, so I’d like to know if they should leave this on, or turn it off, and if it can be altered easily or not. 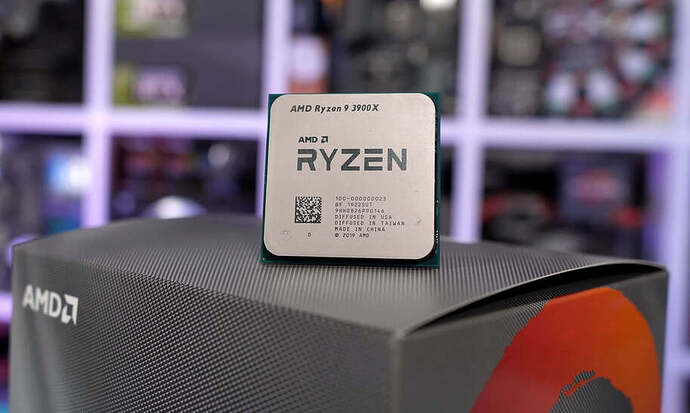 Testing Ryzen 9 with SMT On vs. SMT Off

I don’t know exactly what SMT stands for but after reading the introduction, I recognize it is multi-threading. (which you can usually turn on and off at any time through the BIOS settings) Multi-threading means that each physical core runs 2 threads (virtual cores as you will). For heavily parallellized stuff like video decoding and computational things, this means your performance will be close to as if you had twice as many cores. The only downside is that each core runs a little hotter and it is known to reduce single thread performance slightly.

TL;DR: Since you already have 12 physical cores and DCS is mainly a single-thread application, I would recommend turning this off.

waiting for the day we have a low level API Link in Windows that allows a User to Enable and Disable SMT Per Core and assign applications to stay with that core (aka, Advanced CPU Affinity) 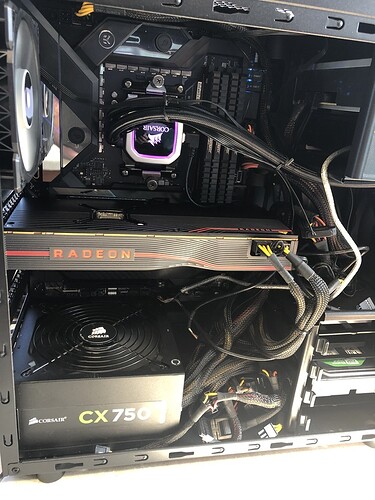 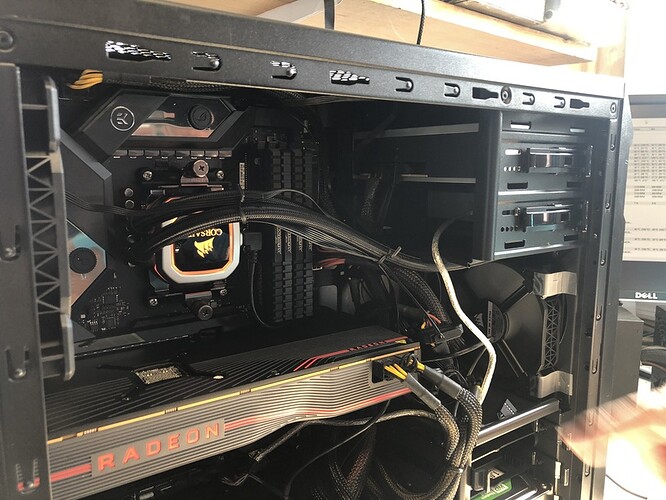 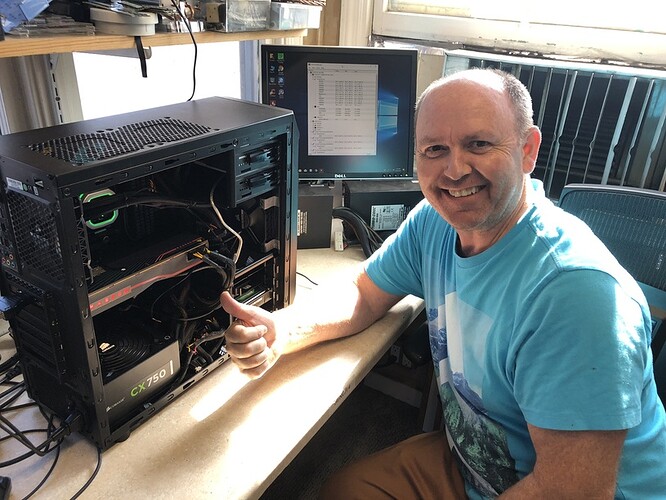 Okay - it’s been built. Andy, the assembler, ran it through its’ paces, and said “IT RUNS HOT!” Like 60 Celsius. He checked all the boards and everyone agreed - it runs like that in idle. When in operation, it actually gets down to 40C or something. That’s WITH a liquid cooler.

I’ll make all the connections tomorrow (we’re cramped for space right now, and it’s going to get worse before it gets better), but I’ll send a benchmark link once I’m done.

CAN. NOT. WAIT. for this move to be finalized and for things to settle in. Gotta find out how to make some money up here, as well.

That’s w/ the Wraith RGB Cooler, I didnt bring my Corsair H100 from the last build as it was having power problems already.

I plan to upgrade my GPU Later this year or early next, the Lightning R7970 is starting to show it’s age now.

I did take my CPU Fan off the CPUFan Header, as under full load it was kept by “Auto” Profile at a low RPM,

Had one of those myself. A 6x86, if memory serves.

I had a AMD, Intel, Cyrix, and IDT WinCHIP, never found a Rise before the end of Socket 7

The Cyrix plant was in Richardson, TX, right off Renner and 75. It’s still vacant. We used to race bikes about 1/2 a mile south of the plant site, but it’s been converted into about 880 townhouses.

I keep hoping TI will buy the plant space and use it for something, but TI tends to lurch from panic to panic every three or four years.

Their laser DLP stuff is a true sight to behold, however.

As my current CPU approaches 9 years of age, I’m starting to think about an upgrade in the not too distant future. Any thoughts, especially regarding the motherboard? Is there any reason to go for X chipset equipped ones?

I’m planning to only do mild overclocking if any and I use neither onboard sound nor WIFI or BT, so i guess I’m good? PCIe 4 seems pointless as well ATM.