Picked up my new toy: 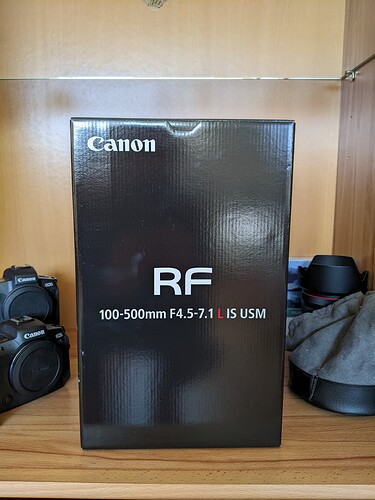 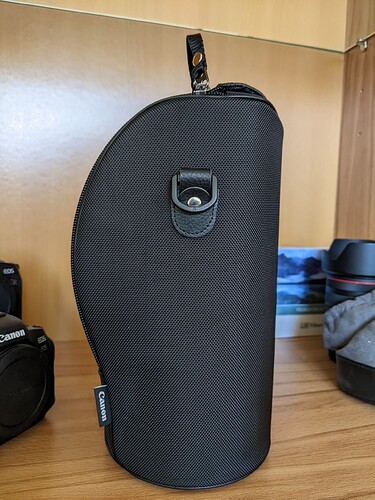 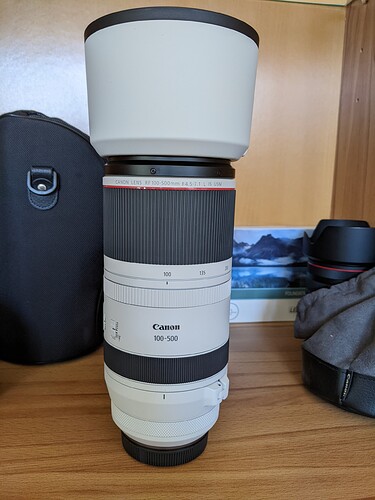 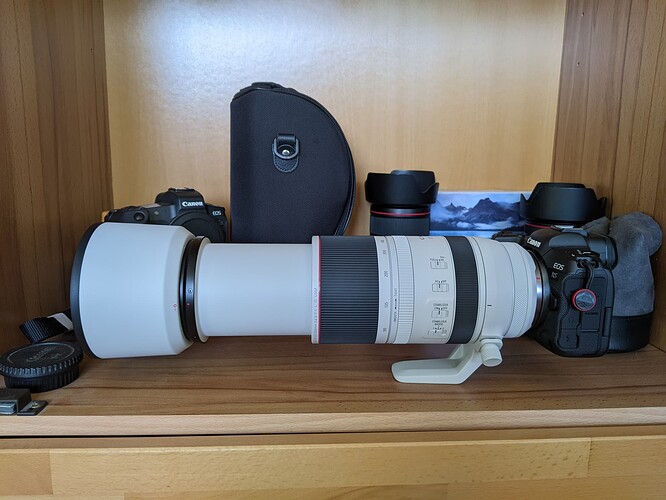 I’ll go for a walk to take some pictures of swans and ducks before the bad weather rolls in.

First impressions: Really nice although of course it’s a lens for sunny weather. You will need to push the ISO when you’re taking pictures out at 500mm F7.1 but image quality is excellent. I have some pretty decent shots of some ducks, a blue tit and there were two hunters hunting rabbits with a ferret and hawks. I’ve managed to get some nice shots of a hawk sitting in tree.

Will post them in the Where are you Photos 2022 thread:

short burst at 20fps while slowly moving the camera

Wild ride to read that technique. Stupidly brilliant - as in, sounds stupid - is brilliant. Or perhaps better summed up by my personal catch phrase:
“It’s not cheating, I’m just smarter than you!”

I have larger hands and long fingers, so if the FF bodies are a tad larger, then I’ll likely end up in the same boat.

Had to look this up - interesting project!

It’s possible that you first need to assign something for the ring to control.

So with the R10 it is mostly set up by default. The front of the body has a AF/MF toggle switch with a DOF preview button in the middle. The switch is there for lenses without a switch of their own.

If the lens has a switch, that takes over from the body switch.

In either case, when set to AF and full-time RF control ring MF set to on, it should work with compatible lenses - and it seems to also enable the focus ring to do that instead, if the lens has one - as with the 100-400.

Turns out the 50mm is not on the supported list for control ring MF though:

Not sure if this function exists on the R5 and other bodies not on the list (perhaps they have their own list?)

I use the histogram as my main reference for exposure.

Ok, I am learning to work with the histogram myself and turn it on more often now.

Wild ride to read that technique.

It’s a very common technique for macro photography. Even at apertures like F11 or F16 the depth of field is so shallow that unless you’re in a studio with lights, a tripod and a static subject, you can’t precisely control your focal plane, especially with living insects. So the way to get these pictures is to get your focal plane as close as possible and then fire a burst while slowly moving the camera towards your subject. Takes a little practice but with modern cameras and their high frame rates it has become much easier to get good results.

I have larger hands and long fingers, so if the FF bodies are a tad larger, then I’ll likely end up in the same boat.

Yes the FF bodies are a little larger. I’d recommend to try them in a camera store before you buy. The R6/R6 II are a little bit smaller than the R5 but it’s not a big difference.

Turns out the 50mm is not on the supported list for control ring MF though:

Yep, you need a lens that has what Canon calls the control ring.

Btw, while the lens is pretty heavy it’s still light enough to be carried around like this: 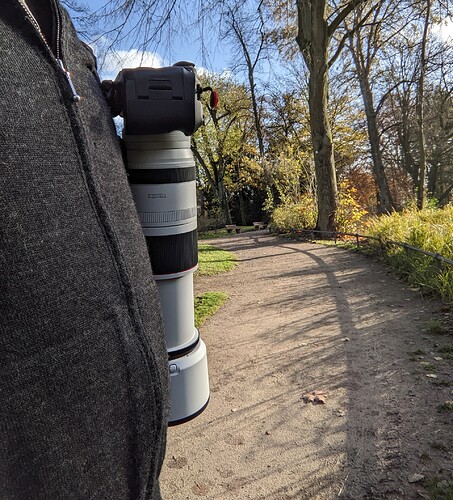 My local stores now have the new R6 Mk II in stock, which means the pricing is out.

R6 has slightly better low light performance than the R5

I have been looking at some of the math of how lenses work and this comment came in to mind. It makes sense since the sensor size is the same but the pixel count is way less, so larger pixels on the R6 will mean better low light performance.

Threw the RP in just because it was the same price bracket as the R10. Looks like 18% larger pixels going R10 → R5, or 61% larger for R10 → R6, but no resolution improvement. Guess there is not a market for something in the middle like 30-36MP?