Derailing is what makes this forum great! Turns out he died later in a Yak-52 crash. I was expecting to read he died under suspicious circumstances, but I guess they got the MiG back quickly enough to not be THAT upset about it.

Unfortunately, Zuyev’s story is very politically charged and since he was one of the last high-profile defectors who did something akin to taking a F-22 and defecting to China, you’ll find that information is not readily available and there are a lot of distortions over who he was and what he did. He was something of a misfit in his youth and that’s often used to discredit his actions when he defected. There’s actually a lot of Russians who still hold a grudge toward Zuyev for being a traitor, but most of those are people who didn’t know him and weren’t there at the time.

There’s not much out there about his time in the USA, but he became a pilot here and did some instruction as well as a lot of work with the DOD. Here’s another video of him instructing someone: 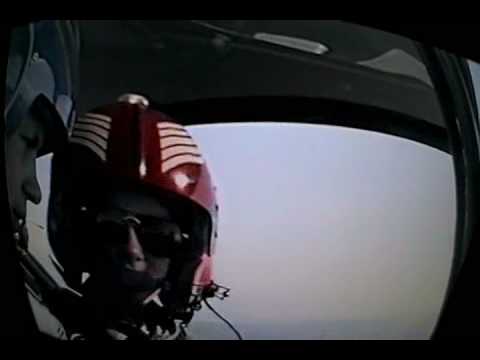 Derail it more! This is fascinating I’ve read all about Victor belenko and his mig 25 but somehow missed this guy! Belenko just changed course, this guy went full Firefox!

At the risk of veering into politics…

Fulcrum, from the perspective of Zuyev, readily reinforces the dichotomy of the USSR. On one hand, they had technological marvels like the MiG-29 and the capability to use them to full effect, better than we knew during the Cold War. One of the things Zuyev went into was the myth that VVS and PVO pilots were strictly controlled and guided by GCI; this was quite far from the truth. The use of GCI was almost like the pilot-RIO system used by the F-14, just that the GCI was a guy on the ground directing the pilot around. If communication was disrupted or lost, the pilot would continue on his own and independently. They also knew that the west, especially Americans, were highly dependent on AWACS and other rear area assets, so practiced tactics and methods of taking those assets out. They weren’t blind however and Soviet doctrine always anticipated losses, which is why they had practices like firing missiles in pairs rather than singles – they were well aware of their technology shortcomings and took steps to work around them.

The flip side of this is life in the USSR was, in a word, suck. If you weren’t part of the defense network, then you didn’t rate. Zuyev goes into this when he reluctantly got married, which meant he had to pay for his own food as well as his wife. Because he didn’t get a more prestigious foreign assignment and was essentially stuck in Georgia, he didn’t get much of a stipend, and what he did get didn’t even cover food for him or his wife. Despite being a pilot of one of the most advanced fighters of the decade, he could barely afford to feed himself. On top of all this, he was witness to so much graft and corruption that absolutely turned his stomach. It becomes pretty clear the reasons for why he did what he did once the book reaches its conclusion.

The USSR in general is really hard for a lot of younger people to fathom and I only really got an understanding of it when I met a few guys who had actually been born over there in my IL2 days. Imagine being arrested just for taking a picture of a military plane, then your entire family sentenced with you for allegedly acting in concert with your independent action. Imagine a grocery store with bare shelves one day, then completely full the next day a party member comes to visit the town. Imagine being sent to a psychiatric ward because you found corruption and tried to uncover it. Yeah, that happened, and it wasn’t isolated. What I read and what stories were related to me definitely proved the saying that the truth is stranger than fiction.

Ironically, one of Zuyev’s complaints about the Fulcrum was that by the time he was assigned to it, he and his fellow pilots knew less about it than the western media did. They were given little information on it which hindered their advancement when transitioning to it. It was a quantum leap for the VVS at the time and IMO I think we severely underestimated it in ODS and Allied Force.

At the risk of derailing the thread even further, here’s a 1993 60 Minutes segment on Zuyev:

Excellent post and I don’t think you strayed into politics at all. I recently read ‘the cold War history’ by Odd Arne Westad and found it fascinating. And also ‘the dead hand’ by David e Hoffman and they both gave a great and detailed insight into the time between ww2 and the fall of ussr. I certainly learned a lot anyway.

Can recommend the book even for just his view into life in the last days of the Soviet empire.

IMO I think we severely underestimated it in ODS and Allied Force.

As always the NATO / allied pilots in ODS and OAF certainly didn’t underestimate the 29 or it’s pilots.
But then the book credits Zuyev with handing over useful info on the 29 to the US anyway pre ODS…and he joins the list of individuals who won ODS

I’ve always supported having more FC level aircraft. I don’t want the systems simplified, I want the controls simplified. Just like when I play an FPS I don’t put myself through boot camp first, when I fly I don’t want to have to spend weeks in classroom learning either. I want to give the command for something to happen and then it happens without having to worry about if I misordered a sequence or left a step out.

For example, the way countermeasures work as brought up in another thread. Instead of just deciding whether to turn the jammer on or not or selecting flares or chaff, there can be layers and layers of programming needed which requires time to learn, even more time to remember, and can differ greatly from one plane to the next. This creates a barrier to entry and pick-up-and-go missions.
I have literally lost count of the number of DCS MP missions I’ve been in that have been spoiled by one or more pilots having issues with control mappings, forgetting systems, pressing the wrong thing at the wrong time, and other issues that are not faced by people who fly DCS every day of the week but are a big problem for those who may only fly 3-4 times a month. DCS should not be only for people who live and breathe it.

There is a market for the FC level interface simplification so you don’t need to remember literal graduate-level courses’ worth of information. Sure, some people care more about that then things like missile effectiveness or damage modeling, and can spend two hours practicing take off and landings on a carrier without firing a shot. The point is that if DCS is only going to cater to THOSE people then they are going to have problems because that is not sustainable. Unless they decide to switch to iracing-style subscriptions, of course.

What I do not get are the users who say that because THEY have no interest in a given type of module, DCS should not offer them at all. Why not? Who cares? I don’t like to eat eggs but I’m not campaigning against egg consumption. I like waffles but I’m not blasting those who don’t and prefer eggs.
As DCS has proven itself to be the only source of food in town, saying “if you want waffles go somewhere else” is both disingenuous and also downright rude. “I don’t care if you starve, if you’re eating here you’re having eggs and liking it!” Who are you to determine that? You’re no more important than any other customer, so your opinion is not more important either. If serving eggs and waffles makes more money than serving only one or the other, why wouldn’t they serve both?

Why not? Who cares?

Because developers have finite resources split between everyone’s largely diverse wants and interests. Resources spent on a FC3 can be spent to the detriment of [insert-your-module-of-choice] development for instance. It is a purely selfish reason, but a reason nonetheless.

More time in the MiG-29A last night in VR. I am beginning to prefer this pit over the Sukoi offerings, without understanding why. Over Normandy, I can get a steady 50-60 fps with the new RTX card. Hmm, this might become addicting.

To be honest, from the perspective of a developer, it’s actually easier and less time consuming to do an FC level module than a high fidelity one. Systems simulation gets very complex very quickly. I don’t know how ED is handling it, but they probably have separate system modeling guys who likely do little, if any, actual work on the FC level aircraft.

That is true, but ED probably has even less guys that can do the complex Flight Model that FC planes also need. I think it is mostly just Yo-yo.

Difference being there’s a lot of data out there for the 109. If you’re building a simulation of that as close as you can get it for desktop hardware, that’s a lot of data to pipe in and tweak for your simulation. You might think that a prop would be simpler, but reality is it’s actually more complex than a jet, if you factor in a lot of the quirks from the piston engine, prop, etc. Not nearly as complicated as a helicopter, but I suspect more complex than a jet.

My impression is for the FC level aircraft is a lot of the data isn’t available or if it is, ED can’t use it. Not to say it’s all unrealistic or that PFM is no work at all, but I’m not convinced it goes to the same level that the F/A-18C does.

It is, but I was just saying that even though the systems operation is simplified, FC development does still need a lot of those same resources as full-blown modules due to the complexity of the flight model and everything related to it. (Hydraulics, etc)

Isn’t FC3 also one of the least expensive and oldest offerings too?

“Best selling” doesn’t necessarily mean “most in demand right now” or “where demand will track in the future.”

Just being a stickler

Have no qualms with that.
But if it sells like hot cakes… make more hot cakes… 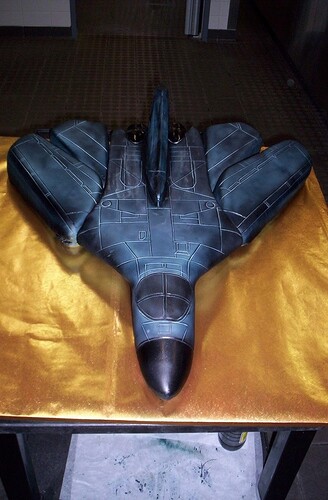 I can say that online, the FC aircraft tend to be the most commonly flown by the online crowd, outside of the Bug.