Well, the free trial sold me

Hahaha no problem. I got that. Thanks!

So I’ve just downloaded the free Tomcat trial. Oh. My. Goodness. What a beautiful thing.

I’m going to stay strong and only get the kitty when I eventually get VR, I think…keep one amazing module untouched until I enter that next level of simming. But wow, the pull is strong on this one. Clearly it is a very, very well made module.

Its just magical isnt it. The shaking, the roar of the cans. It is just phenomenal.

The Tomcat truly is a different beast. The other modern fighters (JF-17, Hornet, and Viper) may have the edge in employable weapons, but they can feel very cold and clinical. You feel like you’re flying a simulator. The 'cat just feels so alive by comparison, much more like a real aircraft. It’s a true masterpiece.

The Tomcat and Viggen are my absolute favorite modules. I keep finding myself drawn back to the Tomcat; it seems like the perfect VR combat flight sim experience, especially with Vaicom Airio, where Jester really shines.

Has Vaicom been unducked again then? Time to dust it off!

I this made me think…and I know, it’s potentially a boring / overdiscussed topic…but, from a pure performance standpoint, which are the highest performance DCS modules?

Obviously we fly what we most enjoy…but one of the reasons why I’m personally learning the Hornet is because it performs so well in most of the “generic” MP missions.

That made me think - which aircraft are “best at something” in DCS?

Interestingly, I think every helicopter has a performance feature above the others, so they kind of all have their place:

I’m less sure of the fixed-wing side:

I have my own personal evaluation criteria.

The Hip is doing well in this ranking! The times I’ve taken her home with one engine shot to pieces… 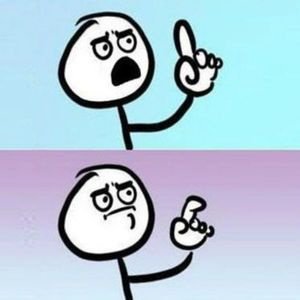 I suppose when you are brought up reading Tolstoy’s “short stories”, a few dozen pages of startup checklists is nothing…

I said in the Vaicom thread its worth persevering with and the RIO addon for VAICOM is great for a more immersive experience, I renamed my jester Jim for brevity and he looks like a Jim

A-10c gets not one but two gold medals: one for awesomest A/G gunnery and the other for most leisurely deployment of smart weapons.

F-14B gets the prize for ruling the skies for the blue side with incomparable style.

F/A-18 gets a first prize for being the most like a flying Swiss army knife and one for king of AoA.

F-16 gets the medal for best view in the game.

MiG-21 is the most Soviet of all Russian machines in the game. Mi-8 gets the second prize for that.

MiG-19 gets the faster and less manoeuvrable MiG-15 award.

The JF-17 is the only one available right now that I do not have that I plan on getting some day.

But my backlog of learning the 14, 16, 18, Viggen, Harrier, and 21 leaves me no pressing need to get it now. Well, I know the 18 fairly well at this point, but it’s not done and I know some parts better than others.