Ah, falcon 4.0. Unlike all of you I will not reminisce on that release day. It was not a happy time in my life.

I remember how it was so unstable, yet full of potential, for the first year or so, all I could do with it was run the training scenario’s. I got good at those. When finally the sim became stable enough to run the campaign… what a day.

Running in low to sneak in a wing full of durandal anti-runway bombs in order to stem the red tide, the dreaded wall of migs. Blasting those perfect straight-line companies with long strings of cluster bombs. Always bringing at least one HARM on a CAP just to make the blue losses less. What a sim.

Here’s to ED and what the guy they hired to build us a DC is cooking up.

I remember how it was so unstable, yet full of potential, for the first year or so, all I could do with it was run the training scenario’s. I got good at those. When finally the sim became stable enough to run the campaign… what a day.

You are not wrong. There is a lot of heartache wrapped up in Falcon 4 for me, I am just choosing to remember the good bits and suppress those bad patch memories (and Falcon crashing just as I was reading my objective in the campaign … often)

I remember people called it «the patch dance» when resorting to defragging the HD, installing F4, defragging, restarting, installing the patch, defragging, etc. I don’t fully remember the details, but there was an element of magic to patching F4, in the beginning. There were a couple of official patches, as I recall, that fixed the more pressing issues. And then, of course, PC hardware advanced giving us the performance overhead needed to run this piece of cutting edge software.
I distinctly remember getting a Voodoo 5 card and thinking «this is how F4 is supposed to look!»

Looking at that «Electronic Battlefield Series» logo…
Imagine if MicroProse had stuck with it, and continued to enhance F4 and deliver on that subtle promise of a series.
Would there have been a DCS…?

Nope. Falcon 4.0 didn’t just burn its devs, it burned its market for years after.

It’s the thing that killed off Microprose, and its mad overreaching ambition could not have worked out otherwise.

ED have learned the lessons that the Falcon myth tells well. They are careful in not overreaching. They are managing user expectation expertly. Baby steps. Always.

The new(ish) release model that replaced the old “release, then patch” with “early access” helps as well.

I am cautiously optimistic about the future of our hobby, even when I look at the past with sadness. 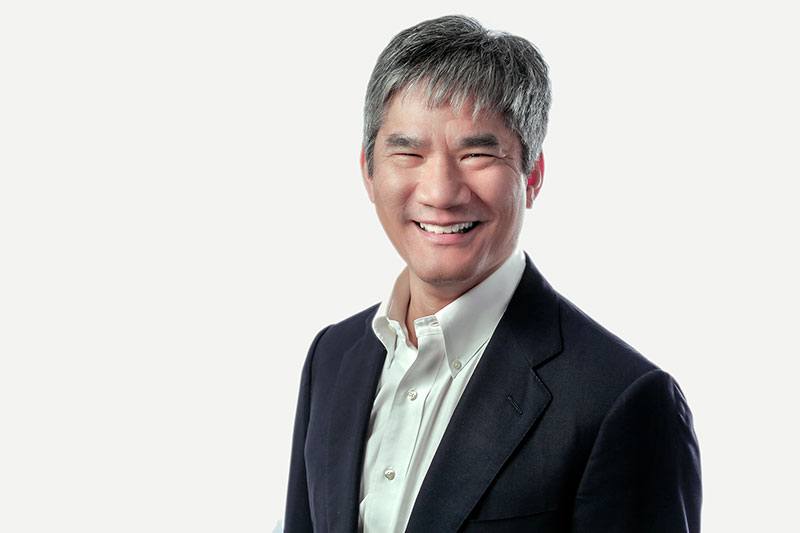 Gilman Louie is a Partner. He is the founder and former CEO of In-Q-Tel, a strategic venture fund created to help enhance national security by connecting the Ce

Yes, I spent little time in F4 really until the 1.08 patch that pretty much heralded the collapse of Hasbroprose. Even then it didn’t improve anything, it just patched the most egregious bugs. There had been the announcement of the F-15E expansion in mid-99 but of course it never happened.

It was the Realism Patches (RP) which started coming out late 99/early 2000 I think that went about correcting errors in performance for various things and adding complexity to the F-16. Also added the ability to jump into other planes…or was that the SPs which came later?

Either way, when the SPs came out I gave up on modding F4 and instead picked up F4: Allied Force. Lead Pursuit offered a return to the vision originally setup for F4. And then they disappeared. No announcements after their last patch (which they never said was the last) beyond they were working on the next title in the series, an F-15E again I think. My first clue something was really wrong was when their main rep on SimHQ, C3PO I think he went by, changed his user name to remove LP from it. He still posted but just as a regular user, in totally unrelated forums like Il-2 I think. Then he vanished, and “Ed” was their last presence, a programmer in LP I think, and then he vanished.

The history of F4 modding in the 21st century is so jumbled and deep.

its mad overreaching ambition could not have worked out otherwise

In hindsight, everything is obvious.
I’m saying «what if»

There was also talk of an A-10 sim around that time, but I can’t recall if it was to be after the F-15E or if it was supposed to be EA’s next Jane’s release after the Super Hornet.

That was Janes. I had just faxed (yep!) my NDA for the testing team, and the project got cancelled

The history of F4 modding in the 21st century is so jumbled and deep.

This is also a good read, on the ups and downs of the development process:

To me F4.0 was as Bob Ross would put it “a happy little accident”. And a huge achievement at the same time, one I continue to enjoy almost every day thanks to the many volunteers that keep the code alive.

Makes you think again about ED, it’s quite remarkable that DCS is not a welfare project and actually makes money (or at least that’s my guess)

That was Janes. I had just faxed (yep!) my NDA for the testing team, and the project got cancelled

Yep. That one had been in active development for quite a while, then EA and Origin killed the Jane’s team.

That one had been in active development for quite a while

Must have been, since they were about to start beta testing. But I’ve only seen a few screenshots from the development.

There was a series of products that all shared the same DNA.
I think the first was US Navy Fighters, then it got a US Marine Fighters add on (with Harrier!) Then came ATF (like the F-22 program name, and it had the F-22 and Gripen and other 90s’s planes) and the NATO Fighters add-on.

Then they switched to Windows (the previous were all DOS) and put them together for USNF '97 which added Vietnam to it.

Then came the switch to Israeli Air Force and USAF, which was a different game engine, and finally Fighters Anthology which I believe wrapped up all of it in one mega package akin to my SF2 stuff now.

I went from Falcon16 (I think it was called) to Falcon 3 and skipped 4 until Allied Force. During the pre-AF era, I was strictly Playing Janes Apache and Flanker. So unfortunately I have no collectables. It was one heck of an achievement.

Man… I just uninstalled BMS a couple weeks ago since I haven’t flown it in a while. After reading this thread I’m getting an itch to go fly some Korean campaign missions…

I’m really hoping we see 4.34 soon. I need something else to get me away from DCS for awhile. While I appreciate the focus on the Hornet development right now I’d really like to see some updates to DCS World itself like the vulkan api, dynamic campaign, new weather engine, etc.

First post…Man I remember hours with F4 I played online with the Freebirds and had a blast!
Most fun ( and frustration ) I have had in any Sim.

Thinking …again… I might get back into simming as I near retirement I will have more time.

This is the best time in the history of vertebrates to be a flight sim fan. Hands down.

This is the best time in the history of vertebrates to be a flight sim fan. Hands down.

What? Didn’t you hear?

It’s time for pitchforks and torches. Heatblur isn’t going to release the F-14 this month!