I still remember that day. I was in grad school and I went to Electronics Boutique before class and bought the sim. It was so heavy due to the printed manual.

I remember driving home and trying to install it, but I had a defet disk. So, I had to wait until the next day to exchange it and then play. Lol

That’s my story. Where we’re you when you first go it?

We were in West Palm visiting my brother for Christmas vacation when I picked it up, even though I wouldn’t be home with my PC for another week. Never mind, the manual was amazing. Binder, keyboard card, highly detailed manual with supplement covering training missions. What a software package. Good memories.

EB, that’s a name I haven’t heard in a long time. I didn’t own a computer at the time, but my friend did. Wait, yes I did own a computer, but falcon wouldn’t run in it.

I was still in high school and just few months before I had bought from a friend his Falcon 3.0 plus Operation Fighting Tiger.

When news reached me the finally Falcon 4.0 was available in Italy I scrounged up together all the money I could find and bought it.

At the end of the day my PC was actually capable of pretty nice performance but I must admit I sincerely spent so many hours just reading on the manual, that for once was actually all translated efficiently and precisely in Italian.

It took me ages to become even barely proficient mainly due to the fact our internet was Pay-per-hour still and I was way too shy to actually even try to play online or look for a proper squadron.

I absolutely loved the Mavericks and the Guns-Only Dogfight.
The intro to the various campaigns, the music, the voices in game…

I was truly, truly, excited.
The only other time I felt almost the same way was when I finally booted up for the first time DCS: A10C- Beta.

I forgot F4 was released then. I remember my wife bought it for me at EB (we’d been married only 4 months at the time) and she got the binder edition. Still have it. Quite simply the last flight sim to have a good printed manual. Starting in '99 we got the slimmed down ones and then finally the move to digital.
I think she actually gave it to me for Christmas so I had to wait a few weeks, but given the early state and patches coming out I was fine with that.

I remember far more Dec 7, 1991. It was both the 50th anniversary of the Pearl Harbor attacks and the day Falcon 3 released. I bought it on 5.25" floppies, took it home, spent an hour trying and failing to install it with disk errors.
Returned to the store for another copy.
Went home, same deal.
Returned to the store and instead got 3.5" version. Installed like a champ. Found out later on Prodigy the 5.25" install routine was BUGGED and would NEVER install. Way to go SpecHolo! People had to sign onto the BBS and DL a replacement installer to use the 5.25" disks if they didn’t have both size drives or were unable to swap like I did. 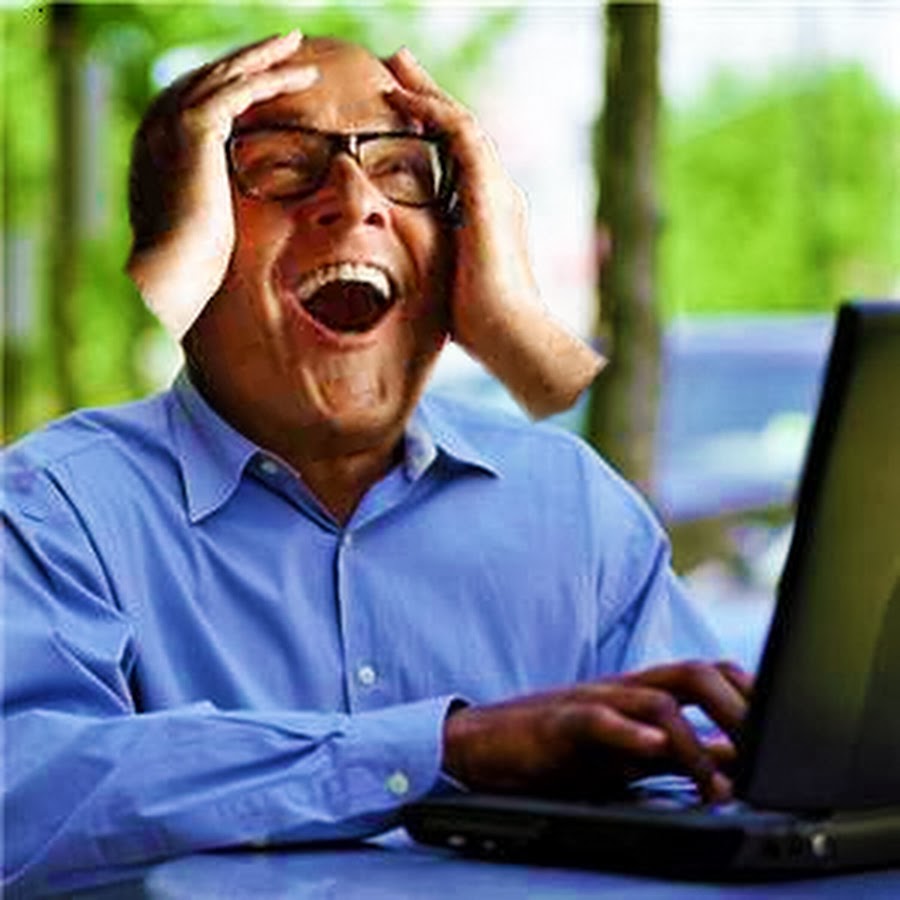 I was only two months old. My mother heard the news on the radio…oh, wait a minute, that was JFK.

The day it came out? … we were living in Stuttgart Germany (stationed at Parch Barracks; HQ USEUCOM staff) and my lovely Mrs. Hangar200 purchased it for me from the “Power Zone” in the PX. It was not on the day it came out…probably a couple months later.

I went to the game store. Remember when we had those. With a door and roof?
I asked when they expected to get copies of F4, and the clerk just pointed at the shelves…
It wasn’t on release day, because I remember reading about how hard it was to land. I went home, installed it and gave it a go. Nailed the first landing…! I remember being in awe over the GUI with the chatter, the reflections in the canopy, and the sound of sitting in the cockpit.
F4 had its share of release bugs, but it was amazing!
I have bought several copies, including the binder edition. I started flightschool a couple of months later. Suddenly I found myself living in a dorm with other flightsim enthusiasts and a LAN! Good times!

Starting in '99 we got the slimmed down ones and then finally the move to digital.

Well, perhaps include flightsimulator 2000, that had a beast of a manual too!

I am personally quite happy with digital manuals but that’s me.

I started with the Binder edition…If I recall…the Binder didn’t come “assembled”, you had to separate the sections and add the section tab pages…whichs similar to how manuals are distributed in real squadrons…which made it that much more betterer

Once I read that you are supposed to set the speed brakes, I nailed every one after that…almost every one.

I remember. So cool! If only there were weekly updates too…!

Never could bear to part with this -

My wife and I were at the mall. We split up and when we met back up I had Falcon 4.0 in the top of the bag, hiding a new Soundblaster under it. That was my Christmas present from her that year.

Remember how those SAMs would launch and look like telephone poles taking off? Whenever I grabbed a beer bottle from the fridge I would announce, “Launch, launch!”

I don’t think I still have my map

It was the first ‘real sim’ for me; the rest were mere games and I mean that in the nicest way. Falcon 4 was the first sim that drew me in and turned me on to the simmer path that I have been on for 20 years

After that I developed a love of aviation and flight sims and a friend of mine teased me by showing me Falcon 3 - but, alas, the hardware that I had access to couldn’t handle it. Falcon 4 was the sim to put me into the serious-about-it category. I bought hardware ready to play it and enjoyed it a ton - eagerly anticipating each patch to fix issues I had run into.

I will swear to this day that I remember the exact point when I fell for flight sims as a hobby. I was flying one mission in Falcon 4 to strike a bridge or something - that part is fuzzy. I was moving along the flight plan, trying to hit my steerpoint times and waiting for it to crash or lock up when the AWACS called for me to divert to help other friendlies who were getting mauled by enemy air. An AI AWACS interrupted my scheduled flight and called for me to divert to an air-to-air mission. I was floored. I’m not even sure that the sim or dynamic campaign was smart enough for that and I mis-heard but damn, I had never felt like part of the action until that point. My memory of the moment could be (likely is) shoddy but I don’t care. Falcon 4 had me hooked.

Seriously, who at MPS even came up with that design?

“But instead of featuring multiple systems that can be damaged by enemy fire, ONLY the engines can be hurt.”

“With each hit, your thrust is reduced by about 15%…did I not mention that is the only way damage is realized? You won’t have an engine fail or catch fire or anything, both engines get identically weaker.”

“Finally, after multiple hits, say 5 or 6 SAMs or AAMs, your engines will be putting out so little thrust you’ll just fall out of the sky and hit the ground, at which point you finally WILL explode.”

Found some old manuals and the F4.0 binder. Wish that I could say that it was in pristine condition, but all of the parts are here.

One of my other favorite manuals is the Flaming Cliffs 2 binder circa 2010. If memory serves, I purchased this separate from the sim, but perhaps on the ED site?

Lastly, as well as Jane’s 688 Attack, I still keep the Jane’s F/A-18 manual around. No doubt this group could round up a bunch of these were there a need

I think I still have all my flightsim manuals, including Flight of the Intruder, for the Amiga 500

I remember seeing the shelves stocked with Falcon 4.0 and being mesmerized at how big the package was. Already had Longbow 2, though.

I got my binder copy of F4 a few years after it came out, maybe 2001 or so (I was in college is all I remember). I had started with the Falcon series with F3, which I had installed on my gaming rig until I found out about BMS and then I finally made the plunge. I had installed F4, found out how buggy it still was even a few years later (and hardware intensive) and shelved it. BMS of course changed all that, so I was overjoyed.

As far as manuals go, I’ve never tossed one. If I take a look at my shelves, I’ve got boxes back to the Apple 2E days, and still got all the documentation. I REALLY miss the big thick MicroProse manuals, those were great reading. I would seriously spend $60-$80 for a modern title that I could get on Steam if the hard copy version came with the quality and quantity of documentation. Cold Waters for instance, I was already stoked about it being RSR redux, and if they had a version with a big high quality manual, I’d have been a day 1 buyer. Sadly those days are behind us.

IIRC, I bought Falcon 4 when I was getting settled into NNPTC as a young baby nuke, so that would make it probably early spring, 2000.

I knew Falcon 4.0 was in the development cycle when I was still in high school, but was wary of having to do the boot-disk dance again like I’d had to do for 3.0 and all its add-ons. Plus, I’d eagerly been following the development of X-Wing: Alliance, and knew I’d never be able to justify getting both games to the Parental Units.

I waited until I got to Charleston and ordered a new system, a smoking-hot Gateway 2000 with a P2/450 and I think a Voodoo 2 card IIRC. Bought an X-36 HOTAS at Best Buy across the street from Northwoods Mall in Northern Charleston (because I wasn’t allowed to have my car yet on base, I had to rely on the “loser cruiser” bus that ran from base out to the mall multiple times during a weekend), and I believe I picked up Falcon 4 and MiG Alley the same weekend at either Best Buy or EB.

Still have the manuals and original jewel cases for both games, though they’re buried in a closet at the moment.

On an unrelated sidenote, I remember picking up SSI’s Flanker 2.0 while I was at the store, briefly considered it, decided I had no interest in flying only Russian planes, and put it back on the shelf.

Only took me a decade to come back to that franchise…