Welcome again to our annual Mudspike Christmas Flight! For our third year running, we will deliver packages, hopes, (beverages), and spread good will across the globe as we make our way from our homes to our target location. This year, our rally point is Christmas Island (the Australian territory) – landing at Christmas Island (YPXM). As with previous years, the rules are pretty loose – just get there before January 1st if you can! Conceived by longtime simmer Deacon, the Christmas Flight has given us the opportunity to come together as a community for a fun and laid back event surrounded by the spirit of goodwill that the holiday season often brings. 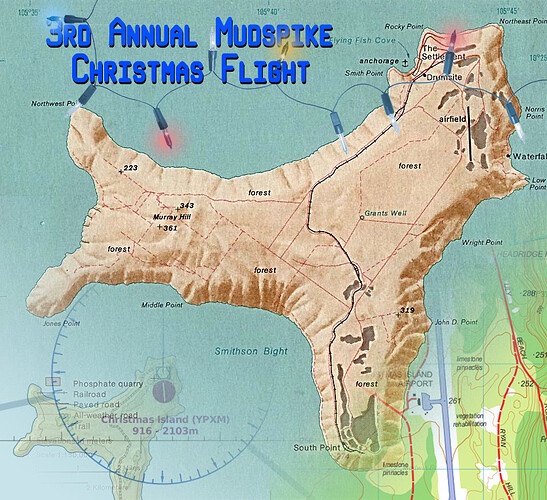 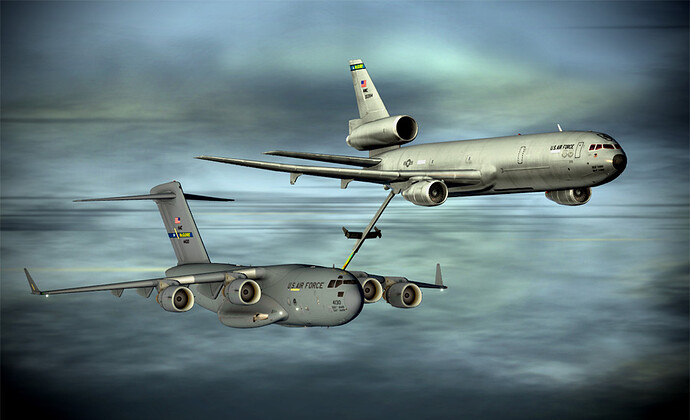 In the interest of being inclusive, your flight does not have to be a “Christmas” flight – instead, celebrate the New Year, or Hanukkah, Festivus, or whatever you feel represents the spirit of the event.

SkyVector.com – Great online general flight planning tool with maps and enroute charts (you’ll have to find individual country IAPs along your route though) 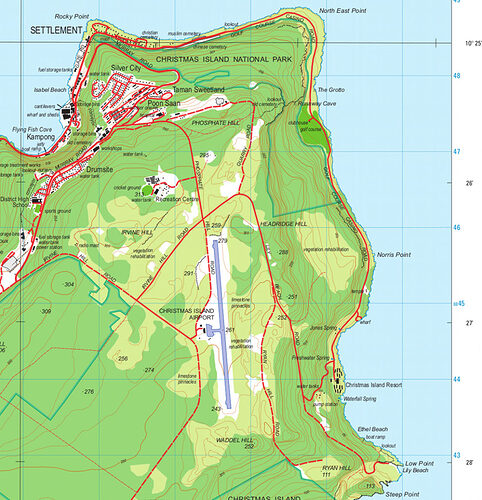 We look forward to reading about everyone’s adventures, observations, and mishaps…! I’ll be starting my flight from the airport nearest me (KAKH – Gastonia, NC) and I’ve got some 9,200 nm to cover..so I’ll be getting started soon! 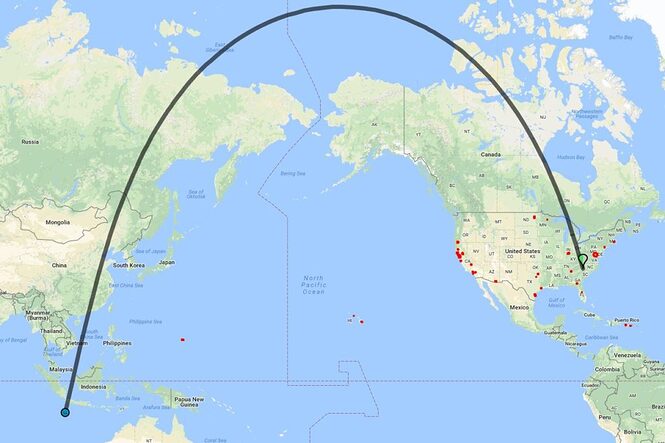 Using mainly a computer, I’ve calculated there are only 69 days left before Christmas Day. Hmm, I need a plan. Or at least some eggnog.

I always thought that was two separate words. You learn something new every day…

Using mainly a computer, I’ve calculated there are only 69 days left before Christmas Day. Hmm, I need a plan. Or at least some eggnog.

Didn’t you fly a Space Shuttle or something to last year’s event?

Didn’t you fly a Space Shuttle or something to last year’s event?

First year was with the Wright Flyer here and was taking a while, so tried to speed it up a bit at the end with the Space Shuttle. It ended badly.

The second year I slowed down a bit and tried the SR-71 here. I had trouble finding runways where I could land and it ended badly.

This year I might MD-80, or at least something not so daft.

Wait a second… I have FSX: Steam Edition on my computer. That still works at least most of them time, right?

So long as you don’t try to do anything too fun.

So long as you don’t try to do anything too fun.

So you’re saying don’t do the flight in the SR-71?

I’m just saying FSX.EXE HAS STOPPED WORKING. We need @EinsteinEP back, listening to him try and knife fight FSX with the Concorde was spectacular.

I’m just saying FSX.EXE HAS STOPPED WORKING. We need @EinsteinEP back, listening to him try and knife fight FSX with the Concorde was spectacular.

That was entertaining to read. FSX.EXE HAS STOPPED WORKING has resulted in many tears for me over the years…

It’s only until I get a video card that can run XP11.

Actually Glowing Heat produced a SR-71 for FSX…and I assume P3D up to v3…that comes with an excellent manual for flying the plane up to altitude and Mach 3. I think it also does simulated airborne refueling.

I may give it a try.

EDIT: Hmmmmm…my nearest airfield is Langley AFB, KFLI…infact I just saw two Raptors take off…but I digress. I am pretty much on the opposite side of the globe fro YPXM. Flying an SR-71 I should probably keep the flight to military/dual use bases with long runways,

West is shorter by approximately 150 Nm, but heck, at Mach 3 that’s nothing. Plus the route is mostly water-I’ve seen enough of the Pacific in real life. And all the airfields are USAF airbasess-Edwards AFB, Hickham AFB and Anderson AFB…sure great O’Clubs and if I want to squeeze in 18 during the stopover, nice golf courses…but I think I’ll take the “scenic” route. UK (ok, EGUL is essentially a USAF base, but it’s name is RAF Lakenheath), Cyprus, Qatar, Thailand and Singapore.

I knew the FSW is too young to pass the qualifications

Once you will be over YPXM you dont need that Black Bird any more. Small (1/72) hint follows

My initial idea is to stop in Singapore and download as much fuel as I can and still make the 700 Nm+ flight to Christmas Island at airliner speeds and altitudes, arriving “on fumes” so maybe – maybe I’ll be light enough to stop within 6000 ft.

The only problem I see is, where do you put the beer?

LOL! That would work! They used to have a MSFS skydiver - I think you had to select it as a new aircraft…but I wold make all the ejection sounds while I switched over