A-20 HAVOC most underrated bomber for ground attack

I think the A-20 Havoc is probably the best ground attack plane in il2. For the following reasons:

2.) It is extremely ROBUST. it can take heaps of damage from AAA etc

3.) It can perform well on a single engine. When an engine goes out just feather it and fly home. Still has adequate performance to gain altitude.

4.)Also, for its size the Havoc is quiet nimble and it is no slouch in the speed department.

Below is a video of a Single A-20 in the ground attack Role. I think it creates an enormous amount of damage. I agree, I like the Havoc a lot. It’s not great if fighters set on you, but just you vs ground it’s very capable. Especially in a harbor where the bombs on a fighter do so little to ships.

Wait… Nobody picked that reference up?
Am I… Am I too old?

1992 Romantic Film: Mel Gibson, Army Test pilot (think that’s where the B-25 comes in) gets frozen in 1939–some kind of frozen animation experiment–and somehow gets forgotten. In 1990’s some kid finds him…and eventually he’s reunited with this old girl friend…something exciting about flying a B-25…end the end the aging catches up but that’s OK because his girlfriend isn’t exactly a fox anymore. Lands his plane on a taxiway, narrowly missing a B737…oops, sorry, that was Harrison Ford.

A romantic film from 30 years ago with a plane and a stellar cast?

Are you too old? Always.

A romantic film from 30 years ago with a plane and a stellar cast?

Are you too old? Always .

I understood that reference!

Have to check when I can use something other than my phone but I am fairly certain the B-25 used in the movie Forever Young belongs to Planes of Fame in Chino. 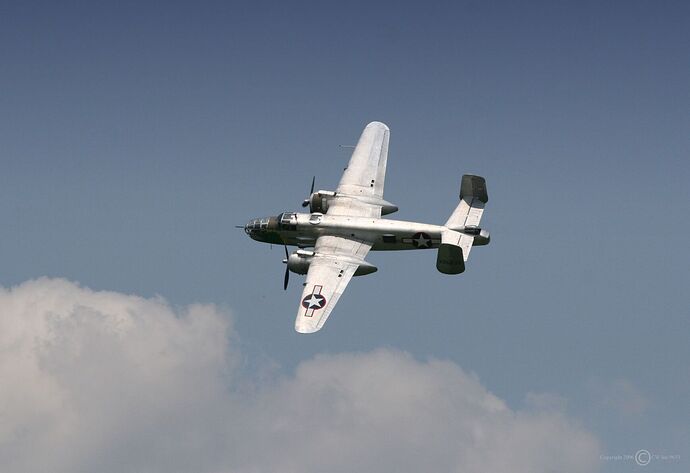 You are correct Sir!

Been a long time since I last saw the movie @Sine_Nomine but I seem to recall the plane was not called a B-25 in the movie. It was some other fictional prototype so any comparisons to the movie regarding a real life time line are immaterial.

There’s one of the most popular quotes from Mel Gibson in that movie that states :
“If you can land a B-25, you can land anything” 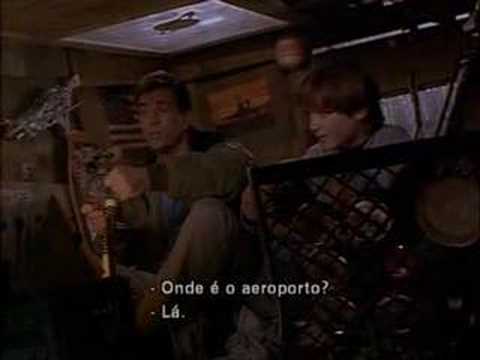 Correct me if I’m wrong, I think they used @Troll’s first sim pit –simBox 1.0–to film that scene.

to film that scene

That’s what paid for the SimBox NG…