That would still not rebuild the cockpit to the A version

A10 is just big and slow, one needs to be patient with it.

F15 is good choice as it is just more agile and can give you that feeling of flying a fighter.

F15 is good choice as it is just more agile

It also is very easy to end up slow and low in, out of altitude, airspeed and ideas. The key to flying the eagle well is to rarely if ever pull your stick to it’s stops.

Sounds like you need the best of both worlds! 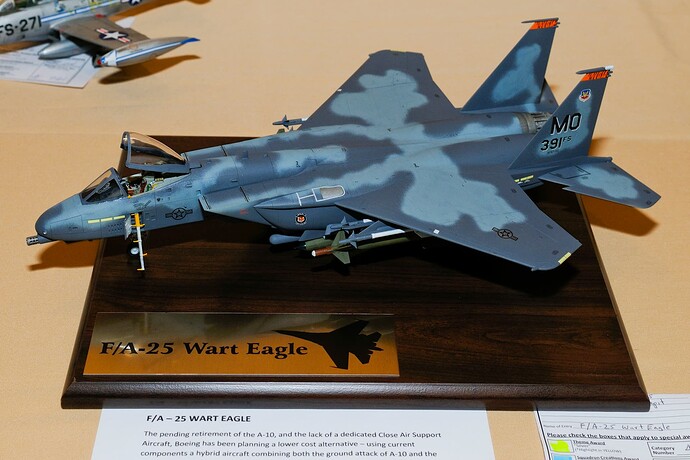 Oooh I wish I had the body of a tomcat. I got the wings but the rest of me is too fat.
I’m a bit too slow and got not enough go. But by god can I carry a large load.
I was formally known as an intruder, but now I got a fat tail and am like a prowler.
Got no bombs and not near the sound barrier.
I’m still pretty cool and nothing will stop that, but I know in my heart that I’m just not a tomcat

It’s 8 in the morning. I’m Obviously firing on all cylinders today