May be of interest:

For existing Aerofly FS 2 customers we would like to summarize what has changed in the new Aerofly FS 4 Flight Simulator and what new features there are in the new sim.System RequirementsAerofly FS 4 uses relatively new graphics features which may...

For existing Aerofly FS 2 customers we would like to summarize what has changed in the new Aerofly FS 4 Flight Simulator and what new features there are in the new sim.

Aerofly FS 4 uses relatively new graphics features which may not be available on older hardware.

If you previously used high or ultra graphics quality you now need to bump that down a notch or even two. We changed the graphics settings to make full use of new and modern graphics cards and the ultra setting is only recommended for these cards.

Aerofly FS 4 features new real-time dynamic multi-color lights that illuminate the ground and objects in the scene - You’ll see landing, taxi, nav, beacon, strobe lights, etc. and airport apron flood lights in some of our screenshots. These lights are quite optimized and there barely any performance impact from them.

We’ve changed the way how and when airports and scenery tiles get loaded. With a global airport database we know ahead of time when we get close to an airport that needs to be loaded for rendering. The loading then happens in the background and only for the closest airports that you can see. Images and elevation data as well as the new buildings and trees are also loaded in this manner.

With this change the Aerofly FS 4 application loads even quicker than Aerofly FS 2, On our hardware we measure a time from desktop to flying in as little as 12 seconds on a freshly restarted PC with SSD.

Aerofly FS 4 now uses our own cloud rendering techniques which allows us to increase the cloud draw distance significantly.

Aerofly FS 4 still has global coverage of lower resolution aerial images and elevation like Aerofly FS 2 as global navigation data. So you can still fly around the world like before. To limit download size Aerofly FS 4 has several free Addons (DLCs) that you can install to increase the high detail region size or ground image resolution.

All US regions that were previously DLCs for FS 2 are now included in the base scenery of Aerofly FS 4.

Oregon and Washington states have been added to the base scenery region, so now the base simulator scenery now covers the entire west coast and reaches far in land up to Colorado and Arizona. The Florida Keys and Miami region as well as the New York metropolitan area are also included.

A very large section of Europe is available as a free DLC covering everything from West-Europe up to a line from Estonia to about Moldavia, Bulgaria, not included yet are Greece and Turkey at this time, but we’re continuing our work in Europe as well as other regions.

Looks nice. I enjoyed FS2 in VR but couldn’t get past some of the quirks in the sim. FS4 looks really tempting.

As seen from the perspective of a VR user? I share your sentiment and will take a pass as well.

I don’t think the graphics is that bad, but it is a mixed bag… The detailed scenery is rather good, but the generic is bland. It is easy on the hardware resources, though, which means a fluid VR experience.
I was quite impressed with the feature log and I will give it a try.

I wish it were merely bland

But it is horrid , i tell you , horrid !
I spend a lot of time very low in DCS with a Reverb . Dead fluid and no stomach dismay while pulling inverted over a ridge , rolling 90 and slicing on a knife-edge down into a gorge , reversing the turn to follow the canyon 100’ off the deck .

Merely looking at the water or vegetation in FS2 , however , makes me feel a little queasy . Even the pic above showing a little of 'Frisco Bay illustrates my point .

Perhaps you have a stronger stomach than I , or perhaps all artwork need not be universally appreciated

Yep you are right! Hideous! Absolutely hideous! I… I… Hrrllgggggg!!! 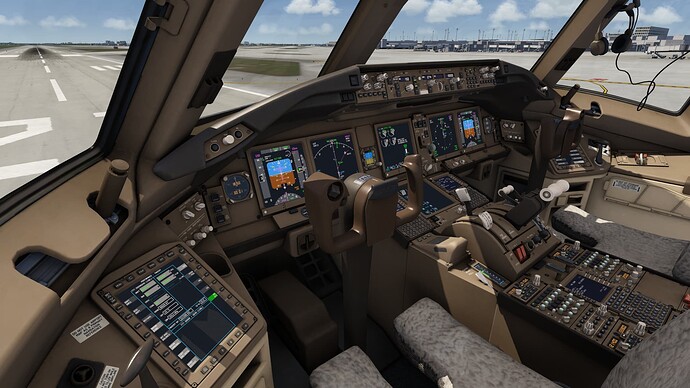 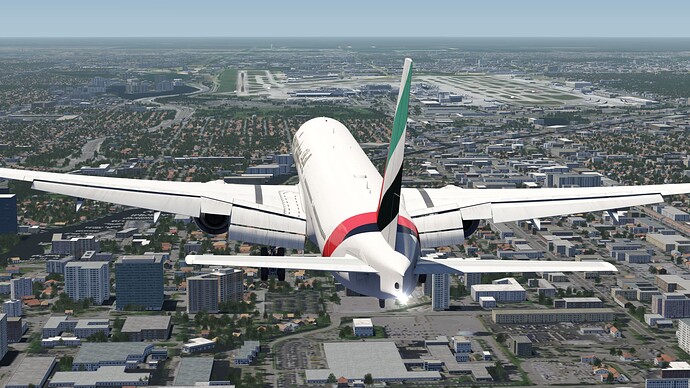 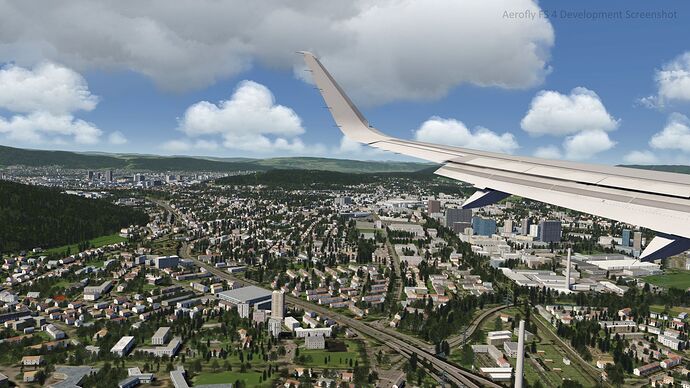 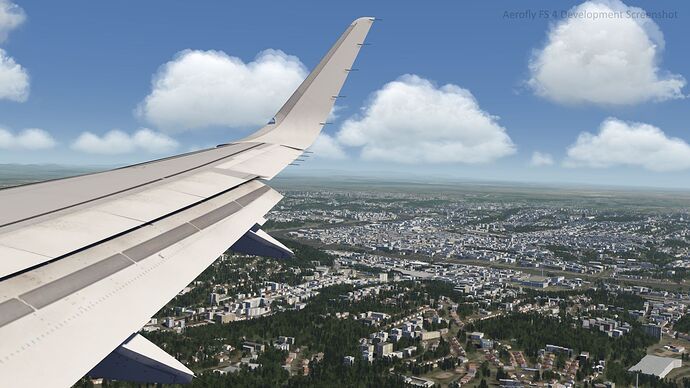 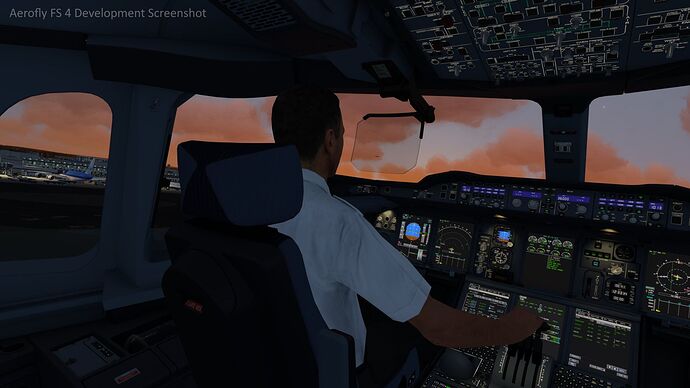 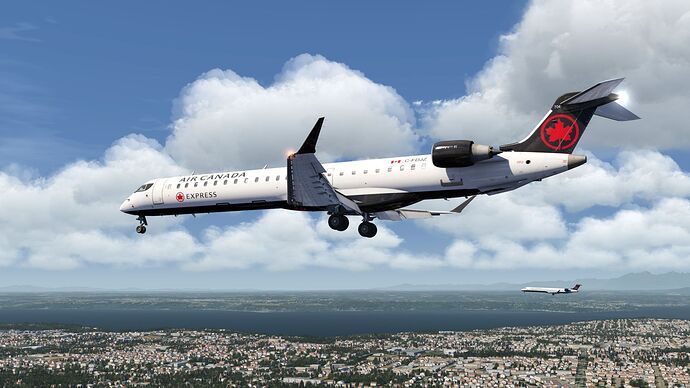 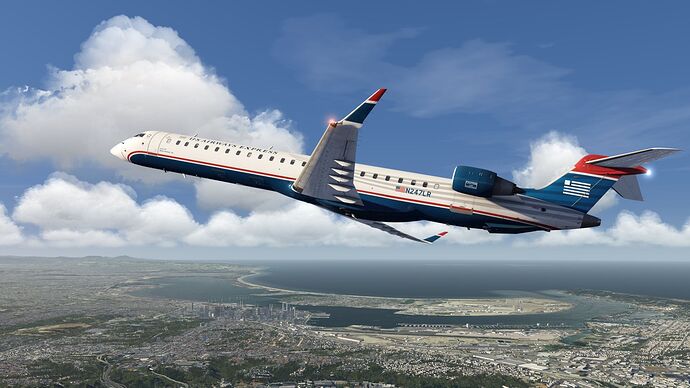 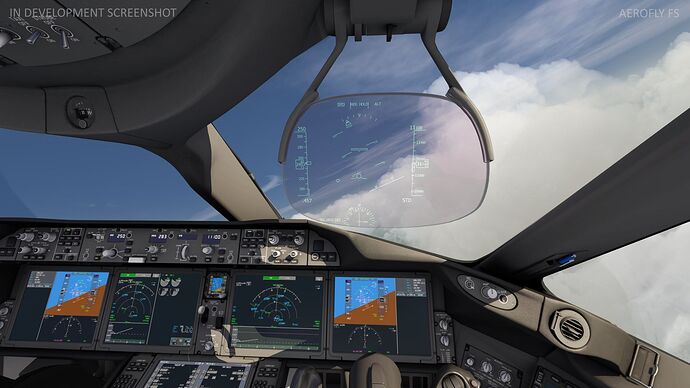 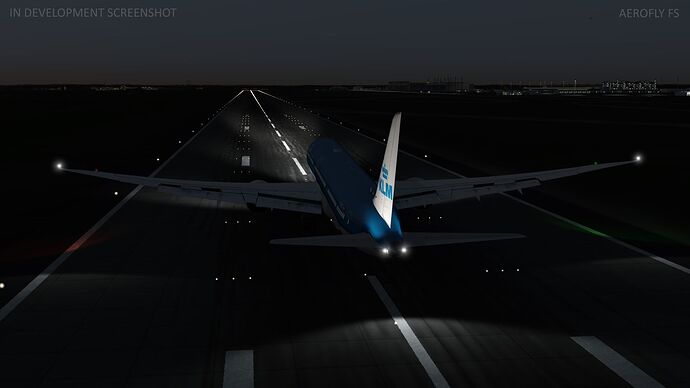 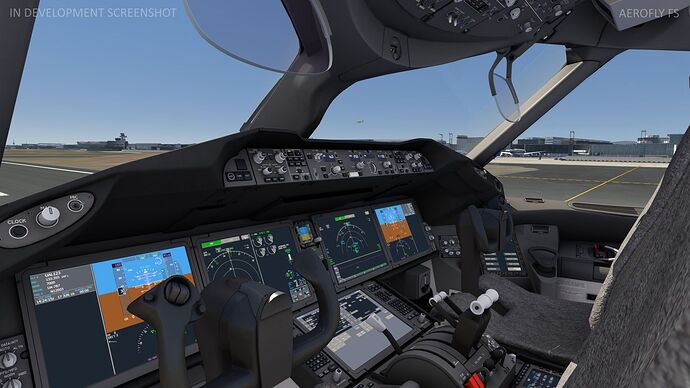 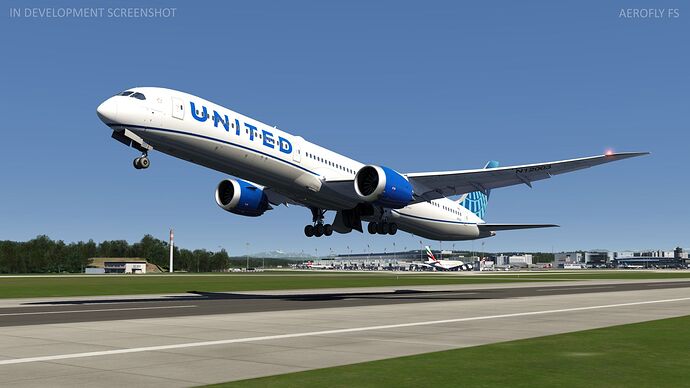 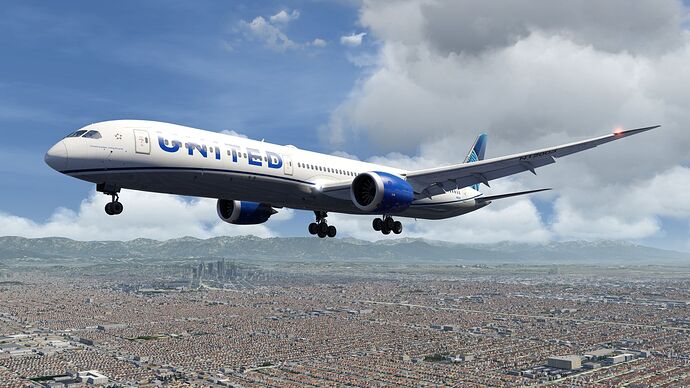 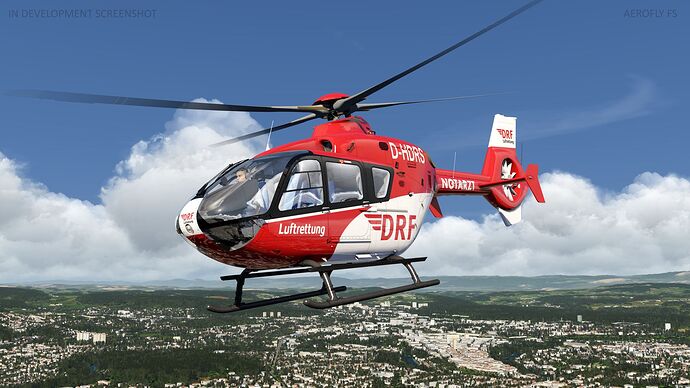 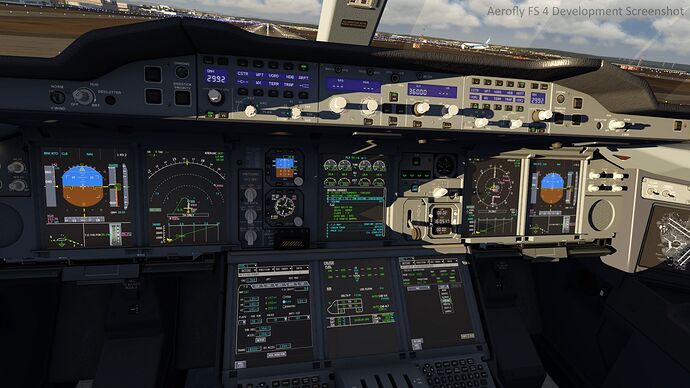 I always found AeroFly to look great (within the high detail areas), have excellent flight physics and run exceptionally well in VR. I am sure this will be a great update to the sim….unfortunately it will have a hard time gaining traction when there is a 400 Lb Gorilla sat in the corner of the room wearing a Microsoft/Asobo flight jacket, replete with a red Remove Before Flight flag attached to one of the zippers (I had to chuckle at the flight jackets featured on the recent Asobo/Smithsonian video)…

I think the biggest problem Aerofly will have, and has had, is getting dedicated simmers to simply accept it for what it is, instead of expecting / demanding it to be direct competition for MSFs. (For instance)

I myself think of it as surprisingly technically proficient medium-level VR and also phone/tablet oriented sim.

or perhaps all artwork need not be universally appreciated

Exactly. I lead with “I don’t think”, for this very reason. 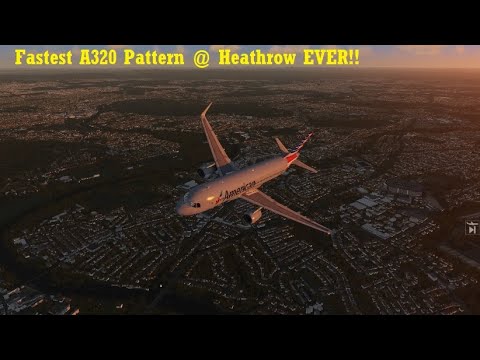 Honestly since MSFS2020 came out I’m not flying any other civil flight sim (I have AeroFly FS2, X-Plane 11, few older MSFS, DTG Flight School/FSW). One - I don’t have enough time, second - MSFS2020 suits all my needs.

Good to know! Meanwhile I am, perhaps not too unexpectedly, finding Aerofly pretty stunning in its Vr clarity and speed (I actually thought there was something wrong with my FPS counter, until I realized Aerofly simply had it pegged solidly at my screens max refresh rate of 144hz)

Add in some nice ATC, and I would be a pretty happy camper!

its really tempting … btw was thinking lately about all the problems people have with DCS carrier landings and AAR … maybe, just maybe it could be caused be the lack of smoothness of DCS (low fps, stutters, microfreezes etc.) !?

I immediately recognize that my sims are not running 90+ fps but 60 instead on my pancake, somehow just can recognize the lack of fluidity

thats why its so tempting to try this one. can anyone provide some pics / vids of eastern europe scenery ? like czech / slovak / poland / hungary terrain ? that could be the selling point for me.